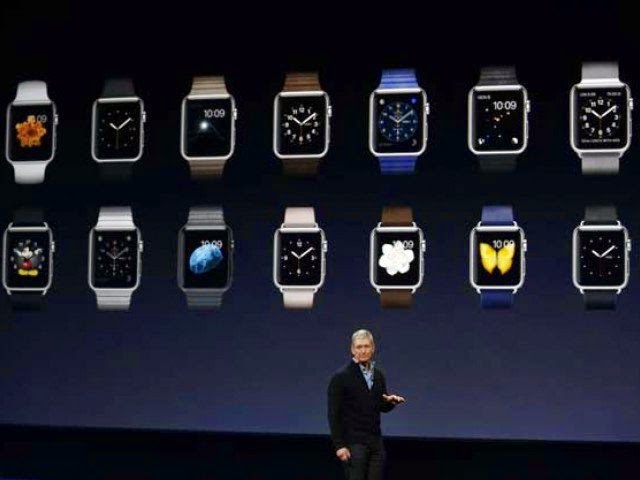 It was sometime in 2005-06, when one of India's big vehicle manufacturer, Tata Motors, displayed it's latest creation, a car, at the Auto Expo exhibition in New Delhi, claiming that this car would be the true people's car that would be sold under one hundred thousand Rupees. A 2008 study, by Indian rating agency CRISIL, thought the Nano would expand the nation's car market by 65%. 'NANO' made its debut in 2009 and Tata Motors announced plans to make 2500000 cars every year from the brand new factory that was coming up. Surprisingly, when the company started supplying the car, something totally unexpected happened. In the first year, Tata Motors was not able to sell even 70000 'NANO' cars. This figure progressively came down and in the year 2013, company barely managed to sell just 12,322 NANO cars.

So, what exactly went wrong with a car that was considered nothing short of being revolutionary in its design. I asked to myself. Would have I bought this car? My frank answer was a definite 'NO.' It was no doubt technically a very good product, had attractive shape, finish and also comfortable to sit and drive. Yet, I did not feel associating myself with something that is called as cheapest. Every car owner feels in his heart, that his neighbours must envy his car. With NANO, the reaction would have been the opposite. This has been the exact psyche of most of the car buyers in India and that is why NANO had no appeal.

The launch of the Apple Watch on 9th March 2015, though on much grander and lavish scale, brings up the same basic question; would the watch sell like its predecessors from the Apple stable like iPhone, iPod and iPad? (Apple sold 74.6 million iPhones in just the last quarter.) Or it would be just another high tech product. Apple had announced its plans for Apple Watch, last year to much fanfare and had said that it would begin shipping in April 2015. It is expected to be Apple’s first new product type since the launch of iPad in 2010.

There are already number of players in smart watch sector that includes South Korean giants Samsung and LG, Japan’s Sony, Motorola, acquired by Chinese giant Lenovo and finally China’s Huawei. There are also some startups such as Pebble. Combined worldwide sales quantities for smart watches are under 5 million.

But what these smart watches do additionally than keeping time and telling you the date? Those of readers, who use smart phones, would know what push notifications are. These are brief text messages that appear on smart phone screens from the Apps that the user may have in his smart phone. These notifications inform the user about new mails, messages, stock quotations and all kind of news; from political to sports. The main problem with presently available smart watches is that the watch wearer can not be selective about notifications, as we can do with a smart phone; they are something of an all-or-nothing phenomenon: either you get utterly bombarded with notifications or you get none. Smart phone users can visualize, how irritating it would be to keep receiving a torrent of notifications on your watch all the time with a little gong sounding and disturbing you. This is perhaps the main reason why none of them have really caught on with insignificant quantities of smart watches sold worldwide in 2014. Another concern for the user is the battery life, even if it is rechargeable, when the watch runs so many applications, though Apple promises “All-day” battery that would last about 18 hours of life.It can be charges by snapping a magnetic charger to the back of the watch. (Fantastic innovation!)

Let's see what is new in Apple Watch. Firstly, it would be integrated with the iPhone and its software ecosystem, and its range of apps. Secondly, the watch will have sensors for health and fitness like monitoring the heart rate, something what now popular health wrist bands do. It will control music playing on your Apple device or even TV. Apple Watch will present news, health readings and other notifications in creative ways that can be read at a glance. It will have a heart rate monitor and accelerometer, and an internal motor that can signal the wearer with a subtle "tap" on the wrist. Later, when suitable Apps are developed, it could be used as a boarding pass, an electronic "key" for hotel doors or even cars. By tapping a finger on the watch face, wearers can send Instagram photos, sketch and send a dynamic drawing to a friend, and see who’s calling. Return calls with voice or a voice-to-text messaging functionality. 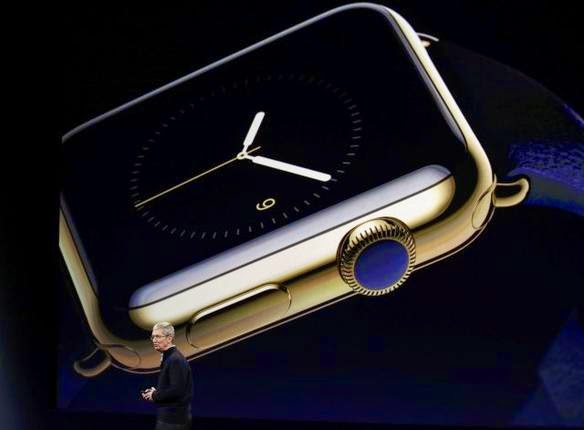 Apple has indicated that the entry price would be $349 in the United States, and that two different sizes would be available in three collections, including the “Apple Watch Edition,” featuring 18-karat gold cases in yellow or rose, sapphire crystal and finely crafted bands and closures. The top model, Apple's high-fashion "Edition" , made with 18-karat gold, is expected to cost US $ 17000.

There is no doubt in anyone's mind that Apple would be able to achieve massive sales in the initial stage. With its powerful brand, massive distribution network ( 400 retails stores) and deep pockets for advertising, some research firms are already predicting first year sales quantities around 13 to 15 million. But some analysts have doubts about the watch being a long term success story on three counts; there is no need for the product, the product is not exciting and why should anyone pay such high price if Apple keeps on releasing a new model every year or so -- as it does with smart phones.

I have a feeling that this is where the NANO marketing disaster experience fits in. If Apple advertises its watch on technical issues and basic features only, I am afraid that it will not be able to change the game much. In other words, it's low end (below US $ 1000), watches might sale initially, but the sales could taper off. But if Apple manages to position its high end watches as a fashion statement, they may turn to be a game changer. People will grab new models year after year, without bothering about basic features, only if Apple Watch can upgrade itself to Longines, Rolexes and Patek Philippes of the fashion world. The right brand image would be the key and not the features and the cost.