In our solar system the four planets, Mercury, Venus, Earth and Mars are often called as inner planets as they are nearest to Sun. The planets that are nearer to the Sun, than earth; Mercury and Venus, with Mercury being the closest are sometimes called as inferior planets. Because it is the closest planet, Mercury is just 47 Million Km away from Sun at perihelion compared to Earth, which at perihelion is 147.5 Million Kms away from Sun. Because Mercury is so close to sun, its surface temperature can reach a scorching 450 degrees Celsius in day time. However, since it has no real atmosphere to entrap any heat, at night, temperatures can plummet to minus -170 C.

Observing Mercury from earth is really a challenging job, as it is always seen in the vicinity of sun. This makes it practically impossible to observe the planet except for a few minutes before sunrise and few minutes after sunset. This is possible only when the planet is not occulted by the sun or is transiting the sun. One of the best analogy for this phenomenon was given by H.J. Bernhard, D.A. Bennet and H.S. Rice in their 1941 classic book, "New Handbook of the Heavens," where they say: : "Mercury stays close to the Sun like a child clinging to its mother's apron strings."

Nine years ago or in last week of February 2006, I had read reports on the net that a best window of opportunity was available then for viewing Mercury in the evening sky as it was positioned around 18.1º to the east of the Sun. It was even possible or there was good chance of seeing Mercury even with naked eye as it was shining at a very bright magnitude of -1.0 almost comparable to Sirius, the brightest star. I decided to make most of the opportunity and left for a nearby hill, where a friend of mine had built a farm house. I set up my Meade ETX-90 telescope pointing slightly south of west horizon, the predicted place for Mercury to be after sun set. My only concern was that the chance may be spoiled with clouds that are always seen on western horizon at sun set.

But, I was very lucky that day, as there were a very few clouds and I could observe the innermost planet of our solar system as a very bright "star" shining with just a trace of a yellowish-orange tinge. That sighting was so memorable that I can still remember exactly how it looked through my ETX-90. I had seen something on that day that very few amateur astronomers manage to do. That is why that Mercury is often been cited as the most difficult of the five brightest naked-eye planets to see or as the elusive planet. 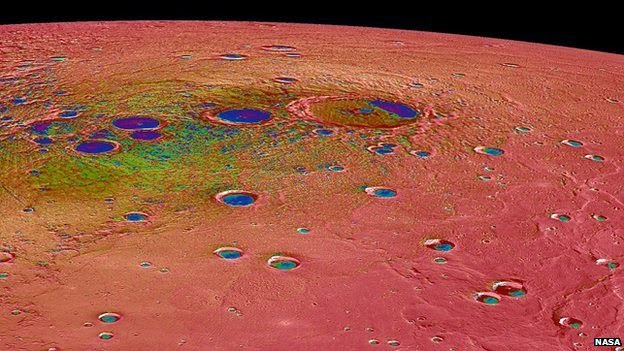 It is therefore no wonder that till recent times, we knew very little about Mercury and the hot rocky world remained a mystery. On August 3, 2004, NASA launched the Mercury Surface, Space Environment, Geochemistry, and Ranging (MESSENGER) mission to the planet. MESSENGER performed a sling shot maneuver around Earth and twice around Venus before gaining enough velocity for a voyage to Mercury. It reached Mercury on January 14, 2008, a voyage of nearly three and a half years. Messenger has been orbiting just tens of KM from the planet's surface and has by far collected some high resolution data. Messenger's altitude above the planet has been dropping since the last orbital correction maneuver on 21 January 2015. Five further engine burns will be carried out before the probe finally slams into the planet on 30 April. 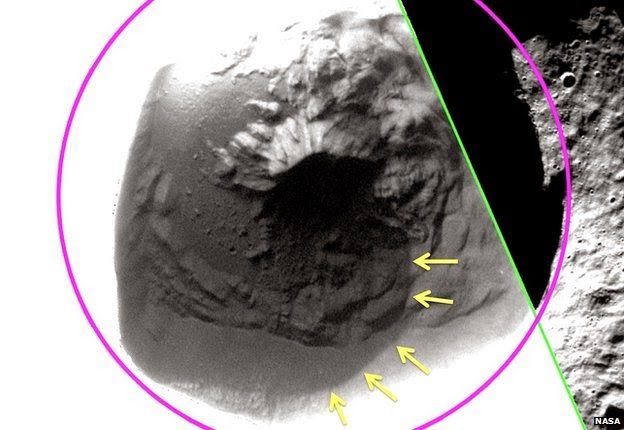 Messenger has found out that there is water ice in the craters around its north pole, which remain permanently shaded from the heat of the sun. It is believed that Comets or meteorites may have delivered the ice there. 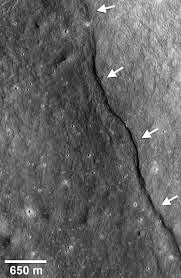 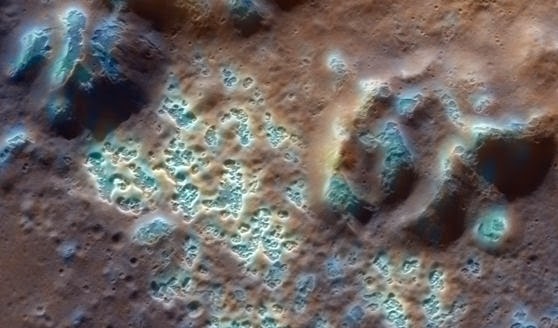 But the most interesting observation done by Messenger spacecraft is the discovery of strange hollows or depressions on the surface of Mercury. Images taken from orbit reveal thousands of peculiar depressions at a variety of longitudes and latitudes, ranging in size from 60 feet to over a mile across and 60 to 120 feet deep. No one knows how they got there. One thing is certain, they are not impact craters. There is a theory that hollows probably formed when some ingredient of rocks on Mercury exposed to the harsh environment of the planet's surface evaporated as gases due to process of sublimation, where solids change directly into gas.

In the month of August this year, a new mission for mercury, known as The BepiColombo mission will be launched. It will consist of two separate orbiting spacecraft: the European Space Agency's Mercury Planetary Orbiter (MPO) and the Japan Aerospace Exploration Agency's Mercury Magnetospheric Orbiter (MMO). MPO will study the surface and internal composition of our solar system's innermost planet, and MMO will study Mercury's unusually powerful magnetosphere, the region of space around the planet that is dominated by its magnetic field. The twin orbiters will also search for more signs of possible water ice in some of Mercury's permanently-shadowed craters.

The studies done so far have proved one thing. Mercury is hardly a scorching dead planet, where nothing is happening. Mercury was the ancient Roman god of commerce and messenger of the gods, and the planet Mercury was named after the Roman god. Mercurial meant in medieval English meant "relating to the planet or god Mercury." With the latest observations, calling Mercury as a mercurial world may not be far off the target as it is a highly dynamic and changing world.