The case of the unknown messenger 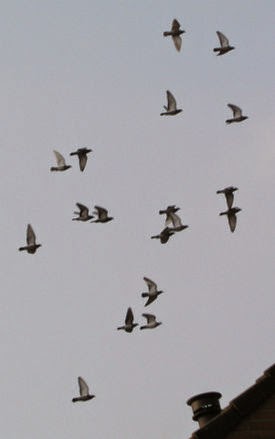 During my school days, I used to walk to school for number of years. On my way, I had to cross a bridge on the river. I would often see Pigeons flying over the bridge and always wondered as to why and what purpose they flew in that fashion. Later, a classmate explained to me that all those Pigeons were reared birds and were trained to fly a particular path to home under command of the bird trainer. He also explained that the Pigeons that I saw, almost everyday, were being trained for racing.

Pigeon racing also known as “Kabutarbaji” was a popular sport then. In this sport, specially trained racing pigeons were released from a spot and the time was measured for their return to home. The bird, which returned home first was declared the winner. This sport, very intelligently used the homing instinct of the Pigeons and is believed to be as old as 3000 years.

There are more than 300 varieties of species that are labeled as Pigeons, though birds of smaller species are known as Doves. There is a Biblical story in which a dove was released by Noah after the flood in order to find land; it came back carrying an olive branch in its beak, telling Noah that, somewhere, there was land. Christians used Noah's dove as a peace symbol. In modern times releasing doves is considered as a symbol of peace.

Pigeons have been also used as a carrier or a messenger pigeon to carry messages from as early as in Ancient Rome,. There are many texts, in which there are references to pigeons being used to send messages by Julius Caesar. Pigeons can carry with training, materials up to 75 g weight on their backs. Obviously pigeons can carry messages only one way, to their home. They were usually transported to their destination manually before another flight. There are however instances when pigeons have been trained to fly back and forth up to twice a day reliably by placing their food at one location and their home at another location. Carrier pigeons were commonly employed in World War I and World War II, and 32 pigeons were presented with medals also for doing their job well.

I do not think anyone would use pigeons now to carry messages in today's world of satellites and internet. Though there have been known use of pigeons in last decade including in India. Interestingly Taliban banned the keeping and/or use of homing pigeons in Afghanistan. 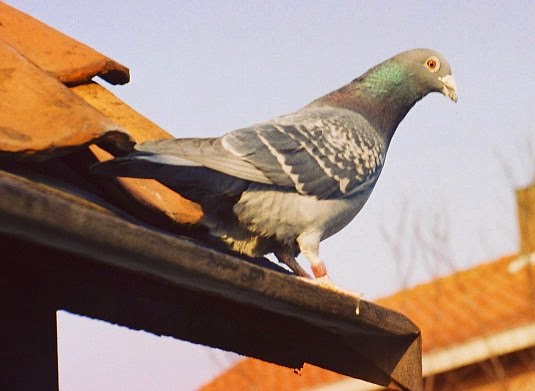 With this background, the readers can well imagine, why police from Gujarat state of India, Coast Guard, forest department, forensic experts and even the federal home ministry must have gone in a tizzy, when a lone pigeon was found on west coast of India with a chip tied to one of its claws and a ring with the number '28733' on the other claw. It all started when a security guard saw in the afternoon of March 20th 2015, a lost at sea, pigeon sipping water from a bowl at the Essar jetty, which is being constructed at Salaya shore in Devbumi Dwarka, Gujarat. The bird refussed to take flight when the security guard tried to shoo him away. The guard, very much annoyed by the daring bird got hold of him, when he saw the chip tied to its claw.

Now, let me explain. Gujarat's Dwarka coast is a very sensitive spot, firstly being very near to Pakistan and secondly having many industrial establishments around. As the security guard handed over the bird to his seniors, all hell broke loose. Fearing that the intruder bird might be security risk, the Essar security personnel decided to alert Coast Guard officials at Vadinar and hand them the bird for further investigation. The intruder pigeon was detained for a day but his owner was nowhere to be found.

Coast guard at Dwarka coast are generally extremely conscious about their job since the 26th September 2008 attack on Mumbai, that was launched from Pakistan and decided not to take the intrusion by the bird lightly. On March 23rd, the Coast Guard officials contacted the Vadinar Marine police station and asked it to join the multi-agency probe. The bird was remanded to police custody. The police officer made a station diary entry No 12/2015 at 1215 hours on March 23 and called a forensic officer to take out the ring and chip from the pigeon's feet. These items were sent to Forensic Science Laboratory, Gandhinagar for a closer examination.

The forensic analysis proved that the chip tied to one of the bird's claws had the words 'Benzing Dual' inscribed on it. This was found to be a sensor chip used for racing pigeons. Further, the Urdu/Arabic writings in blue on the pigeon's wings was interpreted as "Rasul-ul-Allah' (messenger of Allah). Meanshile Gujrat police informed the federal Home ministry to keep it into the loop. They also called the forest officials about the possible intentions of the pigeon.

Forest officials feel that such pigeons are mostly found in northern India and Pakistan and used for racing in foreign countries. They feel that the pigeon may have slipped out of captivity while on a ship in the deep sea and flown to the shores in search of drinking water.

This is where the case rests now. The intruder pigeon meanwhile, is enjoying his period of rest with all expenses paid by Indian Police, Ha Ha!