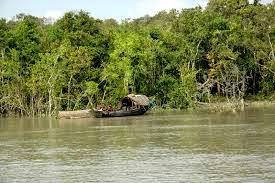 The Sundarbans, which literally means beautiful forests, are the world’s largest coastal mangrove forests, stretching for almost 6,000 square miles across India and Bangladesh. It is possible that the name may have been derived from the Sundari trees (the mangrove species Heritiera fomes) that are found in Sundarbans in large numbers. Alternatively, it has been proposed that the name is a corruption of Samudraban or Sea forest. Area of Sundarbans that fall under jurisdiction of India, are spread over 9,600 Sq.Km. Area. Mangroves can be considered as the coastal equivalent of tropical forests on land. It is a natural barrier, against tsunamis and frequent cyclones, which blow in from the Bay of Bengal. With roots that tolerate salt water, the forest’s mangrove trees, grow 70 feet or more above islands of layered sand and gray clay, deposited by rivers, that flow more than a thousand miles from the Himalayas to the Bay of Bengal. Any ecologist would tell you that mangroves are the basis on which entire ecosystem of coastal regions is built. 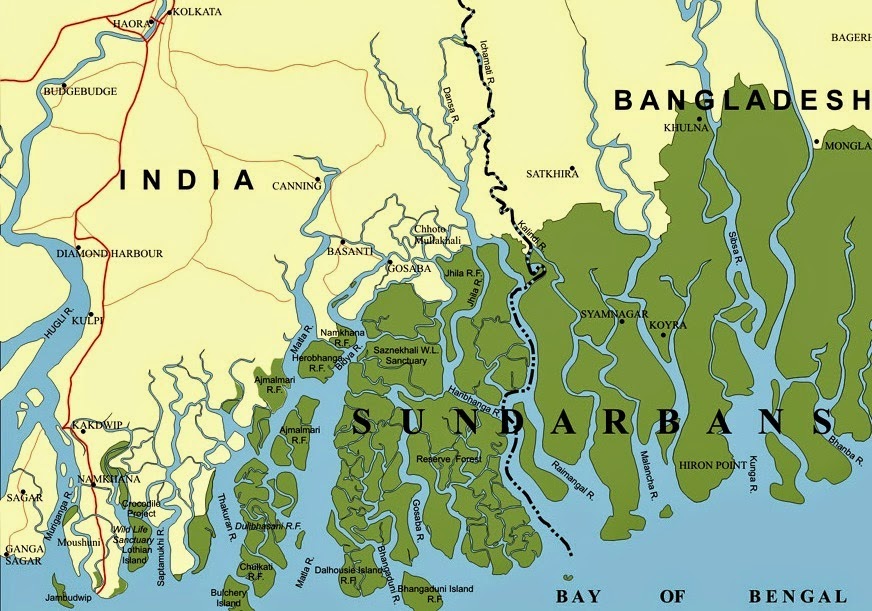 As a coastal mangrove forest, the vegetation in the Sundarbans gets inundated twice a day by high tides. The mangrove ecosystem of Sundarbans is primarily made up of four kinds of salt-water trees: Sundari, Kewra, Goran, Poshur and Gol. These trees reproduce from the windfall seeds that fall on the ground. If vegetation gets reduced due to some reason or other, there is strong chain reaction as Sunderbans are a very fragile and dynamic landscape. With less vegetation there are less windfall seeds, which would badly affect the regeneration of the Sundarbans in the long run.These windfall seeds are the staple food of Pungash fish that also inhabit the Sela river waters. This fish again is one of the main foods of crocodiles – a famous reptile from these forests. If Pungash does not get anything to eat, they will die, eventually putting the lives of crocodiles at risk as well. The vegetation in Sundarbans is the main food of various kinds of deer, that live in the dense forest surrounding the river. If there is less vegetation, that will put the deer and different types of primates in trouble, who depend on these trees for living. The deer, in turn, is one of the main foods of the Bengal tigers. So, in the long run, the population of deer and tigers – the two best known animals from the Sundarbans – depends upon the vegetation. So critical is the vegetation, for the entire food chain in Sundarbans. 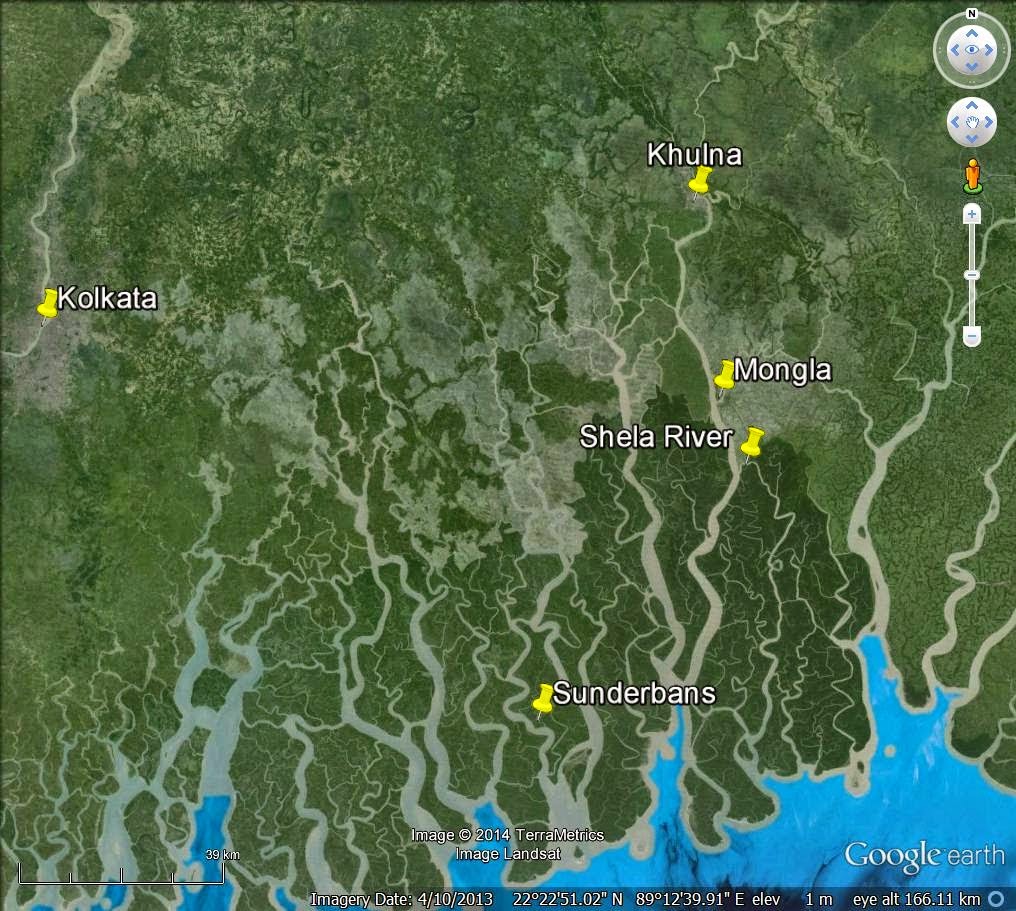 Indian Space Research Organisation. (ISRO) has been carrying out analysis of the Indian Sunderbans from images obtained through satellite mapping on regular basis for over more than a decade. They have recently come up with a report that is a bad news for Sundarbans environment as well as its flora and fauna.

The report says that from the study carried out by comparing the satellite data from February of 2003 and 2014, during last 10 years, Indian Sundarbans have lost as much as 1,607 hectares of vegetation because of denudation and substantial area of landmass because of erosion. Effectively this means that Sundarbans have lost 3.71 per cent of its mangrove and other forest cover, while losing 9,990 hectares of its landmass to erosion in one decade. The study has also found out that about 95.14 per cent of the green cover has not undergone change, while fresh vegetation has come up in only 1.1 per cent of the entire area. This has happened because during last 10 years, 216 hectares of landmass had been also added to Sundarbans, of which only 121 hectares has green vegetation. 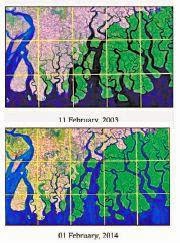 The study done after the satellite mapping, does not go into the details of the reasons for loss of green cover, but says that the depletion may be due to natural and anthropogenic (human intervention) processes.

A recent World Bank report points out that the carrying capacity of the landmass in Sundarbans has exceeded with the population density of over 1,000 a Sq.Km., making the 9,600-sq.km Indian Sunderbans, highly susceptible to coastal erosion and coastal land dynamics. Sundarbans mangroves remain the most crucial factor, which forms the basis on which entire ecosystem of this coastal region depends.

Environmental activists however feel that study based on satellite imaging is a good starting point but ground investigations too are required to ascertain the loss of forest and landmass cover. There is a feeling that the loss is far more than what has emerged in the satellite imaging. If population keeps rising with dwindling land and resources, Sundarbans may soon turn into Asundarbans or Ugly forests.