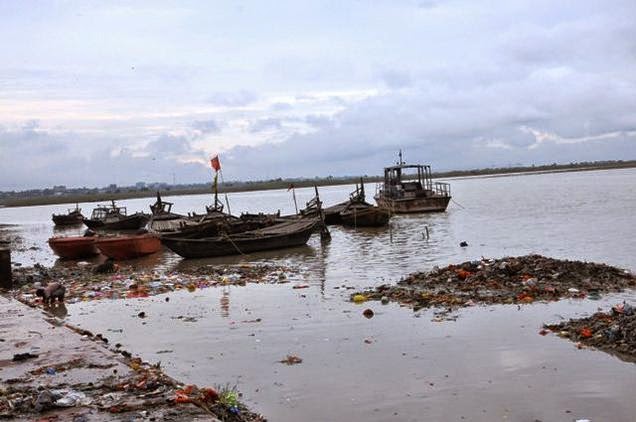 River Ganga is one of the longest river systems of India. The river traverses over 2,500 km, from the Gangotri glacier in the Himalayas to the Sunderbans delta in Bangladesh. The water resources of Ganga basin are used by hundreds of millions of people. Unfortunately, this use is mostly done without showing even a bit of concern about the pollution caused. As a result, Ganga remains highly polluted. Any one would wonder as to how this mightiest of rivers has become a garbage dump. There are many reasons for this pathetic state such as untreated sewage and industrial waste being dumped into the waters without remorse.

The task of reducing the pollution load of the Ganga is no doubt a daunting and challenging task. However, the clamour for a cleaner river has gained momentum in recent times, with Government establishing a clean Ganga mission for the task. Doubting Thomas's and skeptics have already questioned about success of this mission. Government says that they have taken number of steps and the results can become visible as project gains momentum.

It is quite easy to criticize work being done on such a mega project. But what is being done appears to be the right way to take up a task. Mega problems can not be solved with a quick mega solution, a step by step approach is what is required. I would like to narrate here a personal experience of mine, which readers might find interesting. In the year 1961, my home town Pune was washed with heavy floods due to breaching of two dams that supplied water to the city. I was a young man of eighteen years then. The flood waters that caused havoc in the city, also had entered my grandfather's factory, which was not very far away from the river. Next morning, I also accompanied my grandfather and father as they had entered the factory premises after the waters had receded. 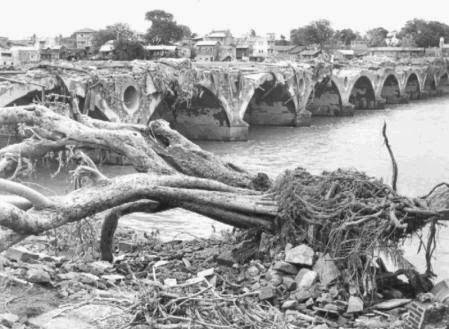 It was a heart breaking view. All machinery, equipments were covered with inches of sticky mud. The factory floor was so slippery that it was even difficult to walk. All materials, tools that were in open were gone. My grandfather however remained calm. He called all the staff and workers in the open space and told them that they have two choices, either to start the factory again, for which they would have to work hard for next month, but they can keep the jobs; or close down the factory and let it being sold as scrap. In this option they all would loose their jobs. The staff and workers opted to clean up the factory.

My grandfather then arranged services of a water tanker, which would bring water from nearby wells continuously, tonnes of kerosene and other industrial solvents were ordered along with bags and bags of cotton waste. For next fifteen days, everything in the factory, from walls to furniture to machinery was washed clean with torrential water jets pumped from the tankers. Next, came the turn of washing all the machinery with kerosene and solvents to remove mud from exteriors. By the time, this was done, the electrical people had checked all the wiring and had replaced all defective wiring and fittings. After about three weeks the lights came on.

Yet the most difficult task was still to be done. Now each and every piece of machinery was completely unscrewed and dismatled with all parts laid bare on the ground. Each part was washed in kerosene to remove mud, lubricated and then reassembled with new bearings; with help from manufacturers, where help was available. The first machine tools that got going were simple center lathes. In another couple of weeks, machine shop started producing components and after about three months from that disastrous day, the first consignment of finished product left the factory premises.

I consider myself lucky, as I was able to witness this entire operation from very close quarters. It did two things to me. Firstly, my respect for my grandfather skyrocketed for his guts and calmness, which saw the factory again being brought to life. Secondly this entire episode taught me that however daunting or challenging the task may be, if you work step by step, it is possible to achieve success.

Later, I always remembered my grandfather, during my professional career, whenever I was negotiating a new business or order that prima facie looked much beyond our means an capabilities. The step by step approach always gave me confidence to complete the task.

Working step by step does not mean however, that you only think of a small portion of a project at initial stage. At this stage, the entire project in its total enormity, should be crystal clear to the top management, who should first carry out a system design on paper with blocks. Obivously, my grandfather must have had full blue print in his mind, when he started work on renovation of the factory. The inputs and outputs for each block well specified and exact. Once this is done, the attention could be now given to individual blocks and depending upon resources, work on one or more blocks can be taken up at a time. This is the time to think small and about details. Only after completing one block, the work may be taken up for the next block.

Most professional organizations work in this fashion, but even at personal level, this approach gives far better results. Four or five years ago I renovated my house. It was a major project. However once the total plan was decided, we gave detailed considerations only to the work that was going on. In this way, there were hardly any confusion or glitches at the end.

This approach also works well for report writing or even writing a work of fiction. Many a times, I have watched a film or read a novel, where after first few reels or chapters, you realise, as a spectator or a reader, that the work of fiction is not going anywhere or is getting tangled in knots, which might become undoable. We can easily conclude that such works were written without a proper block system design. As against this, consider the works of master story tellers like Agatha Christie or Daphne du Maurier. The end is always perfect, showing that the plot was ready in the author's mind, even before first line was ever written.

A step by step approach is always a winner, only when the entire system design is ready first in the initial stage itself. I hope Government has done that, in clean Ganga mission. Only this would bring success.