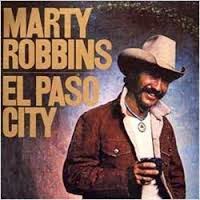 This week's long forgotten track was once so much popular that it was considered as a genre classic for its gripping narrative. "El Paso" is a country and western ballad written and originally recorded by Marty Robbins, and first released in September 1959. It soon became a major hit on both the country and pop music charts, reaching number one in both at the start of 1960. It won the Grammy Award for Best Country & Western Recording in 1961, and remains Robbins' best-known song.

If you can not see the embedded video on your android devices, here is the link. https://youtu.be/R-y3DB0wLh4 You can also copy and paste the link in your You Tube App. If that also does not work, search You tube,El Paso, Marty Robins