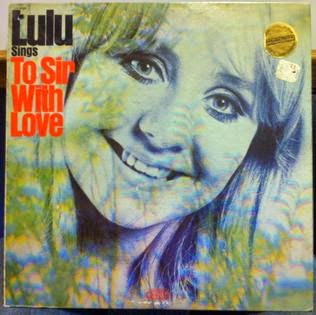 Remember the famous title song from the James Bond film, The Man with the Golden Gun? It was sung by a Scottish singer Lulu Kennedy, best known by her stage name Lulu. She has been an actress, and a television personality in 1960's.

This week, we have another one of her famous songs; "To Sir with Love," from a film of the same name. It was released as a single in the United States in 1967 and reached No. 1 on the Billboard Hot 100, remaining in the top position for five weeks and earning the No. 1 position for the entire year in the process.

If you can not see the embedded video on your android devices, here is the link. http://youtu.be/VrthnL1xi48 You can also copy and paste the link in your You Tube App. If that also does not work, search You tube, To Sir with Love, Lulu