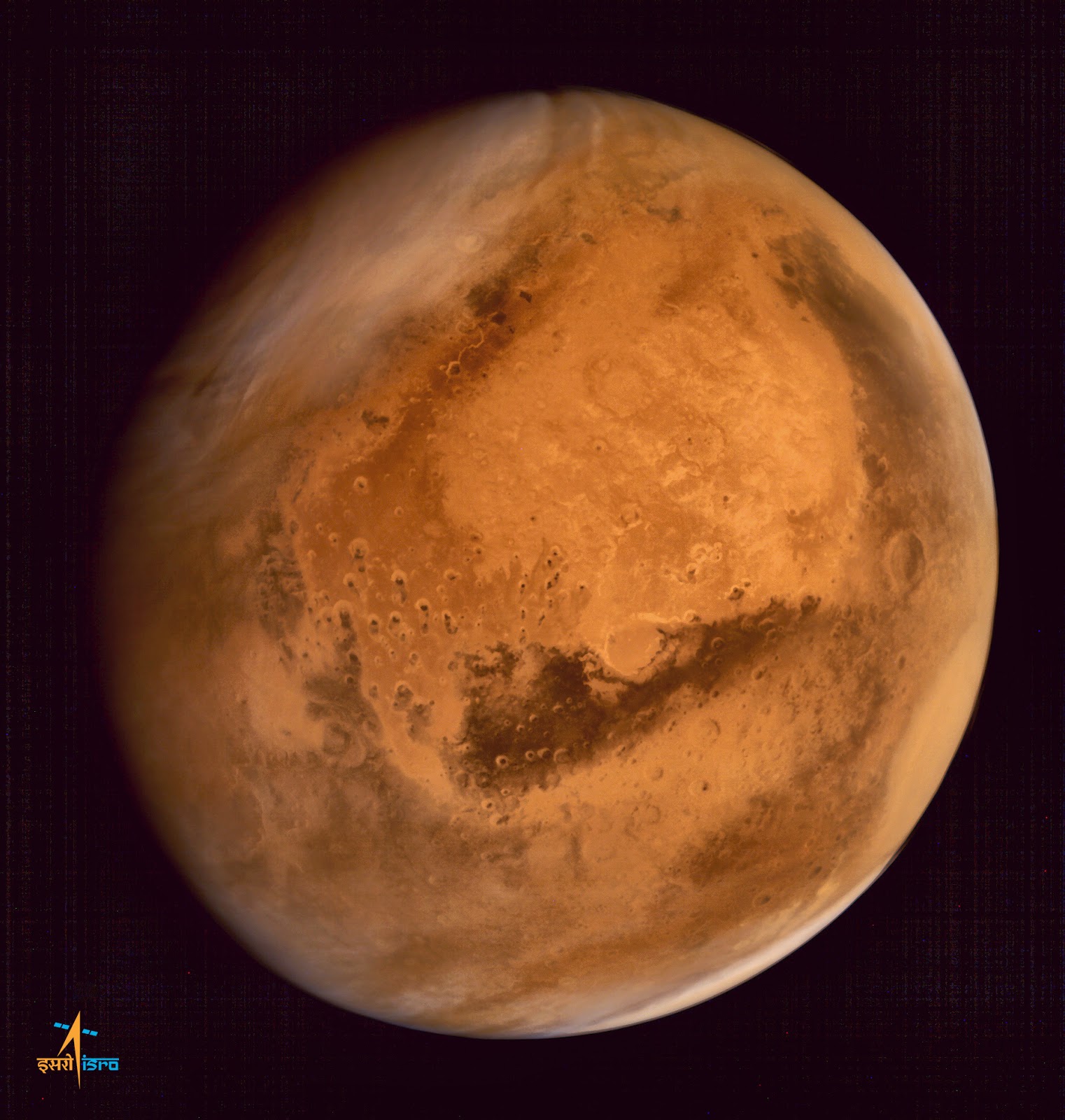 Indian space and research organization had launched India's Mars orbiter (MOM) spacecraft on Nove 5, 2014 from Sriharikota on India's east coast. The spacecraft had entered the Martian orbit on September 2014 after a nine-month long odyssey, making India the first country in the world to succeed in such an inter-planetary mission in the maiden attempt itself.

Later, in In October 2014 MOM had to face another tough challenge as a comet called Siding Spring and identified as Comet C/2013 A1, bulldozed through Martian atmosphere as it had an extremely close passage by the planet. MOM's orbit had to be modified so that it was behind the red planet when Sliding Spring had a close passage by Mars.

I have written a number of articles about MOM in last one and half years. The initial anxiety of a technologically tough mission soon gave way to happiness and jubilation for millions of fans in India as the little spacecraft weighing just 1350 Kg, successfully kept meeting one challenge after another and surpassing series of obstacles.

Things quietened down after the Sliding spring encounter as ISRO did not release any information about the mission except for few breath taking photographs of the red planet, which you can find below. In fact some observers started thinking that mission perhaps has come to its end. Fortunately it was not so and ISRO released some new data about Mars on its web site this week. MOM is equipped with five on board instruments, including a sensor to track methane or marsh gas, a colour camera and a thermal imaging spectrometer to map the surface and mineral wealth of the red planet.

The Methane Sensor payload on board (MSM) is designed to carry out two kinds of measurements. Firstly, it is designed to detect the presence of methane and measure the column density of the same
(The total amount per unit area of methane suspended in a cloud in space, measured along the length of a column. It is quoted in terms of mass per (cross-sectional) area, or number per area. Molecules/cm^2) Secondly it can measure the reflectance of Martian surface in 1.65 micron wavelength band of the electromagnetic spectrum in near infra red region.

Some of the readers might find all this technical jargon bit tough to digest. I have therefore tried to make things easier by giving below simple explanations for some of these terms. All radiations (like visible light, infra red and ultra violet rays, radio waves, microwaves, X rays) are really part of the same electromagnetic spectrum, which has at one end Extremely low frequency radio waves having frequency of 3 Hz and a wavelength of 100 Mega meters and at other end Gamma rays having frequency of 300 Ehz and a wavelength of 1 picometer at other end. All other radiation falls in between these two. Visible light has a frequency of 300 TeraHz and wavelength of 1 micro meter. Near infra red radiation has frequency slightly below this and a slightly longer wavelength with a center of band around 1.65 micrometer.

Reflectivity or reflectance of a substance is the fraction of incident electromagnetic power that is reflected back from that substance. Term reflectivity is used for thick reflecting objects , whereas term reflectance is used when reflection occurs from thin layers of material. Another term that is used in reflectivity studies is Albedo or reflection coefficient. It is derived from Latin albedo "whiteness" (or reflected sunlight) in turn from albus "white." Albedo is the diffuse reflectivity or reflecting power of a surface. It is the ratio of reflected radiation from the surface to incident radiation upon it. Its dimensionless nature lets it be expressed as a percentage and is measured on a scale from zero for no reflection of a perfectly black surface to 1 for perfect reflection of a white surface.

Albedos of typical materials in visible light range from up to 0.9 for fresh snow to about 0.04 for charcoal, one of the darkest substances. Deeply shadowed cavities can achieve an effective albedo approaching the zero of a black body. When seen from a distance, the ocean surface has a low albedo, as do most forests, whereas desert areas have some of the highest albedos among landforms. Most land areas are in an albedo range of 0.1 to 0.4.The average albedo of Earth is about 0.3. This is far higher than for the ocean primarily because of the contribution of clouds. The classical albedo features of Mars are the light and dark features that can be seen on the Mars through an Earth-based telescope.

Coming back to Mars orbiter, the MSM payload on board is designed to measure Albedo of Martian surface in near infra red band of 1.65 micrometers. This is like wearing a red or green goggle, which can only see red or green coloured objects.

According to ISRO measuring Albedo of a planet is important. It has just released a complete map of the red planet through near infra red filter of 1.65 micrometers. It says:

“All planets in the Solar system receive Sun’s radiation to varying degrees depending on their distance from the Sun. Observing the surface of the planet depends on how this radiation is reflected back. Reflected solar radiation from Mars is a diagnostic signal of the planet which provides lot of information about the planet’s surface as well as its atmosphere. When we measure the radiance in a specific wavelength of light (in this case, 1.65 micron), then we can generate a reflectance map.

The map presented here shows the surface reflectance of Mars as viewed at 1.65 micron from the reference channel of MSM till December 16, 2014. In the map, the blue colour indicates low albedo features and the red shows high albedo features on the Martian surface.
The map resolution is 0.5°x0.5° in Latitude-Longitude. By correcting the data for CO2 absorption, a major part of atmospheric effects is taken care of. This data along with the reflectance measured by Mars Colour Camera will be useful to study the surface properties of Mars.” 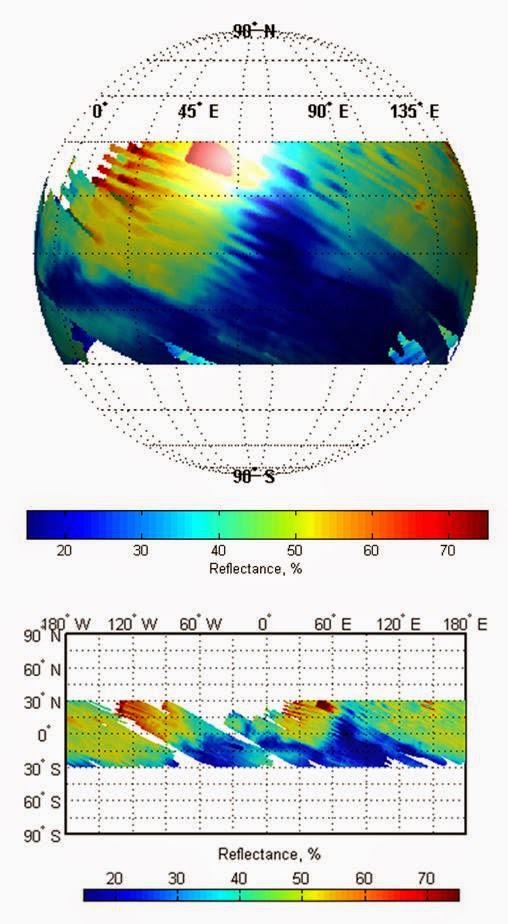 According to ISRO, the data recorded would be studied and it can also help in finding out whether methane is present in Mars. It says that reflected solar radiation from Mars is a diagnostic signal of the planet which provides lot of information about the planet’s surface as well as its atmosphere.
This data, along with the reflectance measured by Mars Colour Camera, will be useful to study the surface properties of Mars.

To study Mars from a near infra red filter may be a plus point for scientific studies, but for lay people like us visual images are that really matter. Here are a few of the images clicked by MOM. I am sure the readers would appreciate and enjoy these. 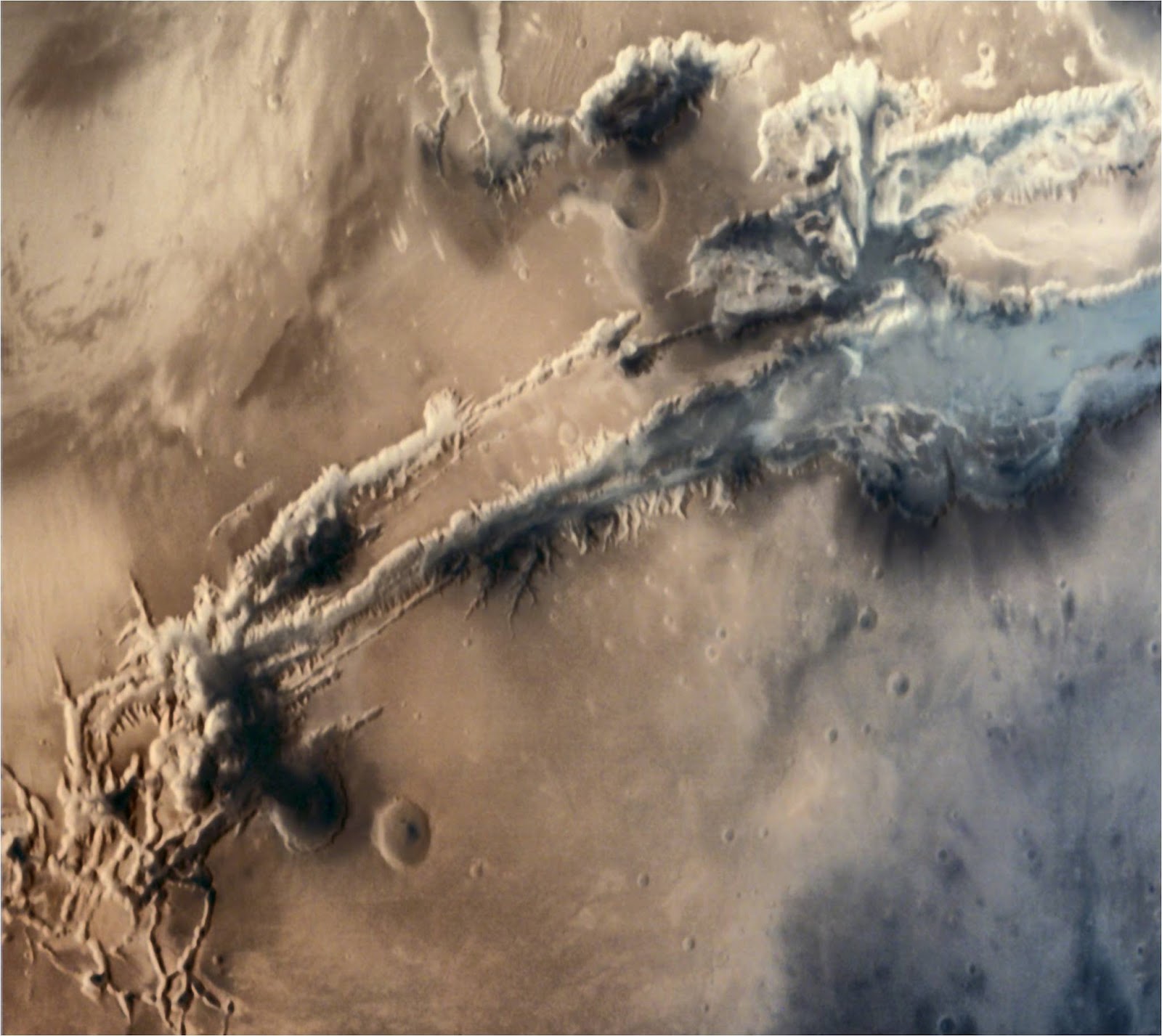 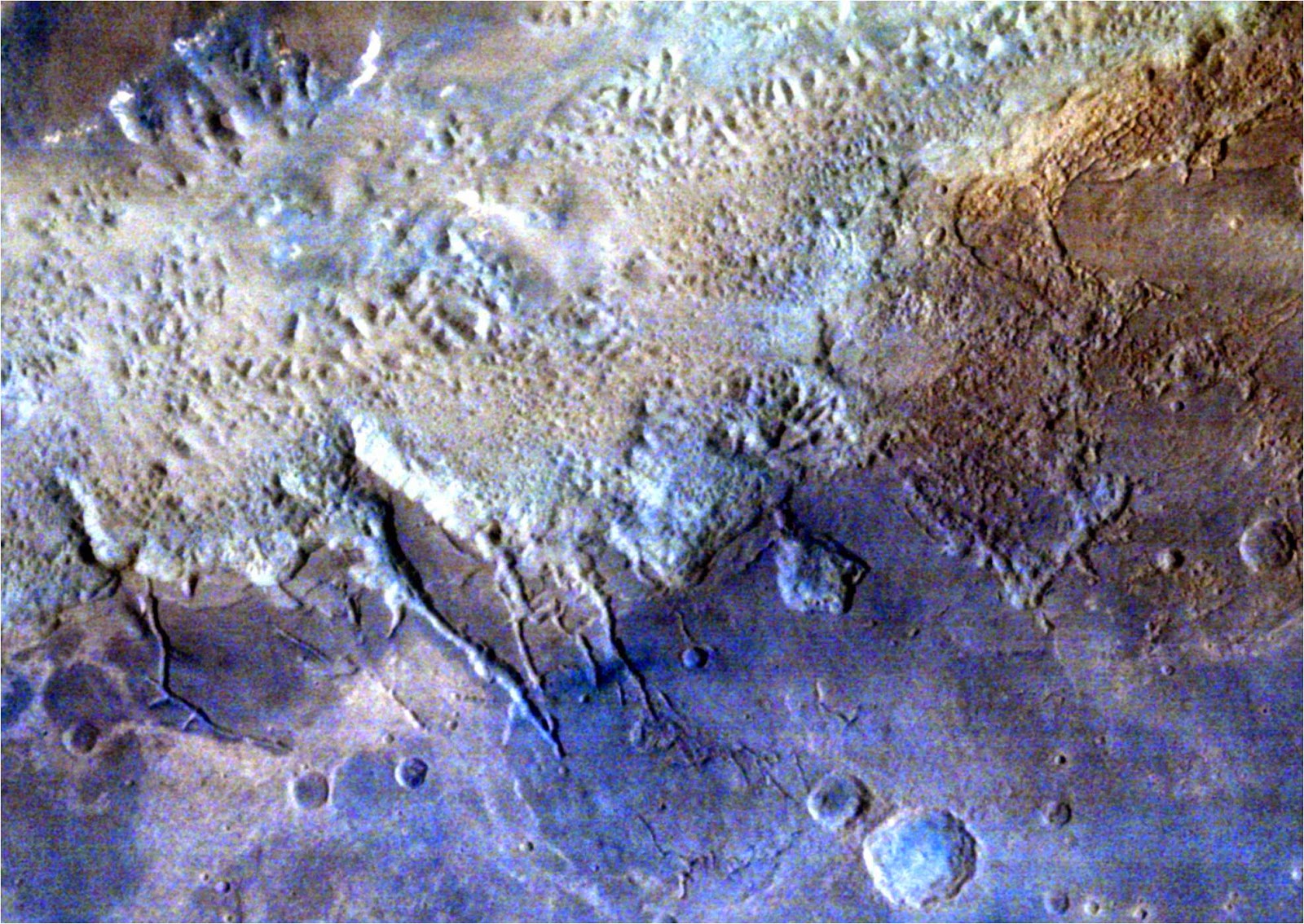 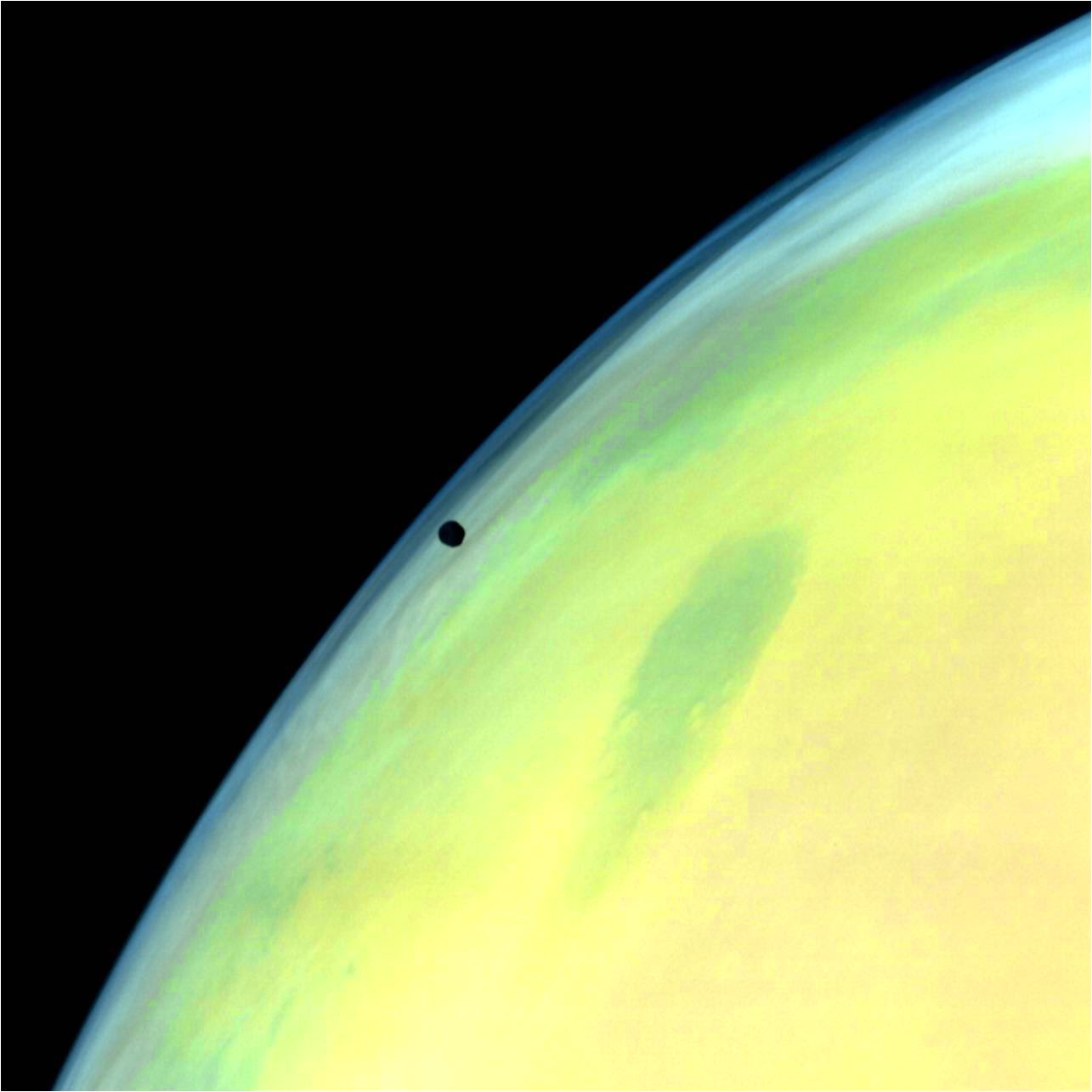 Phobos, one of the two natural satellites of Mars silhouetted against the Martian surface 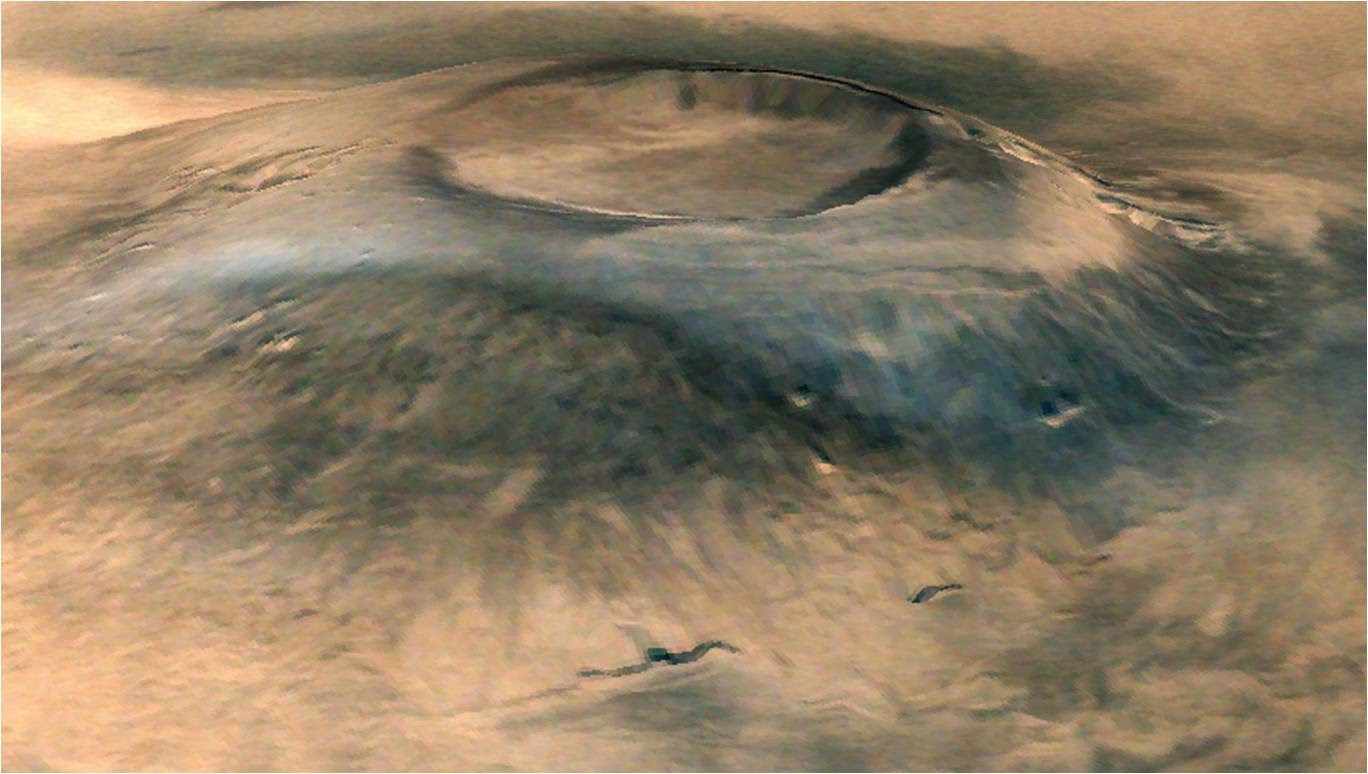