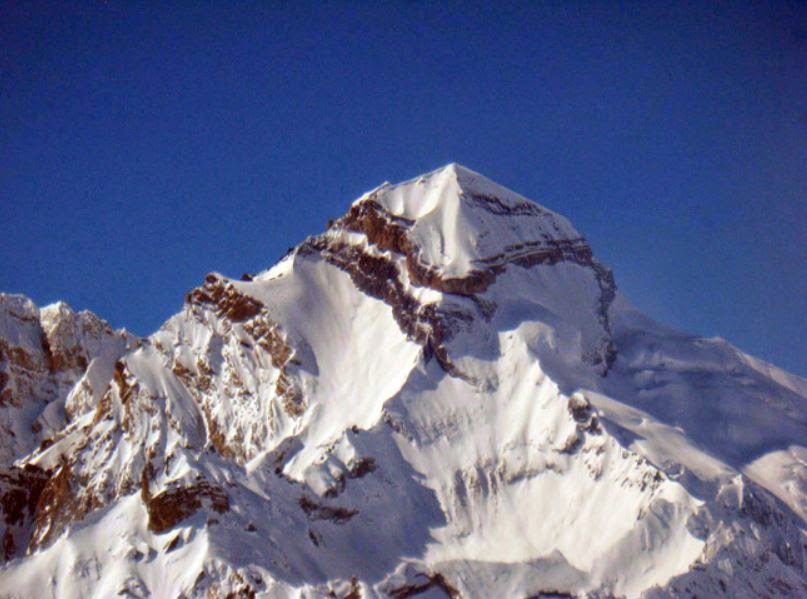 During their meeting on the sidelines of the BRICS summit in Fortaleza, Brazil, in July 2014, India's Prime Minister had suggested to his counter part in China that a new route to Kailash may be opened by China to lessen the hardships of pilgrims who want to go on a pilgrimage to Mt. Kailash in Tibet.

If there is one pilgrimage that Hindus want to make in their lifetime, it is the pilgrimage of Kailash mountain, located in Tibet. The mountain peak of Kailash and the large reservoir of water, at the foot of the mountain, known as 'Mansarovar,' are the most sacred places for Hindus. Both these places are located in western Tibet and are also equally sacred for Tibetans, who follow Buddhist religion. 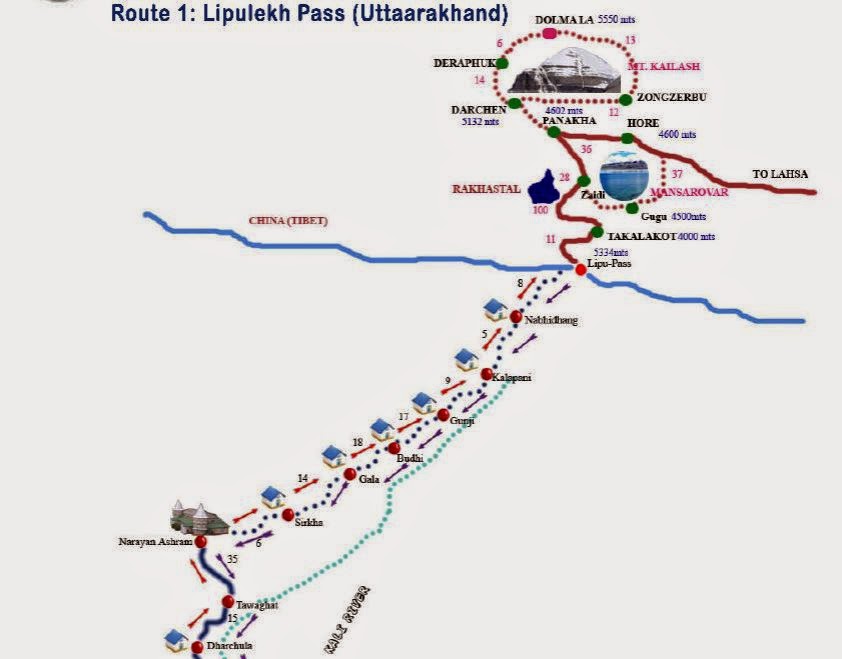 Travelling to Kailash from India till 2013 was done by most of the pilgrims by direct India-Tibet land route. Journey on this route was done in parts by a vehicle and balance on foot. The initial part of this journey was done by a vehicle on a motorable road which went through the towns, Almora, Dania, Pithoragarh, Dharchula, Tawaghat and Narayan Ashram. From here the trek began with pilgrims walking along the 'Kali' river up to Kalapani. A tough trek of 9 Km to Navidhang and then a further trek of 8 Km took the pilgrims to the Lipulekh pass (5334m) located on the international border and crossing it took the pilgrims to Tibet. Here the Tibetan/Chinese authorities would welcome them. They walked down to Chang Lobochahela and from here by truck and bus they reached the old trading town of Taklakot (Purang), which is situated on the banks of the Karnali river. Onwards journey to Kailash was done by a bus. This travel was considered as one of the most arduous and strenuous, even for a fittest person. Because of this, Indian Government had made it mandatory for the pilgrims to undergo strict medical check up before they were allowed to go. This meant that the elderly and not so physically fit were not allowed to travel.
The flash floods of 2013 caused substantial damages in the Himalayan region, through which this trekking route passed. A 60-meter-long road bridge at Kanchyoti village between Dharchula and Narayan Ashram and large portions of road in the nearby Tawaghat area were washed away in flash floods. This affected the Kailash pilgrimage to such an extent that in 2013 that the number of “official” pilgrims was reduced just to just 51. In 2014, after most of the washed away roads were repaired, about 1250 trekkers were selected by Government as fit for travel and another 1200 were kept on waiting list. Actual selection was done by lottery. Because of the arduous nature of trek, senior citizens and old aged people were not considered as fit for travel. 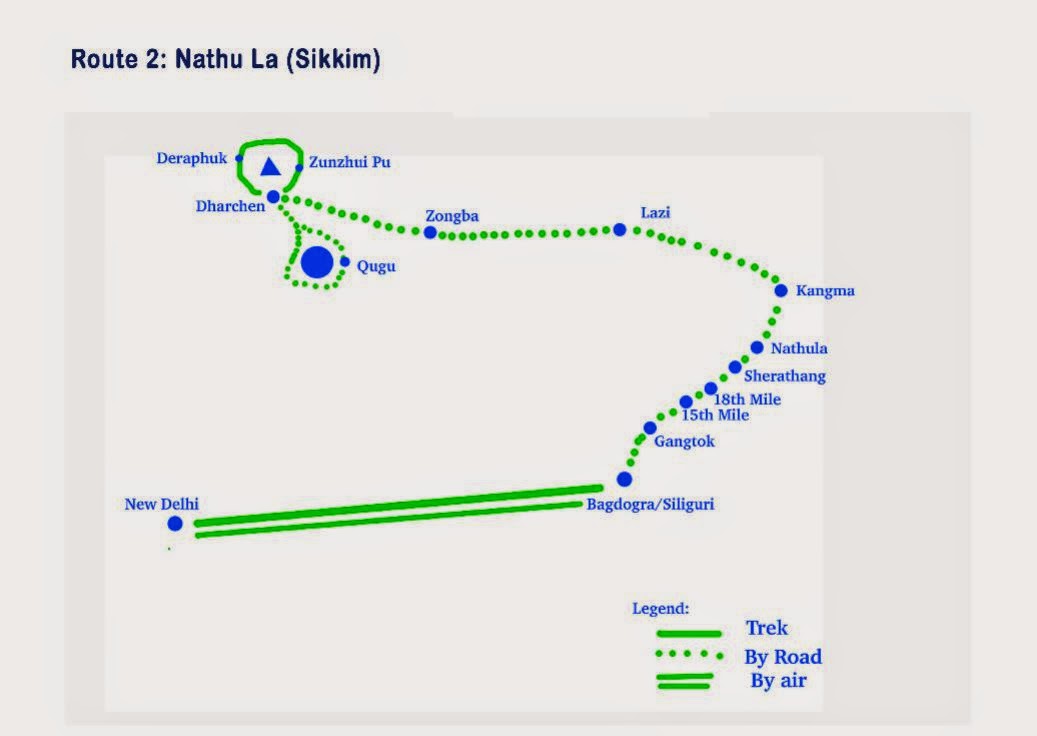 Government has just announced that from 2015, there would be two routes by which pilgrims would be sent on Mt. Kailash pilgrimage between June 8 to September 25. 18 batches of 60 pilgrims each, would be sent on the existing route through Lipulekh Pass in Uttrakhand. In addition to this, five batches of 50 pilgrims each will be able to utilize the newly opened route via Nathu La in Sikkim. The specialty of this new route is that this new route does not involve trekking by foot except for the actual Kailash Parikarma, thus helping many old age pilgrims to fulfill their desire to undertake the Kailash Manasarovar pilgrimage. Government says that priority on the new Nathu La route, will be give to first time applicants, senior citizens, doctors and married couples, with old age pilgrims getting highest priority.

The pilgrims will enter Tibet from Nathu La pass on Sikkim-Tibet border and would travel in a bus via Kangma-Lazi-Zongba-Darchen route. From Darchen Pilgrims will go on two separate “Parikramas,” one around Mt. Kailash via Deraphuk- Dolma pass- Zunzhui Pu and another around Mansarovar by bus with a halt at Qugu. The travel on this route is expected to cost Rs. 170000 compared to Rs. 150000 on old route, per passenger. 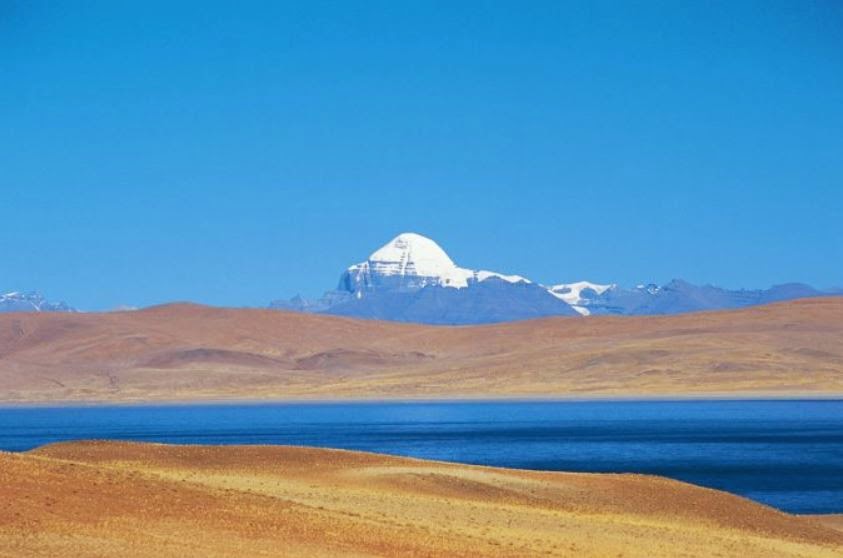 This new route is going to be a blessing particularly for senior citizens and old people and both Governments ( Indian and Chinese) deserve compliments for having made this possible.