Toxic Environmental pollution; now and then 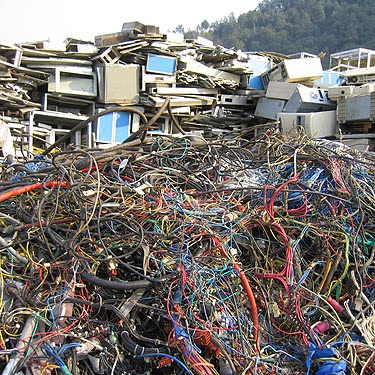 Much is said about the toxic metal pollution caused by e-waste and probably it is true. I am acquainted with a scrap dealer, whom I used to sell my factory scrap earlier. According to him, in India, the computer junk collected from us is eventually sold to big scrap dealers in Delhi, who buy this e-junk on per ton basis from shops spread all over the country, except for the plastic parts.

The street corner junk collector, simply burns off the plastic parts at the end of the day. Many of these plastic parts are quoted with metal films and most of theme are sprayed with chemicals containing Cadmium, lead, Mercury compounds and Bromides to make them anti-inflammable. The fumes created by open burning of such parts, are highly dangerous to the people in the vicinity and are also carcinogenic with continuous exposure.

The electronic junk is usually sent to Delhi by trucks or railway wagons. Here, this junk is first sorted out. The computers which are salvageable or are in working order are separated and sent to some cities in India's Rajasthan state like Bharatpur, Dholapur, Bikaner, where these are repaired or cannibalized. Whatever remains after this cannibalization and is beyond use, is again simply sent back to Delhi scrap traders for re-cycling.
A whole bouquet of heavy metals, semiconductors and other chemical compounds exist inside this e-waste. They include lead, mercury, arsenic, cadmium, copper, beryllium, barium, chromium, nickel, zinc, Lithium and Selenium, besides non metals like Chlorofluorocarbons and Polyvinyl chlorides. All these substances are hazardous to humans if inhaled or consumed. Since most of these materials are expensive, they are recovered by re-cycling in a very crude way that not only exposes the workers to these hazardous substances but also pollute the air and ground water creating a general risk for everyone.

Leave aside the e-waste. We have other huge industrial enterprises that manufacture chemicals, extract metals from ore. All these produce hazardous bye-products which pollute the ground water and air we breathe.

If one infers after reading all this, that toxic pollution caused by all such hazardous substances is a gift to us from the modern industrial world since the industrial revolution in 18th century England, there does not seem anything illogical or wrong in it. However, a new discovery has proved this inference not to be truly correct. 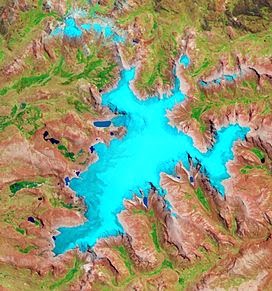 The Andes mountain range is a continual range of highlands along the western coast of South American continent. It runs through from north to south through seven South American countries: Venezuela, Colombia, Ecuador, Peru, Bolivia, Chile, and Argentina. In the part of the mountains, that fall within the borders of Peru, the largest glaciated area of the tropics, the Quelccaya Ice Cap is located. It is at an average altitude of 17,950 feet and spans an area of 44 square kilometers. Though the glaciated area on borders of the cap retracts every summer, the core area of the cap always remains glaciated. Thus by digging deeper in the core area, it is possible to extract ice layers formed in the past up to even five millennium before. 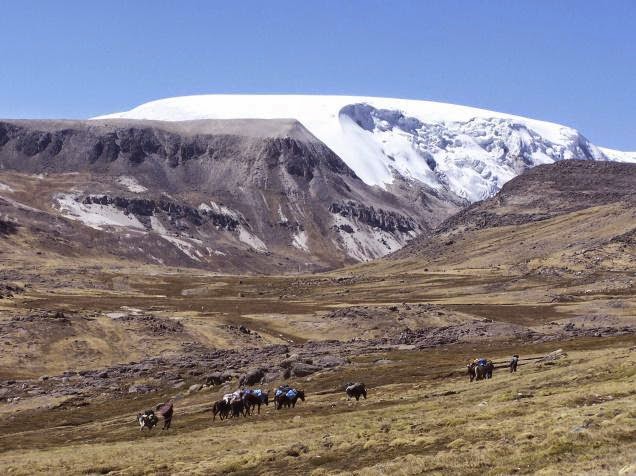 A paper published in the Proceedings of the National Academy of Sciences says that the researchers analysing the frozen layers below the top, using a mass spectrometer to identify chemicals, have now come out with a startling discovery that the air and water on earth was polluted with toxic metals including arsenic, chromium and lead ever since Sixteenth century, about 240 years before the industrial revolution. They have found “archives” of pre-industrial trace elements, which they could trace back to 16 century. Though the traces of toxic metals start from as early as 800 AD, particularly high levels have been found after 1532 BCE or after the demise of the Inca Empire. From here, the concentrations of trace elements show markable increases.

According to this paper, this toxic pollution can be traced back to a historical activity that happened about 500 miles away from Quelccaya Ice Cap. Around 1540, the Spanish Empire forced the Incas to work on extracting silver in Potosí’s mountaintop mines, the main source of silver at the time. The pollution from the mining and smelting activities was carried by the wind as far as Quelccaya ice cap in Peru. The Spanish conquistadors further had a technological breakthrough in 1572 when they discovered the mercury amalgamation process for extracting silver. This actually triggered an unprecedented mining boom across the Andes. In the earlier periods, the Incas, who also knew how to refine silver, used a “huyara” or wind-drafted furnace made of clay for this extraction.

The only consolation, which we can perhaps draw from this discovery is that we may not be the only humans, guilty of spoiling our environments. Our ancestors were also with us in the crime. However it does not sort out any problems or offer solutions to our problems as we keep making our environment more and more toxic.