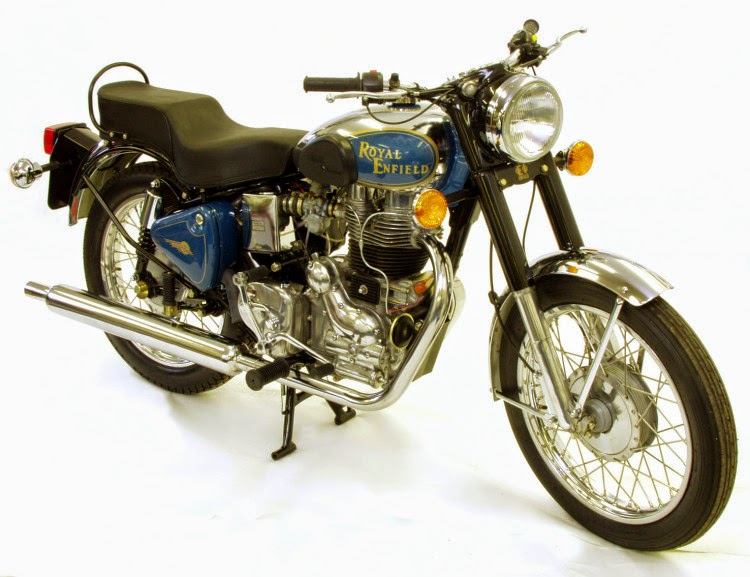 There was a time, when this warrior was the king, who rode triumphantly around, because there was no one to match him. Even in my home town of Pune of 1950's, he reigned supreme on the roads. Pune was a small city of about two or three hundred thousand people then and known as a bicycle city because almost everyone (at least the male population) had a bicycle as the principal mode of transport. The public transport system of those days in Pune, comprised of few dilapidated rickety-rackety buses, which also holds true even today though the numbers might have multiplied by hundreds. There were no motorized taxis and for personal hire, two wheeled light carriages, driven by horses and known as 'Tangas' or 'Tongas' were available. Some noble and rich families used to have their own 4 wheeled buggy carriages, but they used to be very few.

Readers can therefor well imagine or appreciate a typical scene on the Pune city street of those days, where hundreds of bicycles intermingled with occasional 'Tongas' plying on the roads. There used to be no foot paths on the roads and pedestrians also shared the same roads. To ride a bicycle in such kind of busy street, needed immense driving or riding skills. Pune bicycle riders were famous for that.

Yet amongst the chaos on city roads, there was this king, who flashed by, in his gleaming and sparkling armour, and with sheer power that resonated with each of the boom-boom sound beat that came from the chromium plated exhausts. Readers by now must have guessed it. The road king was none other than the “Royal Enfield” motor cycle.

Pune city always had, since the days of British Raj, a twin sister popularly known as Pune Camp or Pune Cantonment, where initially the soldiers and officers were stationed. They had their own motorized transports of second world war vintage and one would encounter these on the cantonment streets. These vehicles very rarely came to the city limits and for most of the Pune citizens, Pune camp was part of some other far off world. In the fringe areas, between the city and camp, people of other communities stayed. These included Parsi's and Bohori's, who followed their own sub sect of Shia Islam and were followers of Prince Aga Khan. Parsi community always had deep pockets and mostly used to be affluent. It was the Parsis, who predominantly owned the motor cycles, though there were a few Maharashtrian owners too. Since the motor cycles were very few in numbers, the owners used to be extremely proud of them, as they took them out for a ride. Royal Enfields of those day( that like of today) had 4 stroke engines. I can still remember the rhythmical idling rant coming from those superb 4 stroke engines “ Thup....Thup.....Thup” and when they accelerated, the crazy feeling of power that they gave, even to the bystanders. They essentially came in three engine capacities, 250, 350 cubic centimeters and 500 cubic centimeters.

Royal Enfields were then assembled in Chennai under license from a British marque from Redditch. Later however, the British parent had its demise and Royal Enfield became an Indian entity and soon became a brand; a yardstick on the basis of which others started getting measured. More than half a century ago, the original British manufacturer of these motor cycles shut down the production line of these bikes in England. Yet today in India, this motor cycle still sells well in a competitive market dominated by “Bajaj”, “Honda” and “Kawasaki.” In India today, this motor cycle is considered the symbol of the male power and has a tremendous brand value. During a visit to Ladakh region of India in 2011, I found that 99.99 % of Motor cycles used there are only Royal Enfields. I met number of foreign tourists there, who all preferred and praised this rugged bike for their travels in Ladakh. The Enfield company was originally a gun and rifle supplier to the British army. It is therefore generally believed that this motor cycle is built like a rifle, rugged and reliable. More than 60 years have passed since last British soldier left shores of India along with his Enfield rifle. Yet the legend lives and Enfield motor cycles still reign in India.

It has been reported this week that this David of motor cycles, compared to the giants of the motor cycle world, has taken on the highways- the Goliath - Milwaukee-born Harley-Davidson (HD), who makes motorcycles with engine displacements over 700 cc and has been an undisputed king of the motor cycles on roads. In 2014, around 300,000 Royal Enfields were sold surpassing sales of 267000 Harley Davidsons worldwide. Harley's worldwide sales grew at 3%, whereas Royal Enfields sales grew at whooping 70%. No doubt a remarkable achievement for the stunning turnaround by one of the world's oldest motorcycle brands. However, since the Harley bikes cost more than double (Harley bike in India cost around Rupees 500,000 against Royal Enfield's cost of 200,00) the Harley total sales figures are much higher. 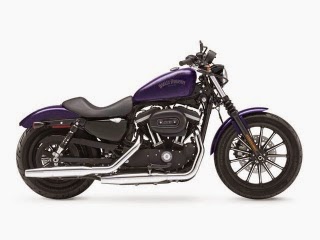 Ten years ago, Royal Enfield, though it was an established brand-loved by motor cycle enthusiasts in India- were only a fringe player compared to Japanese rivals like Yamaha and Honda, who had more reliable models. One of the principle reasons for this was Enfield's old unreliable cast iron engine block. Then in February 1990, Eicher Goodearth bought 26% stake in Enfield India Ltd and by 1993 Eicher acquired a majority stake in Enfield India. The new management revamped the company, modernizing its portfolio. It rolled out a slew of new contemporary models, such as, the Classic, the new Thunderbird and the Continental GT. In late 1995, the Enfield India acquired the rights to the name Royal Enfield. Today Royal Enfield of India sells motorcycles in over twenty countries. Company's CEO accepts that his company can no way be compared to Harle-Davidson, who has a world wide sale. Compared to them Royal Enfields have a poor presence in western Europe and US.

No one can deny the fact that Royal Enfield has become a status symbol for India's youth today. If they innovate and come with better and contemporary models, sky is the limit for them.