Race for the largest solar power station in the world 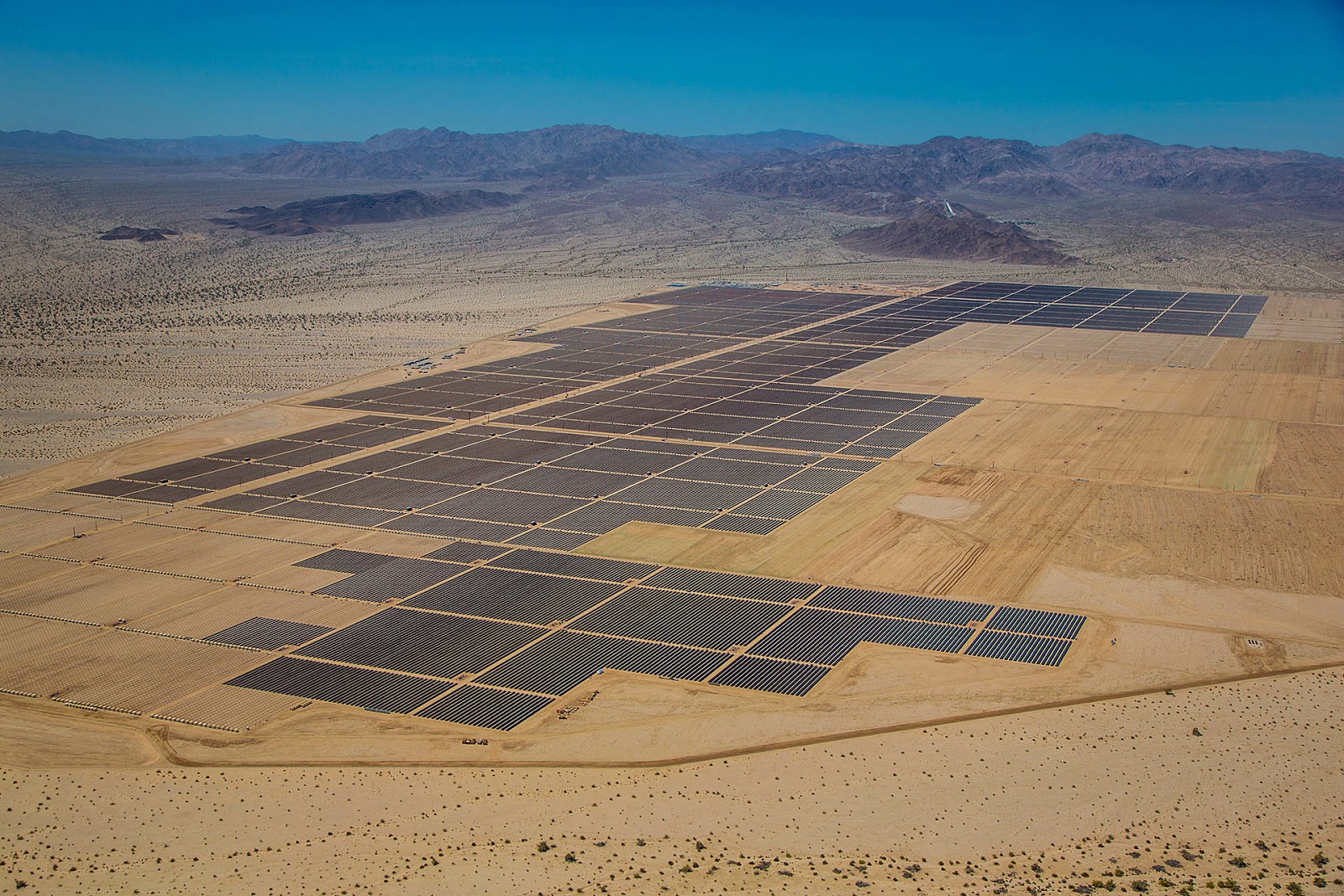 It appears that the race for having the largest or biggest solar farm in the world is now hotting up. Just a week ago, world's by now largest photovoltaic solar power farm, “The Desert Sunlight Solar Farm” was commissioned in the Mojave Desert, California USA. It is a 550 Megawatt power station using approximately 8.8 million cadmium telluride photovoltaic modules made by the US thin-film manufacturer First Solar. The solar farm has been built on over 16 Sq. Km of desert land next to Joshua Tree National Park. The Construction began in September, 2011 and was completed in January 2015.

But what is a solar farm? It is a place where sun's solar energy gets converted into electrical power that can be used by consumers. To do this, solar forms use arrays of photovoltaic cells that generate electric power when sunlight falls on them. A basic Solar or Photovoltaic cell, is made from a thin wafer of materials like Silicon, used in the microelectronics industry. When light energy strikes the solar cell, it generates electric current. A number of solar cells electrically connected to each other and mounted in a support structure or frame is called a photovoltaic module. Modules are designed to supply electricity at a certain voltage, such as a common 12 volts system. Multiple modules can be wired together to form an array. In general, the larger the area of a module or array, the more watts or more electric power will be produced. Photovoltaic modules and arrays produce direct-current (dc) electricity. The main advantage of a Photovoltaic array is that it is completely static and does not need precision alignments all the time for pointing towards the Sun.

India's landmass remains an ideal place for establishing Solar Photovoltaic arrays for electricity generation with about 300 clear, sunny days every year. According to an estimate, India's theoretical solar power reception, on only its land area, is about 5000 Petawatt-hours per year. The daily average solar energy incident over India varies from 4 to 7 Kilo watt hours for every square meter of land with about 1500–2000 sunshine hours per year. This is far more than current total energy consumption.

India unveiled a US$19 billion plan to produce 20 Giigawatts of solar power by 2020 in July 2009. On 16 May 2011, India’s first 5 MW of installed capacity solar power project at Sivagangai Village, Sivaganga District, Tamil Nadu was registered under the Clean Development Mechanism. The grid-interactive solar power as of December 2010 was merely 10 MW. At present, more than thirty, solar photovoltaic generators generating about 400 MW have been commissioned around the country with states of Gujarat and Rajasthan claiming lion's share in the installed capacity. 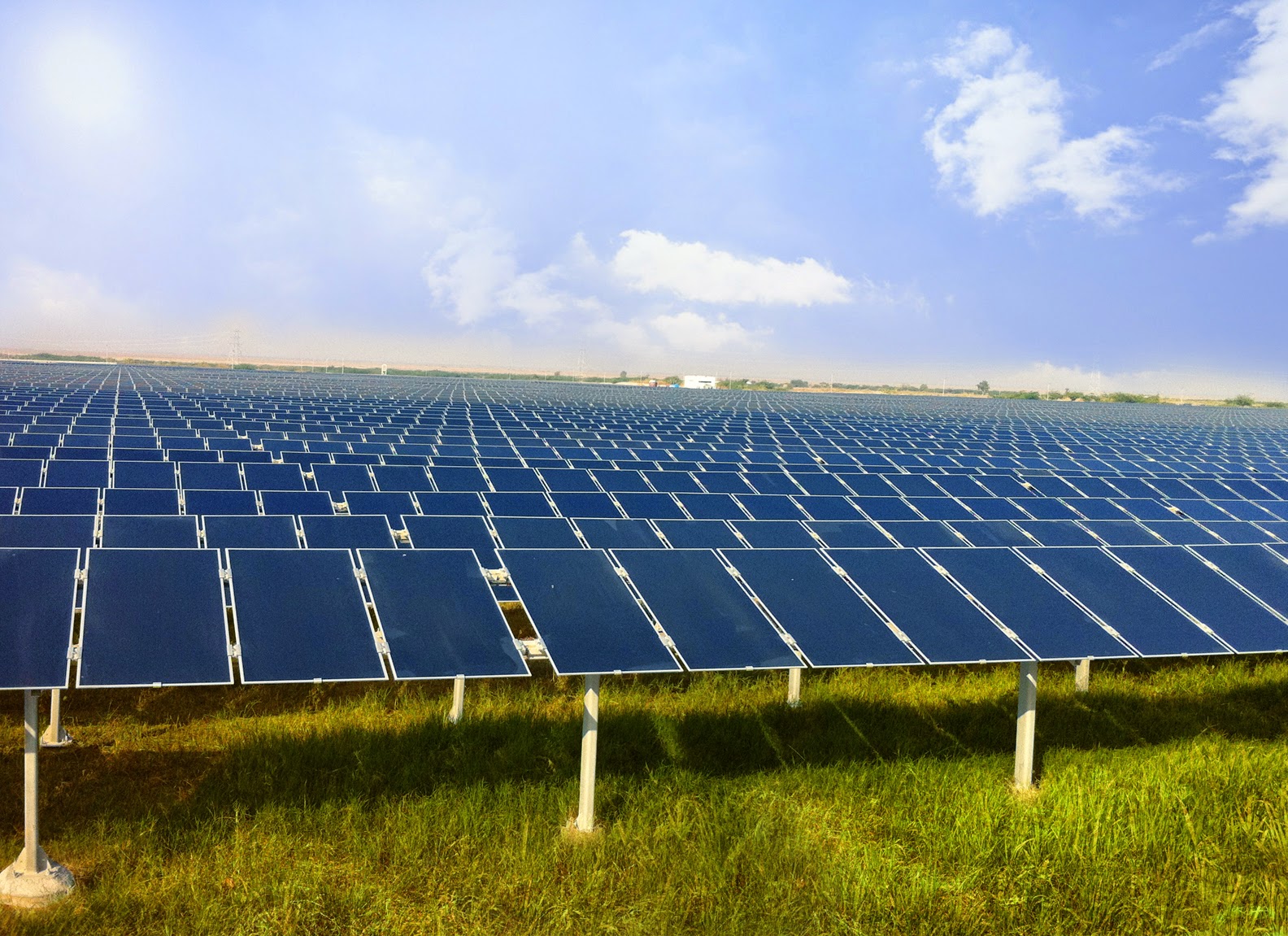 By far the largest operational solar farm in India is the 151 Megawatts “Welspun Solar MP project” built in Bhagwanpura village, just south of Diken, Jawad tehsil of Neemuch district, Madhya Pradesh state, in central India. It has been operational since February 2014. This plant, through a large one, stands no where in comparison to US giant solar farm “The Desert Sunlight Solar Farm.”

Things are however likely to change as another giant solar farm is being set up by the Madhya Pradesh state government in a joint venture with Solar Energy Corporation of India. The Rs. 4 Billion project is expected to come up by August next year in Gurh tehsil of Rewa district of Madhya Pradesh state in thirteen hectares of land spread over four villages of  Barseta, Ramnagar, Latar and Badwaar. This farm is expected to be of 750 Megawatts capacity and should pip the US solar farm easily in battle for supremacy. 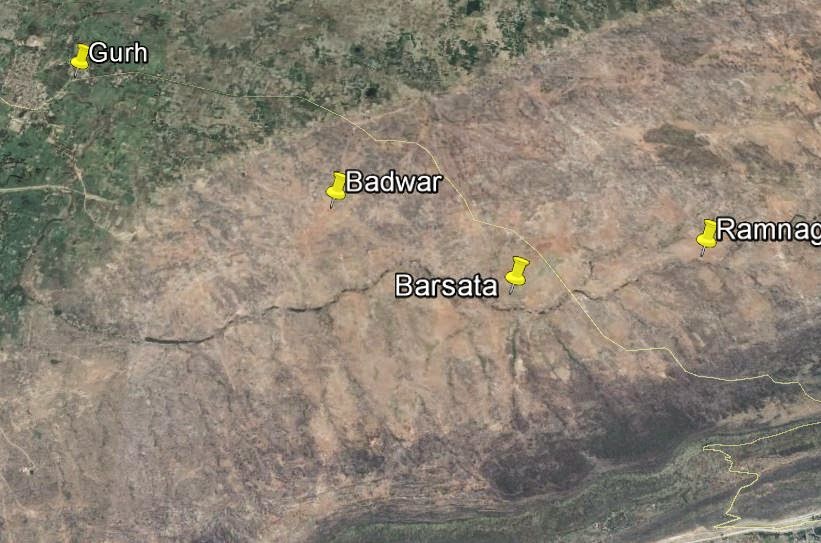 The 750 MW plant will have three segments of 250 MW each. 90% of the land for the project, which is non-agricultural and barren, is owned by government. The balance 300 hectares of non-government land is being procured. This land also is similarly barren and non- agricultural. The expected cost of power production is around Rs 5 per/unit, which would be lower than production costs in any solar project in the country. This has been made possible because of World Bank giving its nod to fund 49% of the cost at concessional rates. Work on laying transmission lines from solar farm is already under way.

Solar farms happen to be the most non polluting and lowest maintenance cost power stations that can be built. There is no doubt that they can be considered to be as more the merrier. The race to build the largest solar plant is therefore very healthy and welcome.