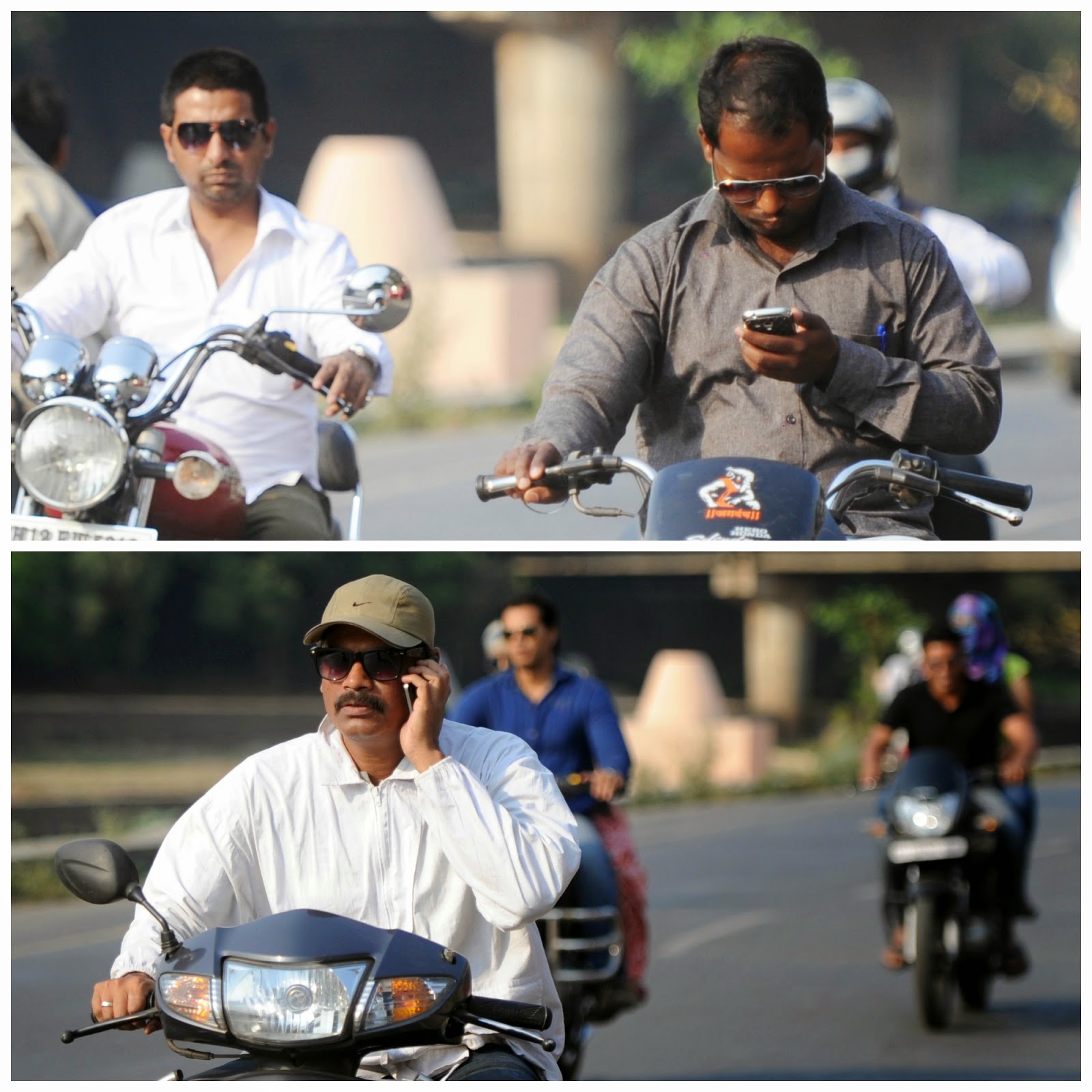 If there is one thing that I am mortally scared off, it is the time,when I am sitting on the passenger seat in a car and the driver starts talking on his mobile phone. As long as the conversation goes on, I keep looking halfheartedly around, expecting the car to knock off someone or crash against a pillar or a tree. Just imagine my plight, when the driver, instead of talking now starts actually texting a SMS or a message on Whatsapp. Probably it is unbelievable but its true! People do try to text messages while driving. Earlier, what the drivers could do at most was to smoke while driving, but now they smoke and also talk on mobiles.

With the advent of smartphones, the dare devils now have more new challenges opened for them. They can see photos, even watch videos, while driving. They can, while driving, take photos or video shoots and send them instantly to their friends. In my home town Pune, two wheeler riders commonly talk on mobiles while riding. The sight is so bewitching that it is worth clicking. The mobile phone is pressed against the ear by tilting the neck and held between the neck and the shoulder. With an eye on the traffic ahead, the conversation goes on merrily. The rider probably does not feel anything, but the bystanders have the same feeling that they would have while watching a particularly tough and breath taking act on trapeze. Even the ladies do it routinely, even discussing new recipes and other domestic problems with friends. 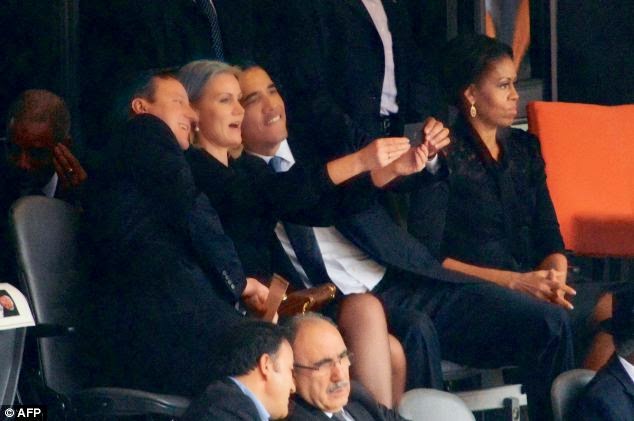 A couple of years back, smartphones came up with another facility to users; that of taking a “Selfie” or a self portrait. The idea of taking your own portrait, no doubt bit narcissistic, just caught on like wild fire. From pop stars to politicians no one could resist the lure of this self portrait. Oxford Dictionaries even named the phrase as the word of the year. There have been many “selfies” that became famous for variety of reasons. One of the most famous was the Pope posing with teenagers at the Vatican. There were many “selfies” that turned out to be controversial and were heavily criticized. One of that was the one taken of U.S. President Barack Obama and British Prime Minister David Cameron by Denmark's Prime Minister Helle Thorning Schmidt with US first lady looking with a grumpy face at Nelson Mandela's memorial. Another weird “Selfie” that became famous was that of actress Kim Kardashian clicking her own posterior. No doubt, car drivers now had another field opened to them; they could take their “Selfies” while driving.

There is no doubt that a “Selfie” could get you a good memento, when visiting a famous place such as Taj Mahal, but stretching a good thing to limits can make things turn sour very fast. On the morning of May 31st 2014, wreckage of a Cessna 150K two seater aircraft was discovered in a wheat field near Denver USA. Investigators estimated that the plane piloted by 29 year old Amritpal Singh, had crashed shortly after midnight and the pilot as well as his passenger both were killed instantly. It was believed that Singh's plane was about 740 feet above the ground when it descended rapidly and had hit the ground. 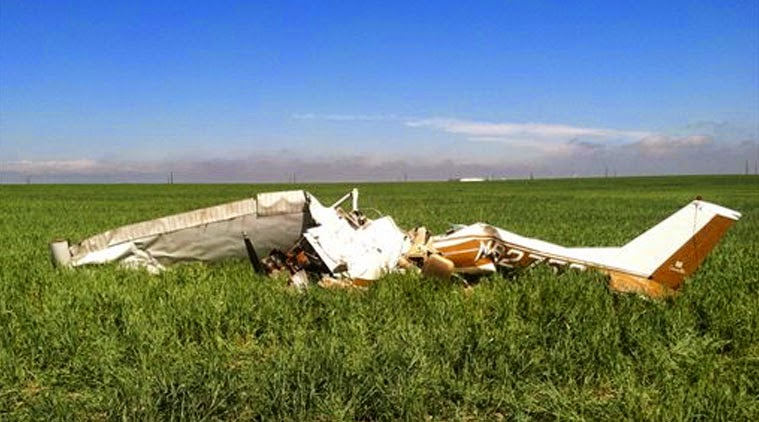 The National Transportation Safety Board in US has published its accident investigation report this week, It says "It is likely that cellphone use during the accident flight distracted the pilot and contributed to the development of special disorientation and subsequent loss of control."

The aircraft had a camera mounted to the plane's windshield, to record everything that happened in the cabin. The camera unfortunately had no recording of that fateful night. Yet it has records of pilot Singh and several other passengers taking selfies on their cellphones during a series of short flights before the crash. Based on this, NTSB portrayed a pattern of the pilot taking selfies and possibly texting while giving rides to passengers above Front Range Airport, about 30 miles east of Denver. NTSB investigators also found out that Singh lacked certification for flying at night with instruments and for carrying passengers at night. In short, the NTSB verdict is that Singh was clicking selfies when he lost control of the plane which led to the crash.

Singh's fatal accident, highlights the dangers of using smart phones while in control of an aircraft. However similar logic really extends to even driving or riding four wheelers and two wheelers, where drivers total attention is required on the road. In India unfortunately, most of the people do not follow the traffic rules, creating extremely dangerous conditions on road for themselves and others. Smart phone use has just added another dangerous dimension to the dangers lurking on roads.

Using Smart Phones on roads for calls, texting, seeing photographs and now for Selfies, its like playing with fire.