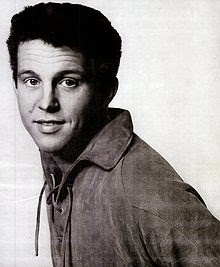 "Blue Velvet" is a popular song from 1950's covered by many artists. This week we feature this song, performed by Stanley Robert "Bobby" Vinton, Jr., who is an American pop music singer of Polish and Lithuanian ethnic background. This became his most popular song. It peaked at No. 1 on the now renamed Billboard Pop Singles Chart. It also served as inspiration for the film of the same name.
Enjoy!

If you can not see the embedded video on your android devices, here is the link. http://youtu.be/DeLBkoW1-Ow You can also copy and paste the link in your You Tube App. If that also does not work, search You tube, Blue Velvet, Bobby Vinton