It is tough to declutter things 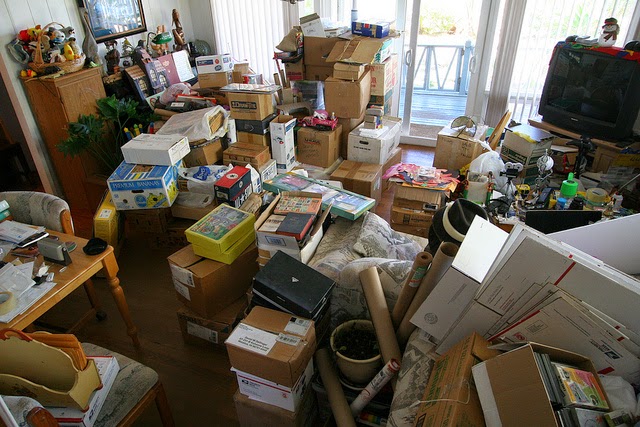 One of my relatives worked with Indian Railways. Throughout his working life he lived in the accommodation provided by the railways, located in nearabouts of some or other railway station. The railway colony accommodation, usually provided in typical two storied bungalows, used to be spacious to say the least. Whenever I visited this relative, I would find the house almost empty with only very few essential pieces of furniture. I once asked my relative about this. What he told me was really worthwhile. He had said that he gets transferred as a rule after every three years to a new town. Even though railways provide all facilities for shifting the house, it is still a lot of bother to set up the house in the new place. He finds the task easier if he has only a few furniture things in his possession.

This was quite understandable, but the other thing which he had told me really set me thinking. He had said that at the time of every transfer, his family sits down and disposes off almost every thing that they would not need in future. This decluttering of the house, really makes the shifting much easier and setting up the house in a new place much faster.

After I took up my first job in Mumbai and set up my house in 1960's, I also had very little furniture, but as our family grew and we moved around, not only furniture pieces grew but we kept collecting bagfuls of things that we have not even touched in years. As an example, just consider old photographs. In those days, there were no digital files. Every photograph taken was developed on photographic paper and then stored in an album with the result that we now have a large suitcase full of photographs and albums. There are photographs of relatives and friends long gone. Memorable moments from our lives, kids, grandchildren; it's a long list. I have been planning to get rid of photographs that have become irrelevant and digitise the rest, so that we can discard the prints. But the job is not as easy as I thought.

Perhaps the main difficulty in decluttering of old photographs is their sheer number, but what about old clothes? The old clothes, that I no longer wear, now occupy at least half the storage space in my cupboard and urgently need a clean up, yet I am finding a certain inertia or lethargy to take up this job in hand.

Like clothes and photographs, there are dozens of other things that need to be decluttered. Perhaps reader may confuse decluttering with tidying up, which essentially is the art of hiding unwanted stuff from our own eyes. Decluttering is organizing our stuff, which involves throwing away things we do not need.

One of the toughest target for decluttering is electronics stuff such as computers, tablets, phones, mobiles and the works. I may not be sure but I have at least one representative from each of these categories, which needs to be scrapped. In case of mobiles, I may even have 4 or 5 of them, waiting disposal. Then there are cables, earplugs, connectors and user's manuals for gadgets, which I no longer use. All this stuff just keeps lying on shelves, cupboards and even on tables. 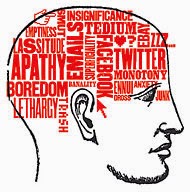 All this talk of decluttering stuff that is lying around in our offices, homes, garages and even inside the cars fades into oblivion, when we compare it with the biggest place that remains unimaginably cluttered. It is our head or to be more precise our brain and the stuff that clutters it are the memories. When a child is born, his brain is absolutely clean and tidy, but as he grows up, he starts retaining memories inside, of things that probably are important at that point of time. I have never been able to understand, why adults or even senior citizens can still retain memories from their childhood. When I was about 7 or 8 years old, I had gone for an school excursion. I still have a crystal clear memory of the market in that place, where my purse was pick pocketed.

I will suggest to readers to pause a little and try to gauge the total memory stock in their brains. It is just incomprehensible, that our brains retain such unnecessary stuff all the way to our ends. 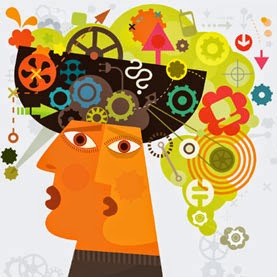 It is a common experience that if we try to remember the past, what we recollect are mostly unpleasant memories, where we were cheated, beaten or had felt ashamed. It is difficult to recollect good memories on our own without some kind of lead inputs coming from others. This proves, that even though pleasant memories do not come to mind easily, they are still there.

I have often felt that our lives are like a maze. Our future course of action, success, failure all depend upon the decisions or choices we go on making as we proceed. It is quite possible that we might make wrong choices because we do not know the after effects of that choice at the time of decision making. Many people blame their luck or providence for failure. Nothing can be far from truth. It is just a result of some decision taken by us at a point in time. So as we travel in this maze of life, we acquire memories, good or bad, at every step. There is nothing that we can do to prevent this situation. The problem is that our brain goes on carefully preserving each and every memory in the memory banks.

Once the brain approaches saturation point for memories collected in memory banks, the operating system starts misbehaving. This particularly happens during senior years. Even if one's brain is working perfectly with razor sharp accuracy, the baggage of cluttered memories starts troubling. Seniors keep on recollecting past memories, which are hardly relevant. This brings feelings of melancholy and sadness, because almost all these memories of the past are of unpleasant incidences.

There are experts, who say that they can eliminate memories from your mind. I attended a lecture once, where the expert had suggested that we should frame up memory like a picture and hang it like a picture on a wall in our minds; to be removed later, again like a picture on the wall. I do not know how successfully this would work, but some such trick is needed.

Just imagine how happy our life would be, if we can get rid of all those heaps of memories of unpleasant things and persons stored inside us. Uncluttering the mind or brain is perhaps the greatest challenge faced by us. Tidying up household or personal stuff is just a pittance when compared with it. It is really tough to declutter, whether our households, offices or even our brains.