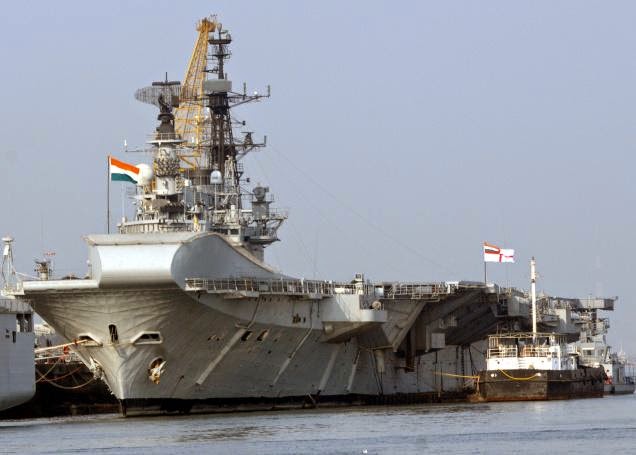 Like humans, the ocean faring ships also grow old, even when they are periodically maintained and refitted. The continuous contact with the salt water is obviously the most obvious reason. But for India's second aircraft carrier “ Viraat,” that may not be the only reason as she faces decommissioning sometime in the middle of 2015. She would perhaps continue to be around for another six months and may take part in the grand farewell at the International Fleet Review at Visakhapatnam in February 2016, before going to a ship breaking yard.

Though, INS “Viraat” was commissioned into Indian Navy in 1987, well before India's first aircraft carrier “Vikrant” was decommissioned in 1997, it was not a new ship. The ship that has now completed a service life of 56 years as on date, was built and actually commissioned in 1959 for the British Navy as HMS Hermes. The construction work had continued for fifteen years. She had served as the flagship of the Royal Navy's task force during the Falkland Islands campaign in 1982.

Indian Navy purchased the vessel in April 1986 and was subjected to an extensive refit to allow for continued operability. New fire control equipment, navigation radars, improved NBC protection, and deck landing aids were installed in this refit. Boilers were converted to operate on distillate fuel.
A 12° ski jump was also fitted along with a reinforced flight deck to operate the Sea Harrier aircraft from the ship. From 1987 till today, five mid-service refits have been carried out on the ship for it to continue in the fleet. However, the warship's age and cost of maintenance has since prompted naval headquarters to consider decommissioning.

India's third aircraft carrier, INS Vikramaditya became operational after a long wait only on 7th May 2014. Indian Navy prefers to have two operational aircraft carriers and at present this wish is fulfilled. However with INS Viraat being decommissioned in this year, Navy may be left with only with carrier again. 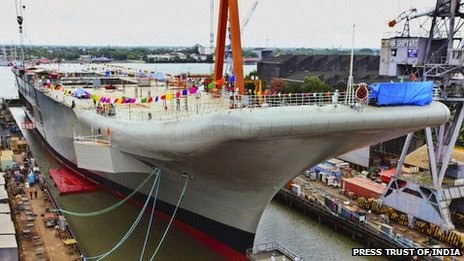 Considering above facts, Navy had earlier planned to extend life of INS Viraat by another four or five years and the carrier was to have been dry-docked at the shipyard for another round of periodic refit in December 2014. However that was cancelled, in view of the retirement proposal. 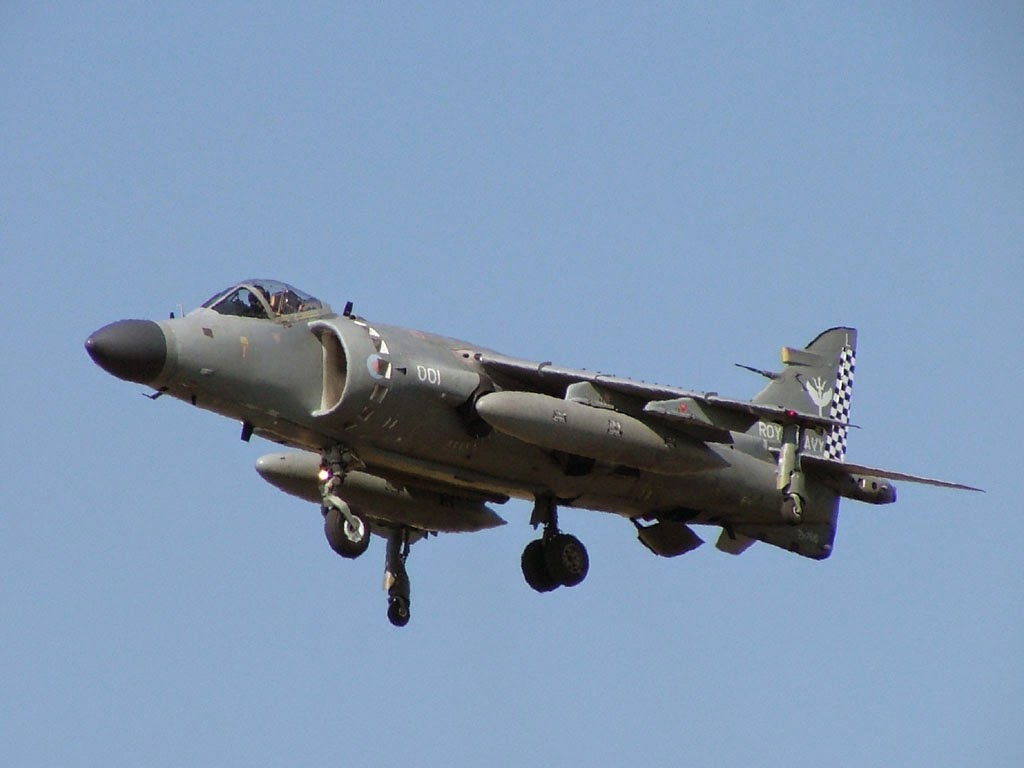 The most important reason for this change in plans has been the status of the fleet of Sea Harrier fighters supposed to operate from the deck of INS Viraat. The Sea Harrier is a naval short take-off and vertical-landing/vertical take-off and landing jet fighter. The Sea Harrier in active use in the Indian Navy are known as FA2 and have been manufactured in 1993-1998 period. The original supplied aircraft were upgraded with modern avionics and beyond visual range (BVR) strike capability. Because of the ageing airframe however, only seven Sea Harriers are available at the moment; some of them being cannibalised to keep the ones in relatively better shape- airworthy. Because of this dwindling of its air arm, INS Virrat is sometime jokingly called as “One Harrier Carrier.” This probably is the main reason for which navy has decided against extending the life of this ship and wants to decommission it.