Historical figures; why do we glorify or vilify them? 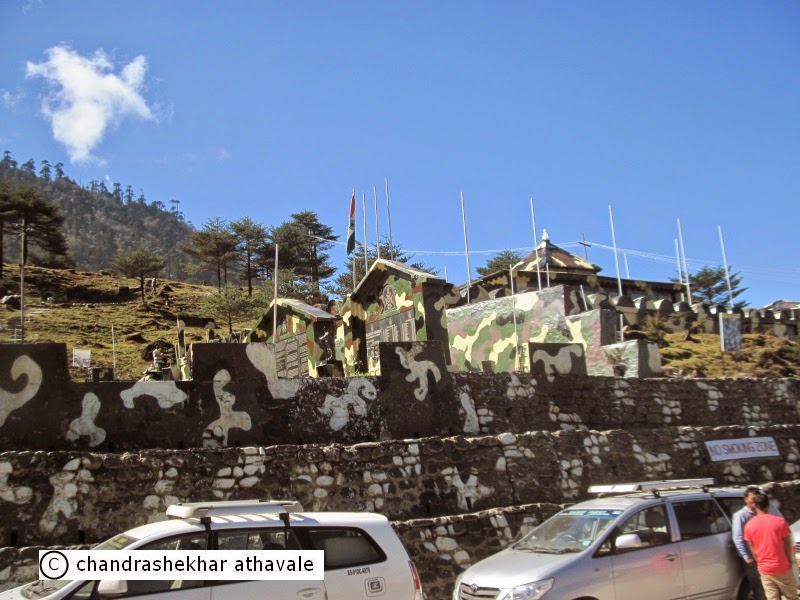 Recently, I visited a place called Jaswantgarh in Arunachal Pradesh state of India. This place was actually a defensive position a few Kilometers north of the SeLa pass, set up by Indian army to fight against advancing Chinese forces in 1962 war. A great battle was fought here by Indian army in which heroic efforts of three soldiers defeated the Chinese. Two of the three soldiers had lost their lives. Jaswant singh- after whom the spot is named-was one of them. There can be absolutely no doubt about the valour and bravery displayed by this rifleman, fighting against heavy odds. 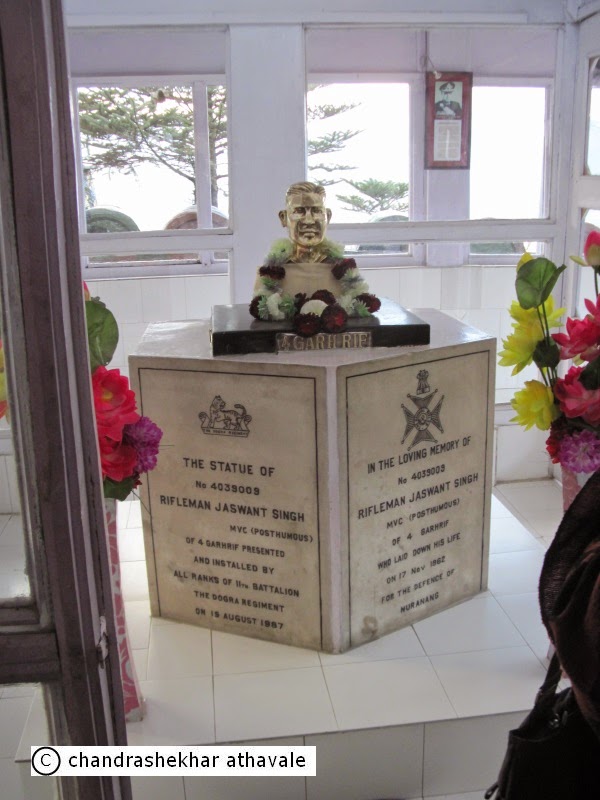 I came across number of stories, which depicted Jaswant singh's heroic efforts in a totally different way. In fact, one story narrates this battle in some kind of Rambo style fight in which Jaswant singh alone, with help of two local girls, had defeated and killed advancing Chinese army single handed. Nothing can be further from truth, as the correct narration of events is already displayed at the memorial in form of a display board. Why do we spread such superlative but false stories about dead, who can not defend themselves or comment about the historic event? Perhaps the glorification gives some consolation to our minds.

Read any fiction based on some historic event. It could be second world war or India's fight against foreign invaders. We glorify the actions and the events to such an extent so as to create impression on the minds of the readers that the characters were some kind of super humans. Main reason for this glorification, according to me, is to fit these characters and events into our expectations. Let me give you an example. Each and every Indian today, hates our past, where for at least last 2000 years, we were continuously attacked by people coming from central Asia and Europe, who conquered us, made us to part with our wealth and imposed great misery on us. Starting from Kushans, I can list, Greeks, Sakas, Huns, Afghans, Turkmenistani Moghuls and finally English people, here. There have been a few sporadic efforts to stop the invaders. We glorify these efforts by few men like Chandragupta Maurya, Gautamiputra Satavahana, from pre-historic periods and heroes from recent past like Rana Pratap from Rajasthan and Great Shivaji off course. However, we never seem to think about the fact that India was conquered because it was never united, There were too many kings, who fought against each other and finally each and every one lost against the foreign invader. We glorify the deeds of few heroes in this long dark history of defeat, because it gives us some kind of relief and solace. 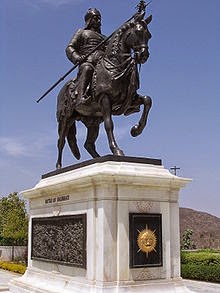 
Glorification of heroes, according to me, can be tolerated to some extent as it may not cause too much damage except for ballooning of egos. What is worst is the new trend of vilification of some historic characters either for some ulterior motive or to gain popularity by sensationalism. Let me give some examples. We have been learning from our history text books that The Great Maratha king Shivaji, was tutored in his early life by an dministrator of his lands, “Dadoji Konddev.” To be frank, till a few years ago, I did not even know, surname of this historic figure and his cast or community. A few years back, someone found out that he belonged to a particular community hated by many. When this fact came to be known by a group, who take pride in being anti of that community, they were terribly upset. This led to realignment of history from what we had read from the history books, and that poor “Dadoji Konddev,” lost his place from history books and even his statues were removed. No one knows for sure, whether “Dadoji” was really the tutor of great Shivaji or not, yet he lost his place in history, just because he belonged to a particular community and in present context, it does not look appropriate that a person of this community could have been associated with the Great king. 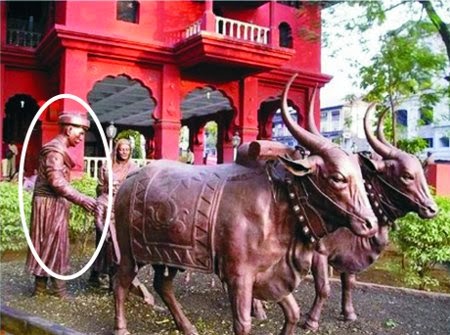 
Since the medieval period in Maharashtra,  three saintly persons and their poetry, have dominated the minds of common people of this land. Out of these three, Dnyaneshwar, is from 15th century and Samarth Ramdas and Tukaram belonged to 17th century. It so happens now that two of the three,  Dnyaneshwar and Ramdas did also belong to the community of "Dadoji."  A new movement has lately been started to raise Tukaram's status and downgrade that of the other two. If you take a larger perspective, the effort looks childish, because the thought and its expression in form of poetry, from all these three has overwhelmingly dominated culture of Maharashtra for last four or five centuries. Yet some people have indulged in it because it suits there political perspective today. 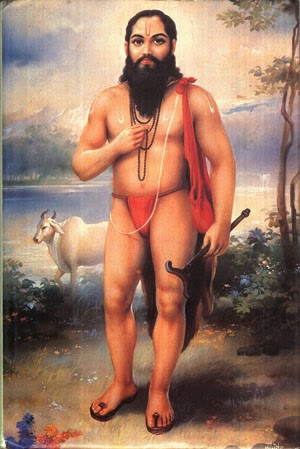 An artist's imaginative painting of Samarth Ramdas; no longer a favourite


However the worst vilification according to me, is not caused by people who look upon history with some ulterior motives, because impact of such vilification efforts on the society is rather limited. What makes the most long lasting and deep impact is the vilification done by authors, poets, play writers and litterateurs, who effectively vilify historic characters, through their novels, poems or plays. We may add to this list now, movie makers and TV serial makers too.

During my childhood, I had read number of works of fiction, based on Maratha  History. One Marathi author, “Nathmadhav,” is particularly noteworthy. He must have written 20 or more novels, set during Maratha period. We can add contemporary works of “ Ranjit Desai,” to this list. There also have been many Marathi theater plays based on Peshwa history. One thing that can be said about all these works of fiction, is that they never vilified any historic figure. Yet, a Marathi play introduced during 1970's, has proved to be such a great exception to this norm that it has managed to turn a real life Maratha hero into a caricature, that has become a lowly subject of raunchy comments and randy or rowdy jokes. 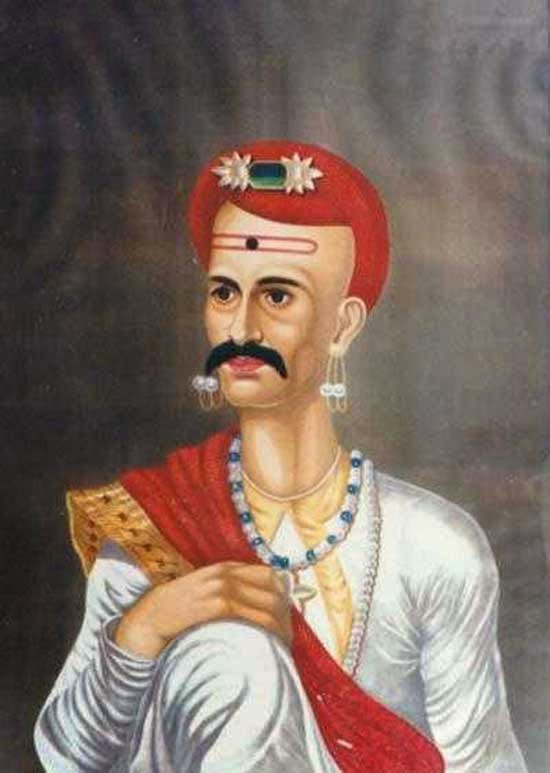 
I am speaking about “Nana Phadanvis,” who sworn to protect a 40-day old Peshwa and almost singlehandedly prevented the British from fulfilling their imperialistic designs on Maratha Empire for at least two decades. In process, he became one of the most powerful men in India and for over 20 years, he had called the shots in the Maratha Empire.

It is a historically known fact that this man was easily attracted by women. He himself has candidly talked about his early attraction for women in his youth, in his autobiography. However, what this play writer, using this trait in Nana's character, has done in this play, is just unbelievable. Nana has been defamed and made to look like a lowly character, almost a maniac. Any real history lover would be pained to see this kind of character assassination of this historic figure, particularly when the person is attributed with such extraordinary and great historic achievements.

I always believe that history should be seen and studied objectively, we tend to look at it with passion and in the framework of in vogue traditions and norms of the society. We always tend to rewrite history so as to satisfy our inner emotions and egos. Such kind of doctored history is not of any real use to any one at all, because it would never teach us anything. That is why I feel, that we should never colour or taint history, with what we think is right and  we should study only the facts, however painful or hurtful they may be to us.