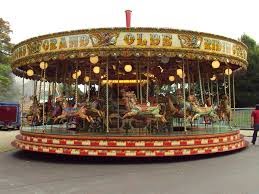 All of us must have seen or ridden a carousel, sometimes also called as merry-go-round, which essentially is an amusement ride consisting of a rotating circular platform with seats in the form of rows of wooden horses or other animals mounted on posts for riders. I had often wondered, from where this word might have come. Actually to carouse is a verb, which interestingly means “drink alcohol and enjoy oneself with others in a noisy, lively way.” Perhaps the connection between these two words may be the slight giddiness one feels, while riding a carousel because it goes round and round and which is somewhat similar to the experience one has after too many drinks.

Frankly, I can not imagine, why and how the idea of enjoying oneself or carouse got interknitted or intertwined with idea of consuming alcohol? Yet, another phrase with a similar meaning, that we often use, also has this alcohol association, though only in specific contexts. This simple phrase “having fun” has different meanings when used in different contexts. If a person says that he himself is having fun, it usually means that he is enjoying himself ith a drink, but when the same person uses this phrase about someone else it usually means that the other person is attracting opposite sex attention. The meaning completely changes, when we wish others saying “Have fun!” Here it means that we are wishing that person just a good time. Even more interesting is the fact that “carouse” and “having fun” are actually Synonyms and may have all kinds of meanings from booze, frolic, imbibe, play to even riot or paint the town red.

Does this mean that having fun is really inseparable from the process of having a drink, as far as meaning of the word goes? Ask any party goer, whether he enjoyed the party? The answer would mostly depend whether he had drinks or not. For a drinker, the party always is a great fun. Whereas for a non drinker it may be a social torture he has to undergo as a member of the society.

I have been attending parties for decades now. But I always remember the first party I had ever attended. I was working for an Indian conglomerate and the party was arranged because the top boss was visiting the factory, where I was working. On the day, this party was held, I had received a detailed instruction sheet regarding expected behaviour at the party. Juniors like me were expected to politely decline hard drinks, which would be circulated around. Senior managers were allowed one drink. Regarding dinner, which was a buffet, we were told what to serve ourselves and what quantities. Naturally the party was a huge success from management point of view with well behaved officers enjoying themselves with the top boss, who seemed pleased. In reality, for people like me, it was a horrible time as we were always on our toes and extremely careful about what we said. 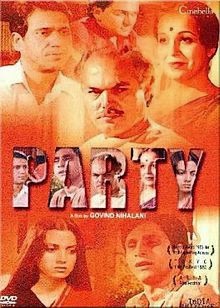 I had seen a film in 1980's titled as “Party.” The film was an intelligent satire aimed at the urban elite. It depicted their apathy towards the society at large, getting away, by the way of small talk and prosaic conversations, even though their raw feelings of jealousy and hate, keep appearing in flashes throughout the film. The film certainly depicted a true picture of what happens at most of the parties.

Why does anyone host a party? No one does it so that his friends can have fun for sure. The parties, when hosted by someone, always have a secret agenda. The host may be offering his candidature for some committee and wants support from people or he wants to impress someone or show off something. The others are invited just to create the right atmosphere. So how does a party proceed in India? Couples arrive at the venue and men and women form separate groups. Men gossiping over drinks and dirty jokes and women talking about fashions, jewelery and food. Then there are few like me, who do not drink and are just bored moving from one group to other. In such parties, there are always some smart operators ( at least they consider themselves so). These guys go around and try to impress people with their talk, making the whole party scenario even more dreadful.

There are other kinds of parties, which tend to be even more boring. These include kid's birthdays. No doubt the kids have a great time with the eats,drinks ( sodas) and games. For adults, unless the birthday kid is your own or a grandchild, the party presents the prospect of dullest evening. Most of the parents, who attend such parties have come there essentially to accompany the kids. Since they can not go back, they sit on the sidelines gulp coca cola and yawn. 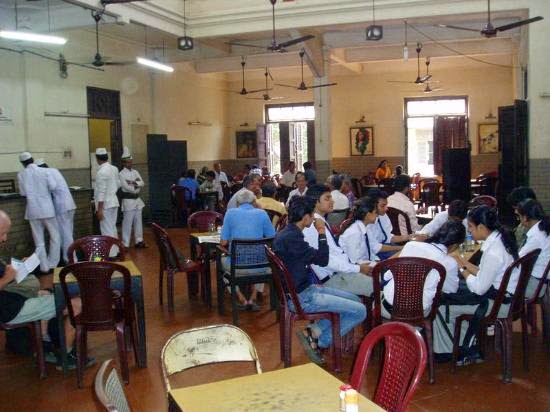 It should be obvious by now that having a party is certainly not my idea of having fun. I have found that a coffee house chat with few fiends far more rewarding and enjoyable than a late night party or bash. It produces real bonhomie and fellowship amongst friends and invigourates me.

I have seen young kids and teenagers enjoying themselves at parties. They obviously do not have drinks, yet they seem to enjoy the company thoroughly. Similar are the ladies groups, who get together, have food and snacks and have in general a roaring time. If process of having fun is really inseparable from the process of having an alcoholic drink, how can these people enjoy?

In conclusion can I say that enjoying oneself has nothing to do with the process of consuming alcoholic drinks? I feel, I can. What one needs is the right environment and a good company, where everyone is on the equal or same footing. Only then is the real feeling of enjoyment or having fun begins. Alcoholic drinks are hardly essential or inseparable part of it, whatever way the meaning of the phrase may go.