Feeling it in the bones! 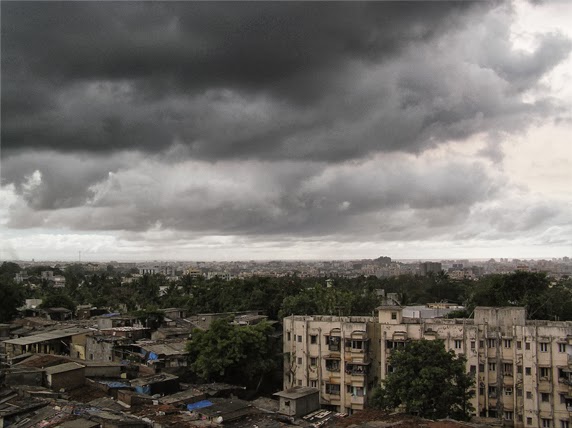 Around middle of September every year, my old grandmother used to start complaining about her joint pain and in particular her knee pain. She had a pet theory. She would say that whenever the seasons change, she feels it in her bones, Truly, again in around middle of February, her joint pain would recur. I never took her seriously, accrediting her joint pain only to arthritis from which she used to suffer.

Today, I recollect her sayings often, because I now realise from my own experiences, that she was absolutely on target, when she used to say that she felt the weather in her bones. I am normally a fit person with my daily ration of exercise, diet and my moderate living style. Yet there are two periods every year when all kinds of minor body ailments or troubles seem to be cascading upon me. I get attacks of sinusitis, terrible pain in my arms or legs, indigestion, headaches, stomach upsets and so on.

The first of these periods starts usually by middle of September every year and could last till early November and the second period lasts from middle of February to middle of March. I am now equally convinced as my grandmother was, that I feel the season change in my bones.

Ancient Indian medical practice; 'Ayurveda,' elaborately describes the effects of various weather conditions on our bodies and tells us the natural remedies for them. Hippocrates in 400 B.C. noticed that some illnesses were seasonal. The traditional Chinese medicine term for rheumatism itself is known as "wind-damp disease."

Modern medical theories however discarded this thinking and thought that seaspnal changes have nothing to do on our bodies. A Stanford psychologist, late Amos Tversky said in 1990's: “ People's beliefs about arthritis pain and the weather may tell more about the workings of the mind than of the body," and completely discarded what “Ayurveda” has been telling us for ages.

Many Doctors are however coming round to note that indeed there is a connection between the weather and our bodies. Some studies point out the linkage changes in temperature, humidity or barometric pressure have to worsening pain from rheumatoid arthritis and osteoarthritis, as well as headaches, tooth aches, jaw pain, scar pain, low-back pain, pelvic pain, gout and phantom-limb pain.

Accuweather, one of the internet's popular weather channel, has come up with Indexes on their website that calculate the likelihood of aches and pains based on barometric pressure, temperature, humidity. Here are some interesting body-weather relationships from AccuWeather.

a. When lightening strikes within 25 Km, many suffer headaches. According to a recent study, air-pressure changes and electromagnetic charges may affect pressure in the brain.
b. Heat, cold and even light breeze can aggravate the stabbing pain in a major facial nerve. (Trigeminal neuralgia)
c. Fibromyalgia symptoms such as debilitating fatigue, sleep disturbance, joint stiffness, difficulty with swallowing, bowel and bladder abnormalities become worst with on set of cold weather or approaching storms.
d. Risk of heart attacks increases by 7 % with every 18 deg Fahrenheit (11 Deg Celsius) drop. Possible reason is that cold weather may be promoting blood clots.
e. Falling air pressure can make joints swell, pressing against sore, inflamed tissues. Cold also may make muscles contract and lower tolerance to pain.
f. High temperatures and high humidity can bring attacks of Gout. It could be because of perspiration causing dehydration that raises uric acid concentration in blood.

AccuWeather meteorologist Michael Steinberg says that changes in barometric pressure, temperature, humidity and wind tend to affect joints even more than current weather conditions do, and that is why Arthritis pain felt by patients is felt higher the day before a storm or a sharp drop in temperature is forecast.

It is a common experience for people from my home town Pune, which usually has very chilly nights in the winter, that they feel instantly better, if they travel to Mumbai, which has hot sultry weather even in that season. So would shifting your residence to Mumbai during winter would help to alleviate the pains due to seasonal changes? Doctor Robert Jamison, a professor of anesthesia and psychiatry at Harvard Medical School says that it may only bring temporary relief. He says: "But if you live there full time, your body seems to acclimatize and you become sensitive to even subtle weather changes." Dr. Jamison also has an interesting observation. He surveyed 557 arthritis sufferers in four cities in USA in 1995 and found that more than 60% believed the weather affected their pain—regardless of whether they lived in San Diego, Boston, Nashville, Tenn., or Worcester, Mass.