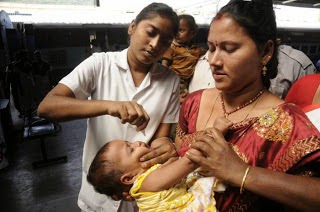 A Friday with thirteenth as the date, is considered most inauspicious by some people. In January 2012, the Thirteenth day had fallen on a Friday. Yet for each and every Indian, that day turned out to be the most auspicious day of all. Many people in India, had dreamed of this day since fifteen or twenty years in past and the dream actually came true on that day. There were clear signs earlier, that a disease known as Polio, which spoils the future of young kids and makes them disable for their life would disappear from India. 3 years earlier (in 2008), 741 Polio cases were reported from India. Following year, this number came down to 42. In 2010, only one Polio case was reported from West Bengal state. Finally from 13th January 2011 to 13 January 2012 or for full one year not a single case was reported from anywhere in India. World Health Organization presented official certification to India for its ‘Polio Free’ status in March 2014 and also declared the World Health Organisation's (WHO) South-East Asia Region, home to a quarter of the world’s population, to be certified polio-free, judged by an independent commission under the WHO certification process. With this, four of six WHO Regions of the world are certified to be Polio free, marking an important step towards global polio eradication. With this step, 80 per cent of the world’s population now lives in certified polio-free regions.

Only three countries in the world are now considered as endemic countries for Polio. These are Pakistan, Afghanistan and Nigeria with Pakistan being the worst. Polio cases were reported from Pakistan in 2011, mostly in border areas; in Khyber Agency and in North and South Waziristan Agencies. But a big setback to Pakistan's efforts towards Polio eradication effort came when Hafiz Gul Bahadur, the believed host of the Haqqani network in North Waziristan Agency and a powerful Taliban commander has said that that the 'shura' (council) of militants had decided to ban the vaccination drive as long as US drone strikes continued in the region. He also claimed that the vaccination campaign was actually a cover for American spies. According to a senior Pakistani Government official, there were a total of 58 cases in 2012, but in 2013, 73 fresh victims of polio were reported. 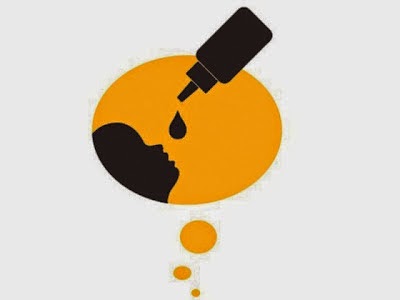 The situation in Afghanistan is grim but continues to improve. There were 80 cases in 2011, 42 cases in 2012 and only 18 cases in 2013. Polio is believed to be spilling into Afghanistan from Pakistan, which has recorded some 200 new cases in 2014. The total number of Polio cases in Afghanistan for 2014 was 28. Most of these cases are linked to cross-border transmission with neighbouring Pakistan.

India, which officially became Polio free in 2011, shares a long international border extending over 3000 KM with Pakistan. There is a continuous exchange of people across the border. It is but natural that the return of the spectre of Polio, which has increased across the border, is causing much concern in India. The polio virus can easily be transmited through contaminated water and faeces. 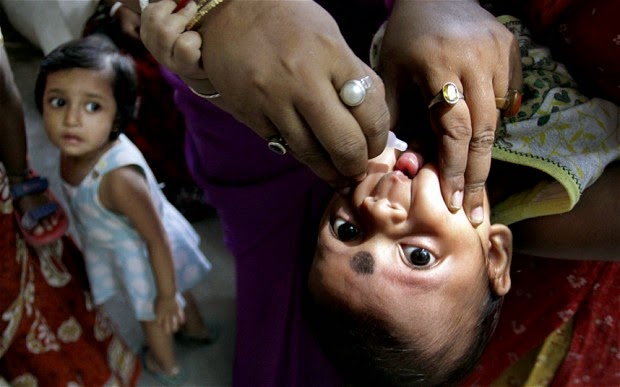 In the beginning of 2013, India decided to give compulsory Polio shots to all children entering or leaving India to Pakistan. The practice then was followed even at Bangladesh borders. The importance of this measure can be only be elucidated from the recent WHO observation that linked an outbreak of polio in Syria, that has paralysed 13 children, to a strain of the virus from Pakistan. The signals are very clear. A lurking danger exists across the borders of India.

India's Prime Minister made an offer to support medical surveillance of polio-free countries, and provide vaccines where it might reappear, during the 18th SAARC summit in Kathmandu in November 2014. Following this, India's Health and Family Welfare Ministry offered to share best practices that have helped India remain polio free since January 2011 to both Pakistan and Afghanistan through the Ministry of External Affairs.

India’s offer to share its expertise on polio eradication has been accepted by Afghanistan and an Afghan delegation is expected to be in India this month ( February 2015) to learn from the Indian experience.

Unfortunately, Pakistan, where six new Polio cases have been reported in January 2015 alone, has not responded and maintained silence on whether it wants to take up the offer. If Polio cases continue to grow in Pakistan, both Afghanistan and India remain in the shadows of a great danger of the Polio spilling across the border. For both of them it is a clear and present danger.

Email ThisBlogThis!Share to TwitterShare to FacebookShare to Pinterest
Labels: Afghanistan, danger of polio spilling over borders for India and Afghanistan, Offer of help in Polio eradication from India, Pakistan, Polio