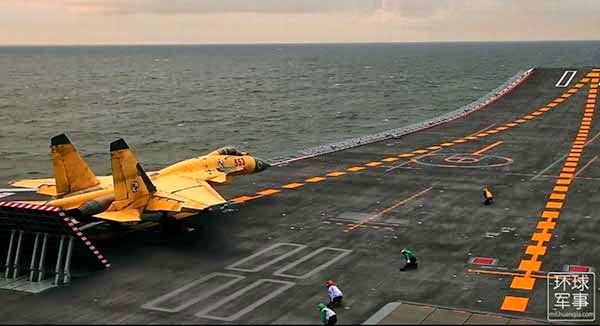 In the year 1997, The National Agency of Ukraine for Reconstruction and Development announced a garage sale for a rusting and languishing hulk of a ship named as “Varyag”that has been lying at a shipyard near the town of Mykolaiv, with direct access to Black Sea, since 1991, for a reserve since price of US $ 20 Million. There were hardly any takers for the engineless hulk. In November 1998, a well-connected Chinese entrepreneur named Cheng Zhen Shu made an offer of US $ 20 Million for the ship on behalf of his company Chong Lot Travel Agency. Mr Cheng said that he would tow the ship out of black sea and take her through the Mediterranean all the way to the Portuguese gambling haven of Macau near HongKong. He said that his company would refit the warship as a floating hotel and a real casino Royale. More than happy at this deal, The National Agency of Ukraine for Reconstruction and Development sold off the hulk to Mr. Cheng.

Trouble brew even before “Varyag” could leave the Black Sea port. Mr. Chong-Pin Lin, a Taiwanese national security scholar found out that Mr. Cheng had spent 10 years as a People’s Liberation Army officer of China and his travel agency, Chong Lot Travel Agency might be part of a Chinese military reverse-engineering project. As soon as this became known, Western intelligence agencies went on alert. Military analysts warned that Chinese Navy, mainly a coastal defense force was trying to acquire ‘blue water’ credentials and capability of projecting military power abroad. As a result, Western governments pressured Turkey to deny Mr. Cheng permission to pull his unequipped warship through the Bosphorus Straits.

Finally in 2001, Turkey gave consent to tow the “Varyag” out of Bosphorus straits after a great publicity blitz by Mr. Cheng and his Chong Lot Travel Agency. On 1st of November 2001 the Bosphorus straits was closed to all shipping traffic and 'Varyag” was finally towed and escorted by a flotilla of tugboats and pilot ship through the Bosphorus Straits near Istanbul. In the Mediterranean, the ship ran into trouble off Greek coast. She was Caught in a powerful autumn storm and broke towlines. The Greek coast guard had to land a helicopter on the deck to help reattach the towlines. In the process, a sailor fell overboard and died. Eventually the warship was secured, and it continued on its journey. In 2002, the Varyag reached her destination and dropped anchor. But as widely expected, it was not in Macau but rather in Dalian, a northern China port that is home to the country’s largest shipyard. With the arrival of the hulk, it was clear that China had taken the first step towards building a true blue water navy. “Varyag” was to be the first aircraft carrier of the Chinese navy. 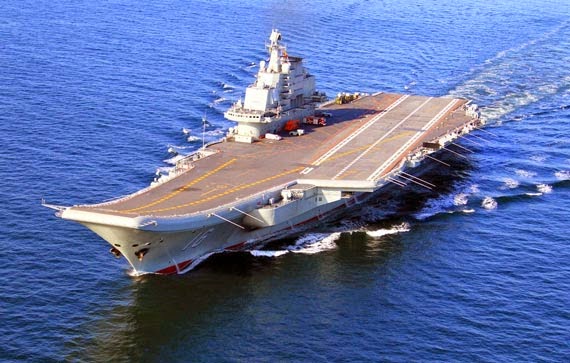 From 2005 to 2011 the ship remained in dry docks as it was refitted with various systems. It was named as “Liaoning.” On 10 August 2011, “Liaoning.” began sea trials. In 2012, the first trials for aircraft handling were made. China established its first carrier-based air force in May 2013. Even today, the role of the ship remains mostly training and evaluation ahead of the building of domestic carriers, with only a limited operational role. Flight control software, avionics, weapons and radars are yet undeveloped. PLA officers on the ship admit that the carrier was far from operational readyness with extensive further trials and exercises required. Since it is currently only a training ship, Liaoning is not assigned to any of China's operational fleets.

Boosted by the experience of building the Liaoning, China now wants to add up to three more aircraft carriers to its arsenal as a deterrent to the accumulation of forces in the Asia-Pacific under the US’ “Pivot to Asia” doctrine.

People's daily of China in an article on 5th February 2015 has come up with a report on future of aircraft carriers in China and says;

60,000 or 80,000 tonne ships are quite large ones. In comparison, India’s aircraft carrier, Vikramaditya has a displacement of around 40,000 tonnes. Building these ships is likely to be a tall order for Chinese shipyards. What is of more relevance now, are the news leaks pointing to China's plans for second aircraft carrier. A report in South China Morning post has quoted number of such news leaks. The report says;

“ A city government microblog and an official newspaper in Changzhou, Jiangsu province, separately mentioned on Saturday that a power cable manufacturer in the city had "won a tender for the second aircraft carrier". The sources cited a city government economic and information technology conference held on Friday.

Under the headline, "Planes, High-speed Railway, Aircraft Carrier - all bear 'Made in Changzhou'", the Changzhou Evening News reported that the city government meeting highlighted the ambitious plans for the year of several top manufacturers, ranging from car makers, to producers of planes and naval vessels. It said Jiangsu Shangshang Cable Group had "won a tender for the second aircraft carrier" ”

As seen from India's experience in building aircraft carriers, it is really a tough project. China already is aware about this, because it has taken them 12 years to convert an incomplete hulk of a ship to an aircraft carrier, which is still not functional to its full capability. To build 3 aircraft carriers with 60000 to 80000 tonne capacity would be very challenging, to say the least and would take China a few decades for sure.