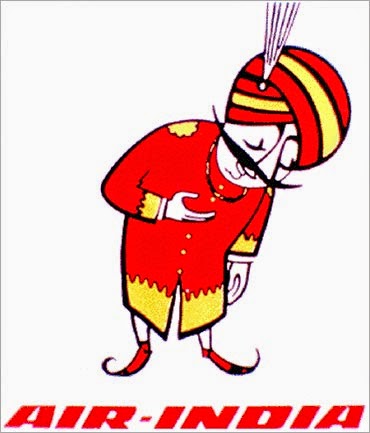 Across the road from my house, stood a two storied old house, built in 1930's. Sometime back, the owners decided to sell off the property. Later, the new owners wanting to construct a commercial building at the spot, decided to demolish the old house. The day, the labourers started to work their sledge hammers on the old house, I must have looked at that house hundreds of times. It is true that I was no way connected or concerned with that house, neither I had any kind of interests theirin, yet I had a feeling of uneasiness that day, feeling that something is being taken away from my life, that I will never see again.

Many people must have felt in similar fashion, when Air India, India's national airline, announced that they would soon replace the Air India's mascot, an iconic portly figure in regal garb and hands folded in “namaskar”, popularly known as the Maharaja. He would be replaced with a younger and trendy figure that would be in tune with the times.

Air India was born as the Aviation Department of Tata Sons ( a group company of Tata Conglomerate) in July 1932. It became a public limited company on 29 July 1946 under the name Air India. The Maharaja was born the same year from imaginations of Air-India's then commercial director Bobby Kooka, and Umesh Rao, an artist with J. Walter Thompson Ltd, as a design meant to be used for memo-pads given to passengers on board Air India flights. However, the figure was so much liked by everyone that Air-India adopted it as its mascot in that year itself and used it all over the place in promoting the airline.

In 1948, after the independence of India, 49% of the airline was acquired by the Government of India, with an option to purchase an additional 2%. In return the airline was granted status to operate international services from India as the designated flag carrier under the name Air India International. Though the constitution, name and share holding along with ownership of Air India changed, the Maharaja did stay put. 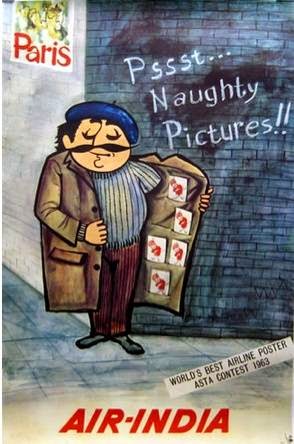 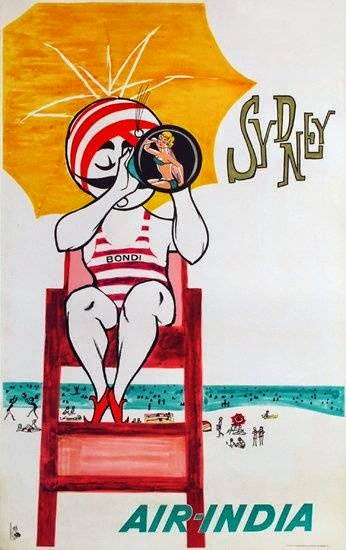 There has been criticism that the figure of the Maharaja can be interpreted as a symbol of feudal power. However its creator Booby Kooka has maintained, "He may look like royalty, but he isn't royal." In the early years, Air India was considered as one of the best airlines in the world with comfortable aircraft, superb hospitality and punctual service. People of my generation held Air India in certain esteem and ware always proud of it. Air India posters produced throughout this period were fantastic examples of poster art and loved by everyone. 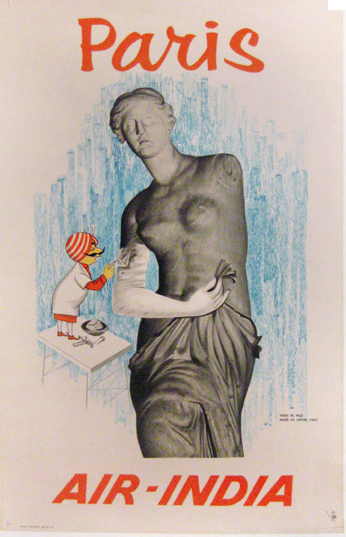 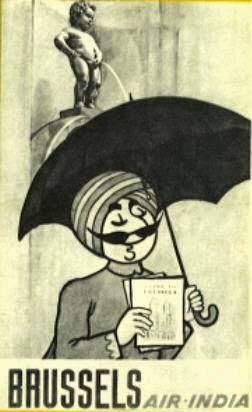 I found a very interesting description of the Maharaja on the website of the the airline. It says;

"The Maharajah began merely as a rich Indian potentate, symbolizing graciousness and high living. And somewhere along the line his creators gave him a distinctive personality: his outsized moustache, the striped turban and his aquiline nose. He can be a lover boy in Paris, a sumo wrestler in Tokyo, a pavement artist, a Red Indian, a monk... he can effortlessly flirt with the beauties of the world. And most importantly, he can get away with it all. Simply because he is the Maharajah!" How true! 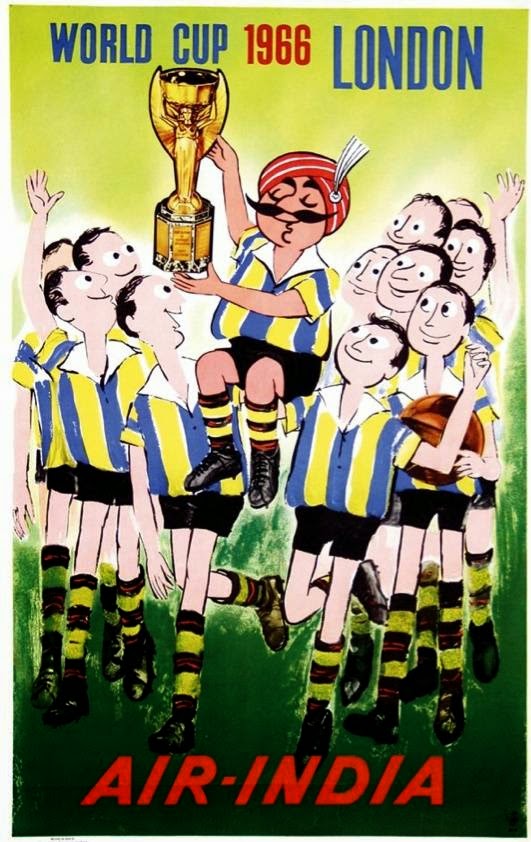 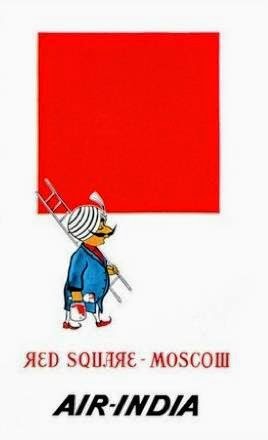 Later, things changed as Air India came under more and more control of Delhi. Gone were days of super efficient air service, its place taken by a loss making organization, that did not care much about passengers. In 2007, it was merged with another Government aviation company; India Airlines, that operated domestic flights. Its Mumbai centric culture also was destroyed, when the headquarters was shifted to Delhi in 2013. None the less, Maharaja stayed with the airline perhaps reminding everyone of the past glory. 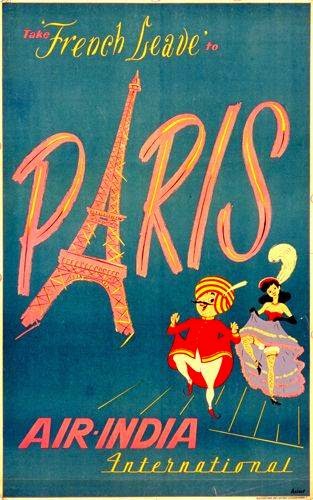 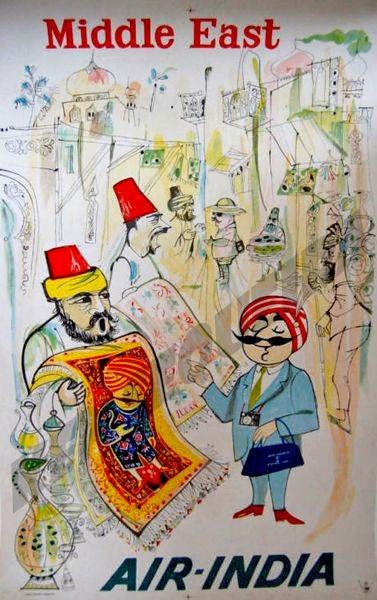 It became clear last year that the Maharaja would have to go, when the newly elected prime minister of India said in his first meeting on June 21, 2014, with aviation ministry heads, that a new figure that identifies more with a “Common man” should replace the Maharaja, who reminded of a feudal past as Air India's mascot.

The news gives me the same feeling I had, when my neighbour's building went under sledge hammer, as Air India's Maharaja is now being replaced with a younger version of the mascot, sans turban, with spiky hair, wearing jeans and sneakers and has a leaner, young, sporty and more dynamic look. Air India would be using 27 different pictures of the new Maharajah to showcase some of the destinations we fly to, including a fighting fit member of the Indian cricket team wowing everyone with his stroke play.

In the words of Alfred Tennyson, “The old order changeth, yielding place to new.” We must therefore welcome the new avatar of the Maharaja, perhaps sans even withou his title itself. Yet in my heart, there would be always a soft corner for the old Maharaja and the glorious airline he once represented.