The next expedition was conducted in 1987-88 by the Department of Archeology and Museums, Government of Maharashtra, in a plot of land with survey No. 142/2, 250 meters away from the northern bank of the river to ascertain the nature of an accidentally exposed brick built tank. The tank, measures 12 X 12 X 3 meters and is built of burnt bricks with mud mortar and has two approaches with steps each at south and east. Inlets to the tank were provided at different levels throughout the height of the tank. The base is paved with bricks. On the northern side, an apsidal structure, facing east, built in bricks was found. Since the village is situated on banks of Terna river, it becomes obvious that this tank must have been used to store excess river water during rainy season and used throughout the year. 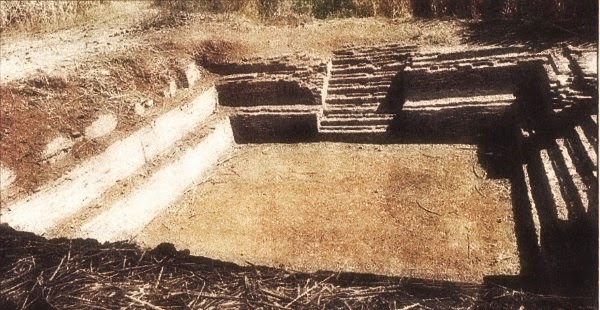 
On the east of the tank, few small oval shaped pits were exposed. The pits were filled with ash and coal. The walls of the pits were burnt red. One of the pits contained two bones having cut-marks and a stone. From the same trench mud pallets and broken figure of Lajjagauri (Goddess of fertility, normally having a female body sans head) were found 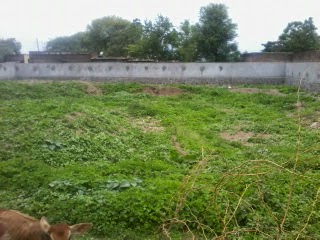 Area where excavations were carried out
Photo courtesy Santosh Dahiwal

“The figurines help to a large extent to assess the cultural advance of the contemporary people. The hair was bifurcated in the middle. Sometimes, it was arranged in a high-fan shape at the back of the head.... This coiffure marks, in particular, those figurines which are nude and have blunt face without distinct features. Another mode consisted of three fillets coming from head down on the back and then turning upwards... Ornaments were used by both men and women... Nude female figures are generally unadorned. This distinctive feature suggests the possibility of the figures representating some cult asssociation....”


On the western side remains of a structure, square in plan, marked with white deposit were exposed. In this structure a small kunda measuring 55 x 55 x 70 cm, containing 70 bases of bowls, with flared mouth, of medium fabric red ware were collected. Remains of brick-lined drainage were also exposed on the western side of the plan. From the plan, 352 bases of bowls with flared mouths
and from the drainage 78 bases were collected. In one of the trenches on the northern side a structure measuring 10-50 x 10-50 m was exposed.


The above description very much reminds me of what excavations at Kondapur had revealed. This is what was found there.

The new excavations done at Kondapur now, have brought to light religious practices of people living in Deccan at the beginning of our Era. The new series of excavations are headed by G. Maheswari, Superintending Archaeologist, Archaeological Survey of India, with a team of about 15 members. Some 45 labourers have been hired to excavate the ancient remains with utmost care. The main discovery at the excavation site includes some brick structures found in the western extreme of the main mound, which yielded authentic evidence of a Vedic or fire worshipping sect. It's a vast complex having a circular shrine facing south with one entrance and surrounded by rectangular chambers and fire altars , three metres in depth, having 37 courses of burnt bricks of different shapes -- triangular and sand clock-shaped, behind the chambers. These supposedly fire altars have yielded significant evidence of fire activities in them along with five numbers of pots stamped with impressions of a trident. Apart from this, the whole temple complex yielded plenty of animal bone pieces, perhaps for sacrificial purposes and related pottery articles such as bowls, sprinklers, spouted vessels and iron implements like spear heads and knives. The kings obviously performed the ‘yagnas’ at these altars and sacrificed animals to propitiate the goddess or seek a male heir. A lime and clay image of a Brahmin, probably the Raja Guru, with a thick sacred thread, embracing the king, along with many silver and gold-plated coins and terracotta seals bearing images closely resembling Roman Emperor Tiberius have also been found. This image shows clearly the status enjoyed by Brahmin priests.


Did the Satavahana period people worship any idols besides Vedic sacrifices at the fire altar? Kondapur excavations provide a clear cut answer. In the vicinity of the circular structure, images of nude women adorned with jewels, which are known as Lajja Gouri (Goddess of fertility) have been found with a few cult objects made of iron. This clearly proves that the goddess of fertility was worshiped here.

I think, the resemblance and similarity between Ter and Kondapur is obvious. There can be no doubt that they ware well connected and people in both places followed common religious practices.A 1959 report by B.N.Chapekar confirms this and I quote;

“Figurines from the two provenances (Ter and Kondapur) bear closet resemblance in technique and style. Possibly a terracotta industry flourished at the two sides which were commercially connected with each other presumably by virtue of their geographical proximity; or the terracottas from the two places were exported to an outside but common market place.” 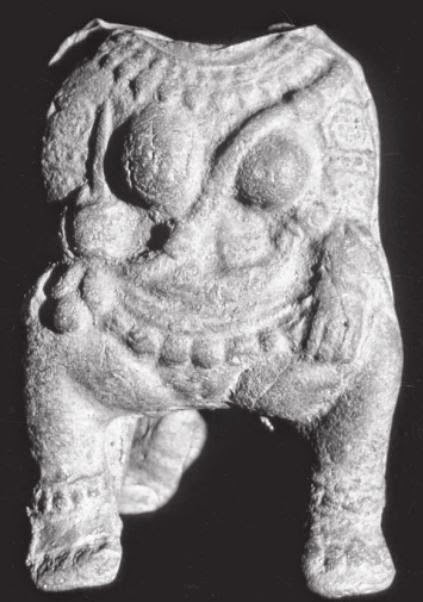 Other antiquities collected at Ter include beads of semi-precious stones, shell bangles, decorated bone, ivory pieces, broken stone sculptures, and ivory comb having depiction of a royal couple attended by female attendants on one side whereas on the other side is the Figure of Lakshmi (Goddess of wealth). Stylistically the carving can be dated to first century AD.

ASI report remarks that this excavation revealed a complex of religious structures of first century AD in which a tirthakunda, an apsidal plan, fire place, offering bowls played an important pan. This was the first time that a secondary burial from early historical level, showing the continuity of the protohistoric tradition has been reported.

In 1986, an inscribed pillar was found while ploughing an area marked as Survey.No. 406/1 and 406/2. Excavation was taken up in the area in 1988-89. The site is located two and half km south-west of village, 1875 m north of the river Terna and 20 m above the river. A structure whose plan could not be ascertained due to its disturbed nature was discovered but it appears to be an apsidal plan. Few ovoid pits were observed possibly, meant for the pillars. A limestone sculpture of a male (34 X 17 X 10 cm in full relief was found. He is showing wearing a dhoti tied with plain square band and adorned with necklace, ear ornaments and a flat headgear. The proper right hand is akimbo while the left touches the crest of the forehead band, apparently decorated with incised diamonds. The figure is provided with a 3 cm high pedestal. The sculpture is somewhat crude. Similar type of representation in kaolin and terracotta, were reported in large numbers from this site. A broken 1.10 m high limestone pillar, rectangular (44 X 34 cm) in section, was found embedded in a trench, decorated with half lotus and one of its sides showed the decorated motifs having criss-cross design. A small rectangular brick structure having single layer of bricks was exposed. The purpose of the structure could not be ascertained.


I have purposely given detailed description of all the excavations conducted at Ter and the finds thereof just to emphasize the fact that it was an important link in the trade with Rome. The State archaeological department runs a local museum at Ter where 23,852 artefacts line up the shelves. The cultural give and take between Ter and Rome is clear from this museum.


Many of the artefacts in the museum have been collected by Ramlingappa Lamture, a grocer who had a passion for the region’s history and tried to collect and preserve artefacts dug up by village children every now and then from their playgrounds. It was with Lamture’s assistance that the archaeological department was able to set up the museum. He not only donated his entire collection but also convinced his fellow villagers to give up priceless ancient coins and artefacts, The museum is named after him. Ramlingappa's grandson, Shri. Revansiddha Lamture, also has a personal collection. 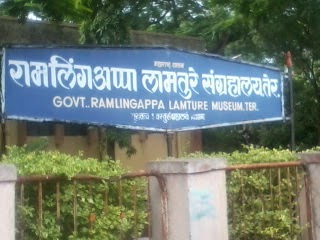 
From the discoveries of the structures and the artefacts found, it is obvious that the town population consisted of proponents of Buddhist as well as Vedic religions, besides Mother Goddess idol worshiping. Some of the figurines found here and at Kondapur, have such striking similarity that it becomes evident that these places were well connected. 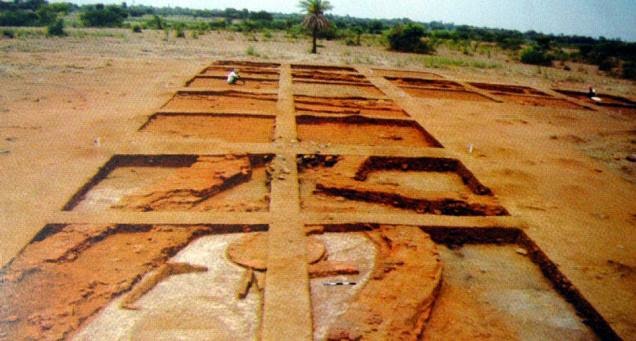 
After span of 40 years, in a welcome step, Directorate of Archeology and Museums, Maharashtra state has decided to restart excavations again at Ter. ASI has granted the archaeological license to them this month (January 2015). They have designated four sites where work will begin soon. Readers must have realised by now that the site at Ter is perhaps one of the most important sites that would enable us better to understand history of the Deccan in the Satavahana period. It is important to protect the site and preserve it for the future generations.