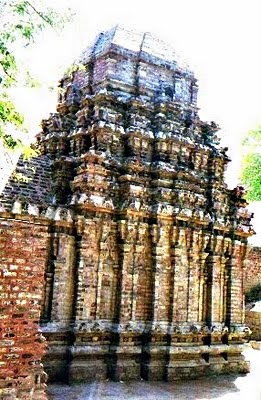 The “Uttareshwara” temple, dedicated to Lord Shiva is in utter ruins today except for the sanctum, housing the Shiva Linga. A lone door frame, that once formed the part of the outer entrance still stands. In 1901, when Cousens visited this temple, it was in a slightly better condition and allowed Cousens to draw a few conclusions. He says;

“The Uttareshwara and an accompanying temple of Kaleshwara ( which now seems to have disappeared) are very old shrines built in moulded or carved brick, the decoration being carried out in the same style as we find it in stone in the old temple of Kailasa at Elora or the oldest temples in Pattadakal. Another sign of great age is the absence of stone in their construction,” he further adds that the temple appears to be showing a somewhat later period than that of Buddhist Chaitya or the Trivikram temple.” 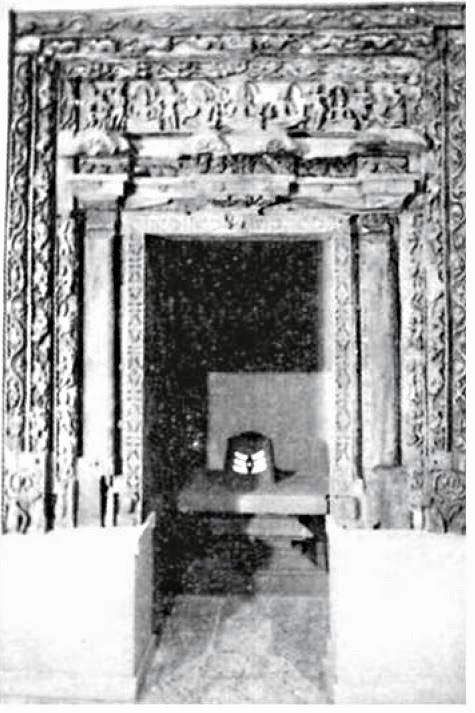 But, it is the lone door frame that is of special interest. On the both sides of the door frame, elaborate creeper designs have been carved on the outer side, Next to it, are the carvings, depicting musicians playing on musical instruments,on the right side of the entrance, whereas on the left we can see devotees at worship. Two pillasters are seen next to the door. Some swan figures decorate the lower part. Over the cornice, there are several carved figures. Cousens has identified these with Brahma, Shiva and some attendants. All these figures are not uncommon or unusual for a Shiva temple, but what is most unusual is the design pattern below this band of figures. Cousens describes this design in these words;

“Beneath this very remarkable band of figures is a deeply projecting quarter round roll cornice, decorated along its front, at intervals with boldly cut little Chaitya Arch ornaments, Four in all. These are cut with with great vigour and depth; ” 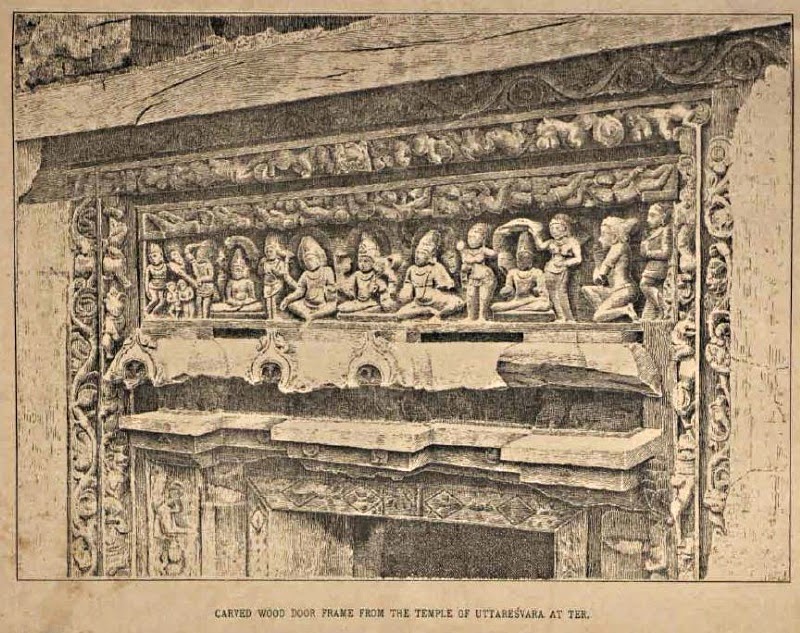 The presence of Chaitya arches in Shiva temple is just unexplainable and makes Cousens wonder; “ Can it possibly have been a late Buddhist temple?

It is no wonder that he was most impressed with Ter and says at the end of his report after visiting several other temples in the area:

“My visit was very short, as I was only able to spare a few days. I certainly went unprepared to find so much within twelve miles of Dharashiva, a place at which a camp was pitched under Dr. Burgess for some days in December 1975.”

The 1957-58 expedition did not find much, no structures were unearthed. Only thing they found was that the site was under occupation between 400 BCE to 400CE. The other antiquities that were found included forty one copper coins, mostly round but of varying sizes, stone querns and millers, iron objects like lamps, arrow- and spear-heads and knife-blades, bone points and beads and bangles of terracotta, shell, glass and stone. Noteworthy was also the discovery of charred grains of rice, wheat and pulses. 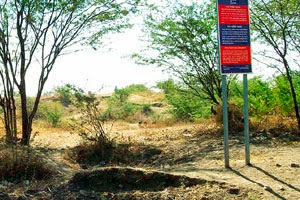 The next or 1966-67 expedition was more rewarding as can be seen by the report of ASI, that says;

“Both vertical and horizontal digging was under taken; the purpose of the latter was to ascertain the mode of living, house-plans, etc. of the Satavahana period. Horizontal excavation revealed the base of a large brick stupa, 26 m. in diameter, and resembling a chakra on plan; it had circular ribs of brick with eight spokes and four ayaka platforms and a pradakshina-patha. The stupa can be dated to the first half of the second century A.D. on the basis of an inscription recording the names of masons and a coin of Pulumavi. Of the same date, an apsidal brick temple with a stupa within and wooden mandapa in front was also discovered. Evidence for its being repaired thrice was also available. The structure could also be dated on the basis of a coin of Pulumavi Son of great king Goutamiputra Satavahana). Other antiquities comprised terracotta and kaolin figurines with typical ornaments and hair-dress, terracotta lamps, bangles, ear-rings, Roman clay bullae, a terracotta
disc representing Sun-god; a lion carved in shell, a Roman glass bottle of the Medit- erranean type and beads of various shapes in carnelian, agate, lapis lazuli and shell.” 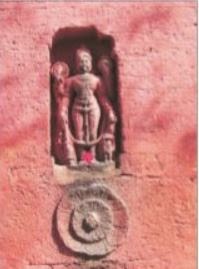 This expedition was continued next year, the report for which says;

“ As a result of this year's work a large stupa with a wheel-shaped plan was exposed. The excavation yielded many non-Indian objects such as carnelian seals, clay bullae (Seal for documents), special types of lamps, etc. As an evidence of the textile trade, a number of vats for dyeing cloth were excavated this year. Another important discovery was that of an apsidal temple built of bricks, located not far from the Trivikrama Temple. The temple enclosed a stupa which was repaired and buttressed, at least on two occasions, with a brick platform. The temple is dated by a coin of Pulumavi. Excavation in front of the temple showed that it had a wide porch supported by wooden pillars”

The next or 1974-75 expedition was taken up with a view: (i) to confirm the cultural sequence of the site; (ii) to assign the date of the kaolin and terracotta figurines; and (iii) to know the nature of pre-Satavahana habitation, if any. Of the several mounds on the site, Mound I, known as Lamture Mound because of the present ownership with 8-9 meter habitational deposit, was selected for excavation. The report says that the entire period of habitation could be divided in three phases datable between 3rd century BCE to third century CE.

In the first phase, fragments of black polished ware discovered indicating the start of habitation. In the second phase a wooden barricade or a rampart constructed out of teak plates joined with teak pins was found to have existed around the habitat. The thirst phase appears to be most prosperous one. The report says about this phase;

“ all the typical kaolin and terracotta figurines, beads and pieces of worked ivories as also black-and-red ware came from this phase, along with coins of Satakarni and subsequent kings of the Satavahana dynasty. The prosperity was further reflected in the find of red polished ware, amphorae and scores of terracotta bullae. The structures of this period were constructed of baked bricks with floors of hydraulic lime-mortar, tiled roofs and attached soakage wells of terracotta rings.”

The study also confirmed that this particular habitation seems to have had come to an end around third century CE. Report says further that no finds of period subsequent to this were encountered in the trenches of mound I.

(To be continued in part IV)