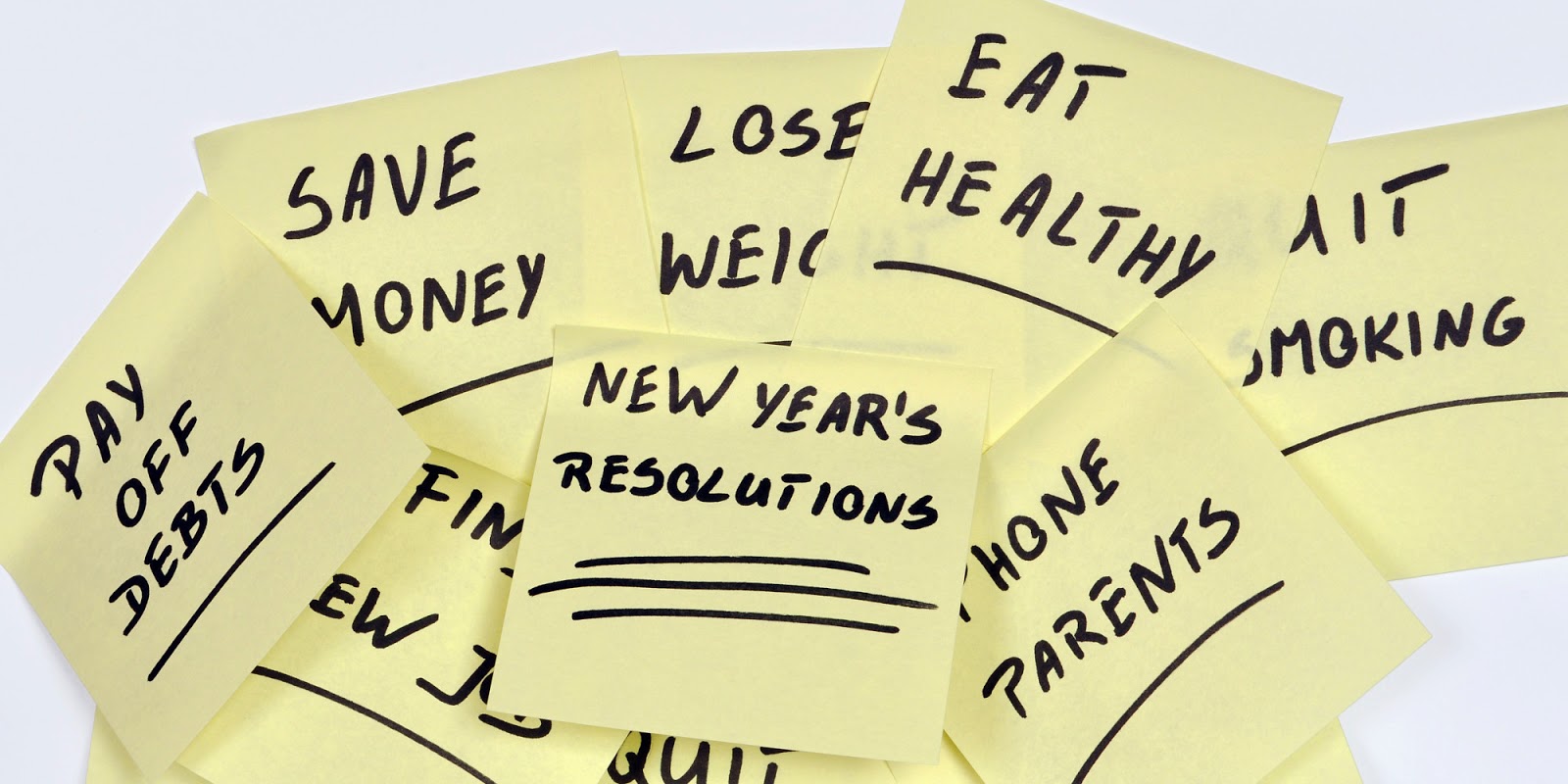 I am reminded of one little incident from my school days, when I must have been studying in sixth or seventh grade that year. During last week of December, our class teacher had asked all the boys (ours was 'only for boys' school) in the class to make New Year Resolutions to improve our lifestyles as students and to become responsible members of our respective families. He had said that he would expect all the boys to read out their new year resolutions on the first day of the new year.

On the appointed day, the class teacher asked all of us to read our resolutions one after another. We all listened in rapt attention as all my classmates came up with grandiose plans to improve their lives. Almost everyone had planned to study regularly- some even for 4 to 6 hours each day. Almost everyone planned to restrict time spent playing on playgrounds or in the house yard. Everyone planned to eat only healthy food and avoid sweets and oily stuff. Without fail, everyone wanted to adopt a neat and clean way of behaviour.

On behavioural side, everyone promised to be more obedient and planned to follow the school discipline. No scuffles in the class or on play ground. No paper arrows in the class. (we used to have competitions to make paper arrows from pages torn from our exercise books and make them hit the ceiling. The boy whose arrow would stick to the ceiling for maximum interval of time would be the winner.) Some said that they would regularly take bath. Most wanted to take up some hobby or other. Postage stamp collection was a favourite. There were some odd resolutions too. One boy wanted to read as many books as possible. Another wanted to fly a kite everyday and another one wanted to learn by heart, religious scriptures like “Bhavadgita” or poetry like “RamaRaksha.”

After all the boys had spoken, our class teacher summarised. He said that he was very happy to learn, what everyone wanted to do. He was candid enough to admit that he does not expect even 99% of the resolutions to be followed in the coming year. The main idea behind this project was to make us think about what we think was wrong with our lives and whether we would be honest enough to admit that we need to improve. To that extent the objective of the project has been achieved. This little lesson, learnt from our class teacher's project during my school days, had impacted me deeply about making new year resolutions. I have since then (definitely for more than 65 years) never ever made a single new year resolution on any new year's day.

People make all kinds of new year resolutions. Some decide to give up smoking, drinking. Some want to start an exercise regime seriously. Some resolutely decide to diet and reduce their bulge and the weight. Some decide to start playing tennis or to go for a jog. Most of these resolutions turn into nine day wonders and are given up within days if not in weeks. If this is the case, does making new year resolutions has any relevance at all? I think that it has some relevance and importance too.

Contrary to our belief, the fundamental nature of time is cyclic. We might think of time as something that starts with one's birth and ends with his death. But that is in reality only an illusion, because of the memories stored in our brain. The time begins each year at some point solely determined by the relative positions of earth and sun and ends 365 days later, when another year begins. All natural phenomenon like rains, weather, flowering of trees, connected with our lives, go through this one year cycle. This means that at the beginning of every year ( the starting point can differ as decided by religions or by nations, which have no real meaning here) we actually begin life afresh. Once this basic concept is understood, it would be easy to figure out, why we want to make new year resolutions, which might be done on 1st January or on “Gudhi Padwa”- the new year day as per Hindu calender or on first day of Chinese new year.

Once we accept that life begins afresh after every 365 days, the popular concept of making new year resolution makes some sense. Because we are starting something afresh we do retrospection and try to find out what needs improvements in our daily life style and decide to make corrections. Unfortunately our minds are very quickly tempted by little pleasures of life and we tend to fall for these comforts and quietly give a burial to ideas of following more stricter regimes, which may be actually be more beneficial to us in the long turn but physically stressful. Besides, deciding to do something uncomfortable in future, but starting it after a few more days, is definitely more soothing than doing it immediately, as our immediate comfort is not disturbed

I have always believed that a new year day is only a marker to mark the end/beginning of a cyclical round of time. Thinking of doing something good on only this one particular day in an entire year appears to me as not a particularly bright idea. I would rather do the introspection as a continuous day to day process and would rather come up with resolutions immediately, on any day of the year and start it implementing. Suppose that due to some indulgence on my part, I have gained few kilos of weight, I would take corrective action the day I realise that things are going out of hand and would not wait for the new year to begin. If I want to start playing Tennis, I would start it immediately and not wait for new year to begin.

My advice for everyone is not to wait for the new year day but rather start, whatever you want to do immediately on next day itself.