New discovery of Buddhist sculptures near Taxila in Pakistan 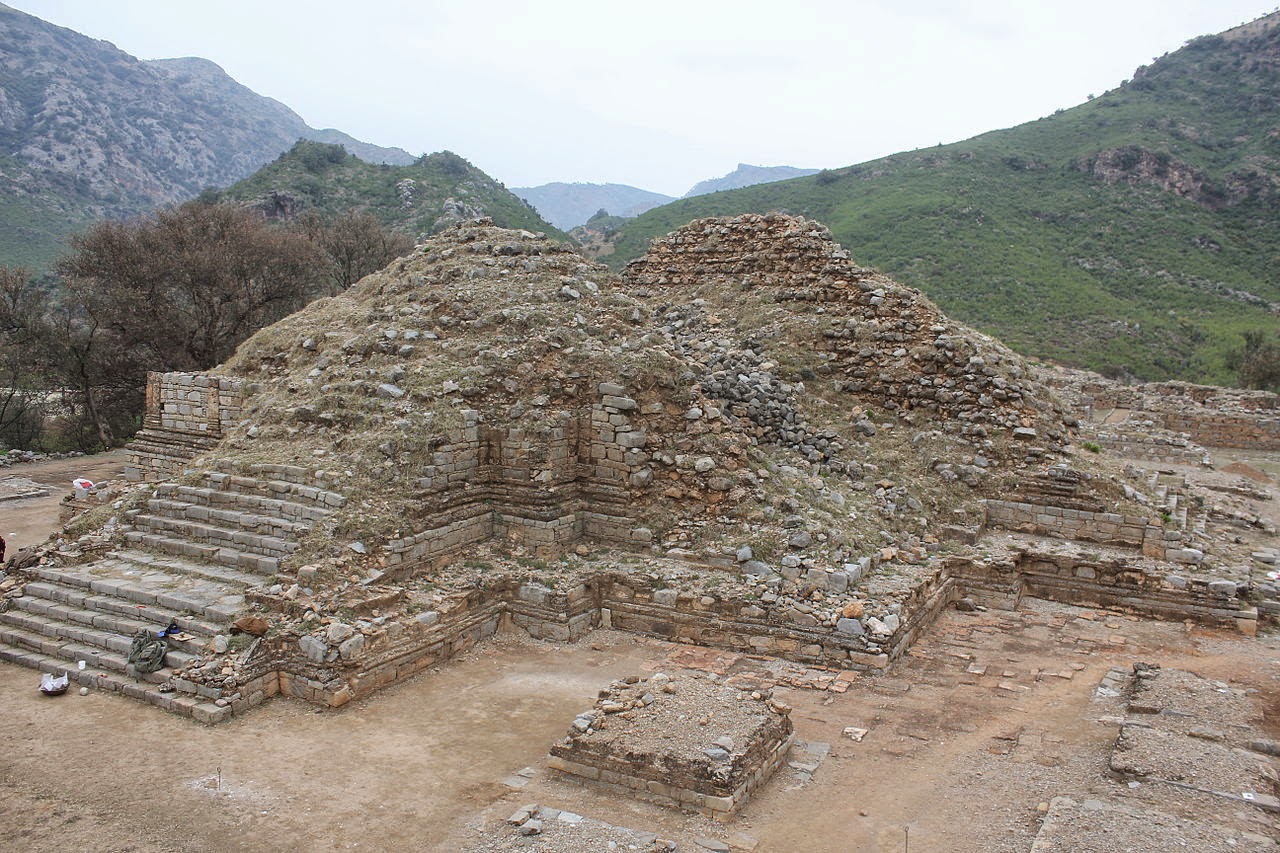 Most of us must have read about “Taxila (Original Sanskrit name Takshasheela),” as one of the two great universities of ancient India. Wikipedia describes it as;

“Takshashila became a noted centre of learning including the religious teachings of Hinduism at least several centuries BCE, and continued to attract students from around the old world until the destruction of the city in the 5th century. At its height, it has been suggested that Takshashila exerted a sort of "intellectual suzerainty" over other centres of learning in India.and its primary concern was not with elementary, but higher education.Generally, a student entered Takshashila at the age of sixteen. The Vedas, the ancient and the most revered Hindu scriptures, and the Eighteen Silpas or Arts, which included skills such as archery, hunting, and elephant lore, were taught, in addition to its law school, medical school, and school of military science. Students came to Takshashila from far-off places such as Kashi, Kosala and Magadha, in spite of the long and arduous journey they had to undergo, on account of the excellence of the learned teachers there, all recognized as authorities on their respective subjects.”

However it appears that Takshasheela was never a university in the modern sense, where the teachers have official membership of particular colleges. There were no purpose-built lecture halls and residential quarters. The university had the Gurukul system, where the students stayed with the teachers. The contemporary Nalanda university on the other hand was more like today's universities.

Over the centuries, as Taxila expanded as a city also, number of religious institutions grew around it. Buddhism being the predominant religion of those times, all these institutions were essentially Buddhist monasteries. A few examples can be listed as Jaulian, Mohra Moradu and Dharmarajika. There were others in the same area, that are lesser known. Of these, surely the most enchanting and the least known or visited is the Bhamala monastery.

Salman Rashid is a Pakistani writer and a fellow of Royal Geographical society. He is also an explorer and writes mostly about his explorations, history and travel. He describes Bhamala monastery in his blog in these words and I quote:

“ Situated on an elongated hill above the right bank of the Haro River where the valley is only a couple of hundred metres wide, Bhamala is as secluded as it can get. On three sides the hills loom high, only to the southwest is the view open where the narrow valley looks into what was once a large depression containing a few villages but now lies submerged under the placid blue waters of Khanpur Dam.”

“ If it has a unique setting among the other Taxilan monasteries, Bhamala also has one distinctive feature of archaeological interest: its main stupa is built upon a cruciform base as opposed to the circular stupas in the other monasteries. Long before John Marshall struck the first spade to uncover its secrets in 1931, this stupa had already been dug into and somewhat damaged by treasure hunters. A reminder of that act of vandalism is the cleft running clear across the body of the structure.

The area immediately around the stupa base is paved with terra-cotta tiles which is another one of its unique features. Arrayed around the main stupa and just outside this paved area is a number of smaller votive stupas. To the east, the monastery itself sits behind its high wall with a gate facing the main stupa. Like the other monasteries, the monks’ rooms run around the wall that forms the perimeter and look inward to the courtyard. The standard feature of the central water tank is missing here, perhaps because of the nearness to the Haro just below the hill.” 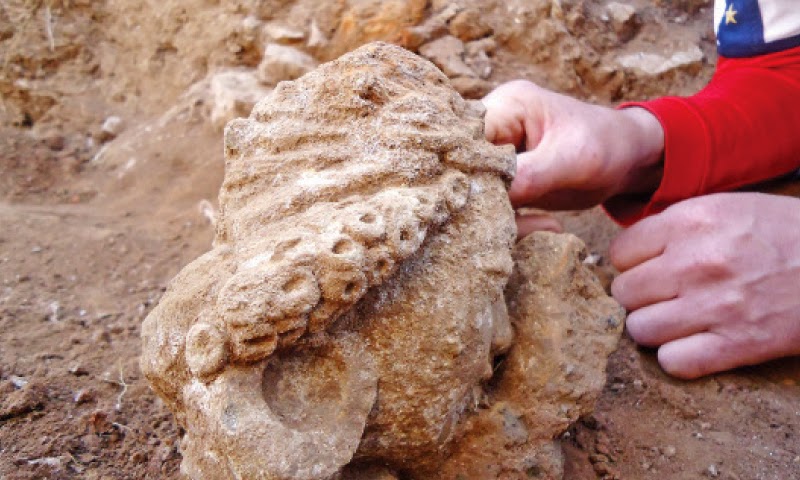 Taxila and along with it the Buddhist monasteries around, met their end in the early years of the 6th century, when the Indian subcontinent was invaded by the savage Central Asiatic Huns led by Mehr Gul (Known as Mihirakula in Sanskrit literature). “ Rajatararangini,” a famous book written in 1160 as a chronicle of kings of Kashmir says that this barbarian was a killer of thirty million people. He had no pity either for women or children or the elderly and that his progress across the country was marked by a dark cloud of crows and vultures keen to feed on the corpses the savages left behind. 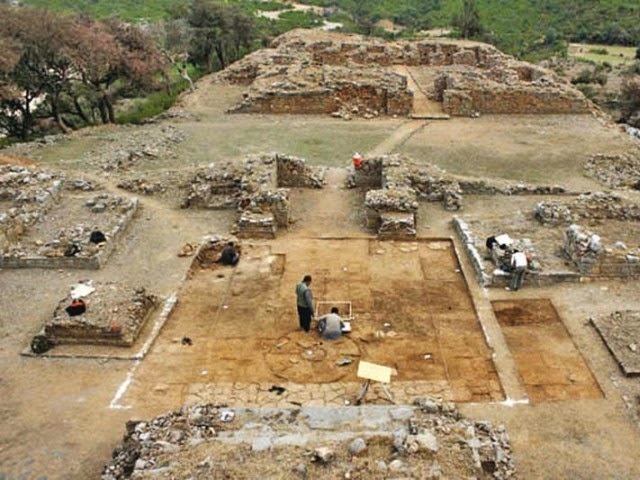 The area was excavated during 1863-64 by Sir Alexander Cunningham, the father of Indian archaeology, in 1863–64 and in 1872–73, along with other sites around Taxila. This work was continued by Sir John Hubert Marshall, who over a 20-year period, completely exposed the ancient site and its monuments. John Marshall found that the main Stupa was already robbed of the relics and was cut in half, when he excavated it. The monastic establishment located to the east of the main Stupa is considered as the main monastery of the site and was partially excavated by Marshall. Archaeological society of India's annual report for years 1930-34 gives a detailed report on findings at Bhamala. This report also mentions about a stucco relief panel of special interest, because it is the only stucco relief from the North-West which depicts the Buddha's death-scene. This panel is believed to be preserved in the Taxila museum. The report also mentions that besides the deposits of coins and other small objects obtained from the stupas, some 30 pieces of stucco sculpture, chiefly detached heads of statues, were recovered from the Stupa Court, and a number of coins and a few other antiquities from the monastery area. The report however mentions that most of the artifacts found were from 4th or 5th century. 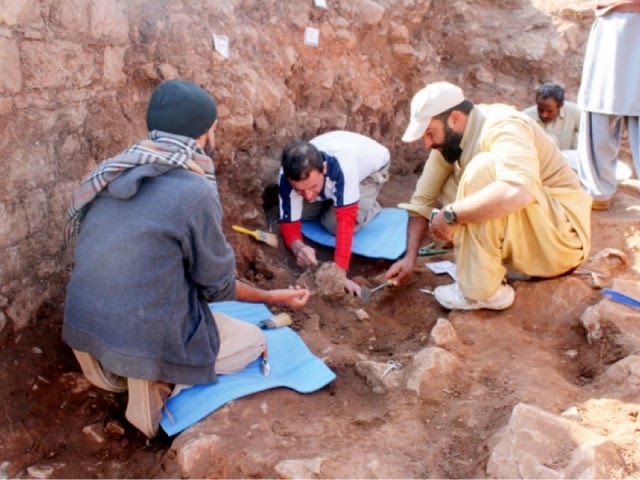 Presently, fresh excavations are being carried out at Bhamala ruins by archaeologists from the the Hazara University, Mansehra in Pakistan. This week it was reported that archaeologists have discovered new Buddhist sculptures and heads during the latest excavation. Pakistan's Khyber Pakhtunkhwa province-archaeology and museum director- Abdul Samad says that these newly found sculptures and heads, date back to second to fifth century BC. 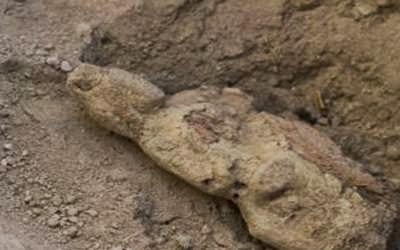 This finding is obviously of great significance, because it would mean that the Bhamala monastery was in existence even during regimes of Alexander the great, Chandragupta Maurya and Emperor Ashoka and continued for next 700 or 800 years till it was burnt down in early sixth century by Hun invaders.