Lost and Found on Mars 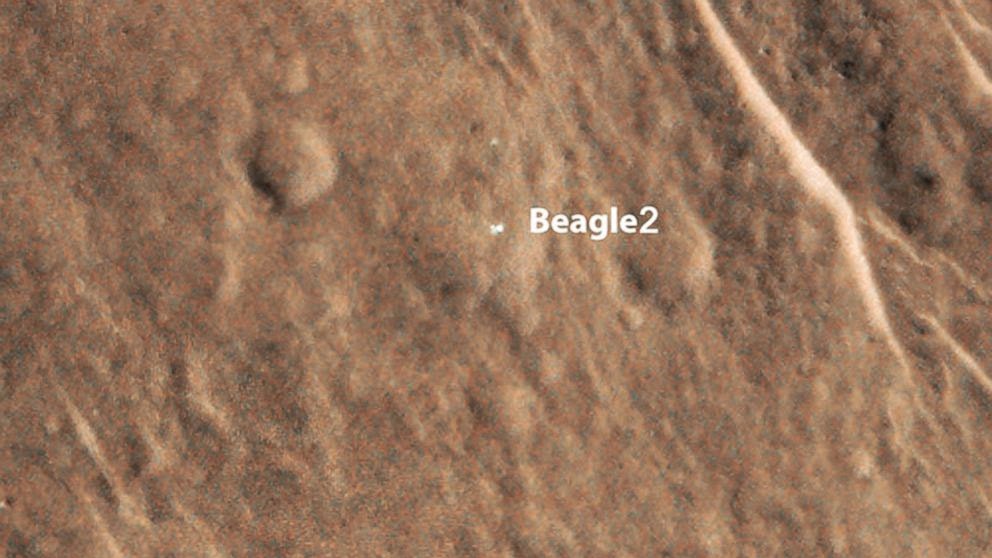 European Space Agency (ESA) had launched a spacecraft named as “Mars Express.” on June 2, 2003, from Baikonur Cosmodrome in Kazakhstan, using a Soyuz-FG/Fregat rocket. The spacecraft was named as “express” considering the speed and efficiency with which the spacecraft was designed and built and also because it was expected to have the shortest interplanetary voyage, since Earth and Mars were closest to each other that year; an event that happens only once in about 60,000 years.

The Mars express spacecraft consisted of two parts; an orbiter and a lander module named as Beagle 2. After its successful launch and interplanetary travel, Mars express arrived at Martian space in December 2003, after an eventful journey, because of problems associated with star Tracker and power wiring on the spacecraft, which needed extra maneuvers. It was also hit on the 28th of October 2014 by one one of the largest solar flares ever recorded.

Mars express released the Beagle 2 lander on December 19 at 8:31 UTC for landing on Martian ground on a ballistic path. It entered Mars' atmosphere on the morning of December 25 with expectation that it would land on the surface few hours later. But that was the last time when mission control heard anything from the lander. After repeated attempts to contact the lander failed, using the Mars Express craft and also the NASA Mars orbiter circling the red planet, it was declared lost on February 6, 2004, by the mission control. 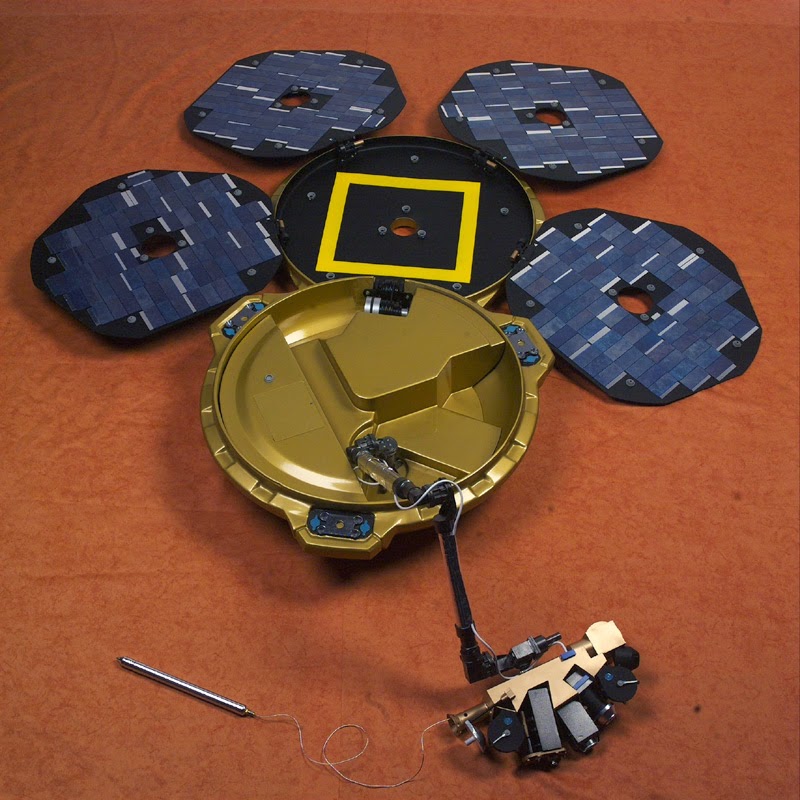 Beagle 2, sized about 2 meters across and weighing 33.2 Kg, was built by a consortium of British Universities. It had number of payload instruments on board incuding a pair of stereo cameras, a microscope, a Mössbauer spectrometer, an X-ray spectrometer, a drill for collecting rock samples and a spot lamp. Rock samples were to be passed by a robotic arm provided on board into a mass spectrometer and gas chromatograph fixed in the body of the lander. It also had a Gas Analysis Package, to measure the relative proportions of different isotopes of carbon and methane. The lander was in the shape of a shallow bowl with a diameter of 1m and a depth of 0.25 m. Solar panels extended outside like flower petals from this central bowl taking the overall size to about 3 meters. Beagle 2 was supposed to report back from the Mars' surface using on board instruments designed to help search for signs of life.

11 years after Beagle 2 went missing, high-resolution cameras on board of NASA’s Mars Reconnaissance Orbiter, have captured images showing Beagle2, having landed safely on surface of Mars. On 16th January 2015, David Parker, chief executive of the UK Space Agency told a packed news conference at London's Royal Society scientific institution that the tiny Mars lander has been found on the surface of the red planet. He said;

"Beagle 2 is no longer lost, scientists now had "good evidence" that the spacecraft successfully landed on Mars on the date it was due -- December 25, 2003 -- but had only partially deployed its solar panels. This shows that the entry, descent and landing sequence for Beagle 2 worked and the lander did successfully touch down on Mars.” 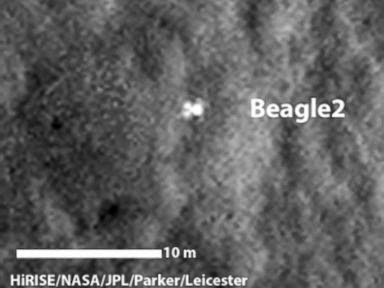 It appears that only two of the four petals were deployed. British scientists say that they were left with a mystery, a mystery that had continued to this day. It was a failure but a heroic failure.