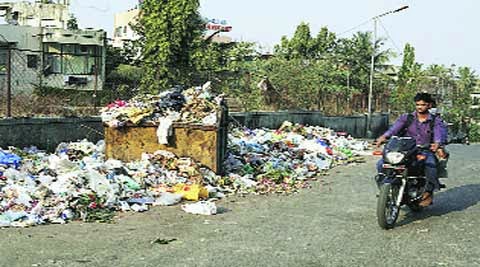 At the beginning of my professional career, I used to work for a giant Indian conglomerate. Those days, we did not have desk top computers and mobile phones and therefore obviously no e-mails. All inter office communications were made using pink coloured sheets of paper called memos. Many a times, I would receive memos describing some problems for which I was no way connected or concerned, yet would be asked to initiate some action. I would be in a quandary about what action I should take. I once explained this memo problem to a senior of mine and solicited his advice. He thought for a second and told me, “Sit on the memo and do nothing; the problem will disappear on its own.” I followed his advice and bingo! My memo worries were gone for ever.

It appears to me that everyone concerned with my home city Pune's garbage clearance system, seems to be following this old advice and is preferring to sit on the problem instead of trying to solve it. Unfortunately, unlike my corporate experience, the garbage problem, instead of disappearing, is transforming itself into a Godzila, ready to destroy the city's healthcare.

Before independence and even after that, Pune was a sleepy little town known as pensioner's paradise, with a population of around hundred thousand. The city garbage was collected in garbage bins and then transported to outside city limits and dumped. The arrangement was quite satisfactory till 1962, when a major disaster struck Pune in form of a flood caused by busting of a dam at Panshet. As Pune recovered, it also started growing and spreading in all directions. As new industries came in, population started growing by leaps and bounds. The city corporation started dumping garbage in an open area in a nearby village of Kothrud, near a hillock, well out of city areas on western side, since 1965. A garbage reprocessing plant was started here later.

As the city population grew, the new housing projects started coming up in once nearby village of Kothrud also, in the vicinity of Garbage depot. The people who moved in the housing there started complaining about the health hazards and foul smell, generated by the garbage depot. In 1981, the State government allotted 43 acres of land in verdant Uruli Devachi and provisioned another 120 acres of land in Phursungi village in 2003 to meet the waste-disposal demands of Pune’s indiscriminate urbanisation. In 1999, the Kothrud depot was closed down and was shifted to the two villages progressively on the eastern side of the city, Uruli Devachi and Phursungi. 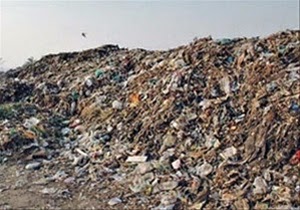 Since last two or three decades, garbage problem has bifurcated and blown into two separate sub problems. First sub problem is the sorting of the Garbage and second is its disposal. In the earlier days the city garbage would consist of mainly wet garbage and some waste paper; all organic and biodegradable waste. There was no plastic waste and no one threw metal scrap in garbage, as it would fetch some value when sold to scrap dealers. Now-a-days, the city garbage consists of wet garbage, plastics and metal scrap such as cans used for drinks, which are non bio degradable. This requires the garbage to be sorted out before it is disposed off. 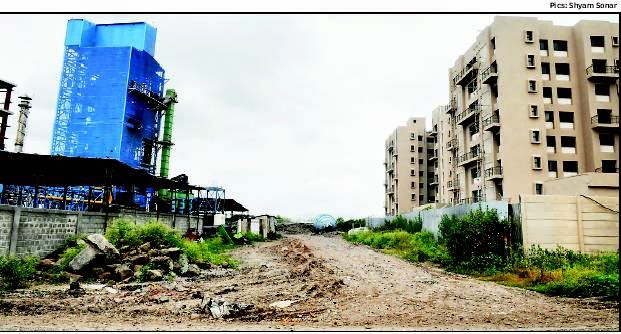 Rochem plant with residential buildings across the road

The city Government, looking at large-scale industrial solution to the waste disposal issue, commissioned two waste to energy plants. One operated by Hanger- Biotech to process 1000 tons of mixed waste a day. The second plant by Rochem Separation Systems (India) Private Ltd, commissioned at a cost of about Rs 1.1 Billion for 700 tonnes of garbage. These plants however cannot take any wet waste, nor can they take objects like broken ceramics junk. They can burn tyres, mattresses, shoes, etc. These plants require further sorting of garbage, before it could be used to generate energy. 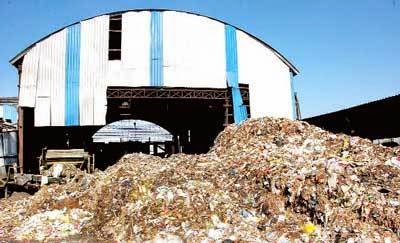 In a separate development, city authorities installed two vermicompost plants at Ramtekdi and Hadapsar and 16 bio-gas plants spread across the city. These plants obviously require only wet garbage, which means sorting of garbage becomes important and even more crucial.

To find a solution to the sorting of Garbage problem, city Government authorised an organisation promoted by the waste pickers’ union in Pune known by name of SwaCH. They are supposed to provide door-to-door waste collection (DTDC) and other allied waste management services. The scope of SWaCH includes collection, resource recovery, trade and waste processing. SWaCH seeks to provide decent livelihoods in the recycling industry. Through its 2300 members, SWaCH services over 4,00,000 households across 15 municipal administrative wards. SWaCH members collect segregated (dry and wet) waste, right from citizens’ doorsteps and deposit it at the designated garbage collection points. The wet waste is either processed in the housing complex or is given to the pick-up truck. The dry waste is further sorted into several categories and recycled.

The authorities have now purchased a machine that will make lives of SwaaCH people easier. The Vibro Screening Machine should ensure that ragpickers don’t have to get their hands dirty at the garbage dumps as Swaach workers won’t have to rummage through garbage. The machine, comprises of a scrubber, inclined conveyer belt and control panels. It is designed for the segregation of waste under different headers such as plastics, glass, rubber, etc. It can be used for crushing biodegradable garbage and dumping it into vermicompost bins. 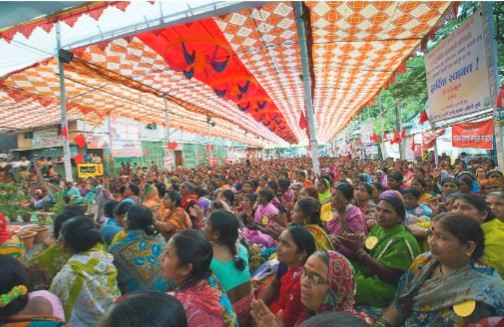 However there is a limit to which SwaaCH can operate and City authorities have been rightly insisting that citizens should segregate the wet garbage and dry garbage at their end. This drive has met only limited success as according to an estimate, out of total garbage of 1,700 tonnes, only around 950 tonnes are ostensibly segregated. Because of this problem the two plants set up by Hanjer Biotech at Uruli Devachi with a waste-treating capacity of 1,000 tonne, are barely able to process only 200 tonne of waste. The Rochem Separation Systems plant also is not able to work with full capacity as there are no buyers for the generated electrical power.. In a queer situation that smells of high corruption, City authorities have allowed residential buildings to come up within 50 feet from the garbage processing plant. The Maharashtra state electricity board does not allow the plant to generate electricity, because it is situated too close to residential buildings.

As city authorities grapple with sorting problems, even larger problem is shaping up as hapless villagers of Uruli and Phursungi, 16 km from the city, are agitating and want to stop dumping of waste in their villages because of health issues. They have decided to bar any garbage truck from dumping on their land as trash is getting piled up in the city. The villagers have been agitating over last several years but neither the elected representatives nor the authorities have bothered to sort out the problems.

The city is now facing unprecedented garbage crisis for which people( for non sorting of the garbage) and authorities both are equally responsible. The only silver lining on the dark clouds is provided by SwaCH, who are doing, what they were asked to do. Pune city's garbage collection and disposal system is tottering, wobbling and would have totally collapsed but for these people who are doing city's unimaginably dirty work.

The city has just won some respite, because of intervention of the chief minister of Maharashtra state. But unless the city authorities come out with some concrete plan to recycle the garbage and stop open dumping, the crisis would be back in full force soon.