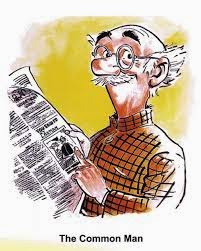 During last few years of 1960's decade, I was living at Andheri, a suburb of Mumbai. It was part of my routine to catch 7:52 AM fast local train to Churchgate to be in my office located at the Nariman point in south Mumbai. The trains used to be absolutely packed at that peak hour and to find a good standing place, was all one could hope for. Every day, after I found a place to stand in the crowded compartment, I would start looking for a person, who by chance would be reading Times of India. There would be always a few of them nearby. The next thing would be to see if anyone is reading the front page. When I would find such a person, next operation would be to move to a place nearer to him so as to take a glance at the paper. I would not be interested in any news item or anything. All I wanted to see was a small square on top right, where a small cartoon, would appear every day under a caption; "You Said It " with a brand signature in a corner that read as "R.K.Laxman." Later, I found out that he was the younger brother of illustrious writer R.K. Narayan. 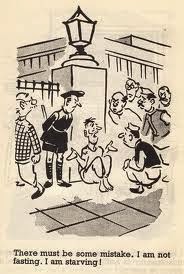 Every day, this little cartoon, figuring the cartoon of a typical, middle class man wearing a checkered jacket and a dhoti,thick eye-brows and a bald top yet hair around his ears standing erect like wings, told me something new about our humdrum lives, our pains and above all the idiosyncrasies of us and that of our leaders. In most of the cartoons the common man would be mute witness standing in a corner to things like garbage on streets, drought in villages, arrival of foreign delegations. Often added to the scene was a leader making some statement. His one cartoon would express, perhaps what a thousand cryptic words could not. So powerful were his pictorial caricatures that I identified people like Indira or Rajiv Gandhi, Moraraji Desai more with their caricatures than actual. 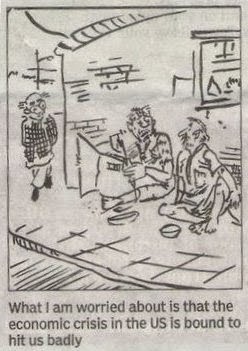 R.K. Laxman realised the power of his cartoons, but he never misused it. His cartoons always remembered what they were. Funny yet sarcastic. In his autobiography he says:

"In the course of time I was surprised to discover that my readers looked upon me not merely as a cartoonist who tickled their sense of humour, but as a profound thinker, a social reformer, a political scientist, a critic of errant politicians and so on. I received letters complaining about postal delays, telephones, the sloppiness of municipal authorities, inflated electric bills, bribes in school admissions.”

How true! This was exactly how, all of us felt it. 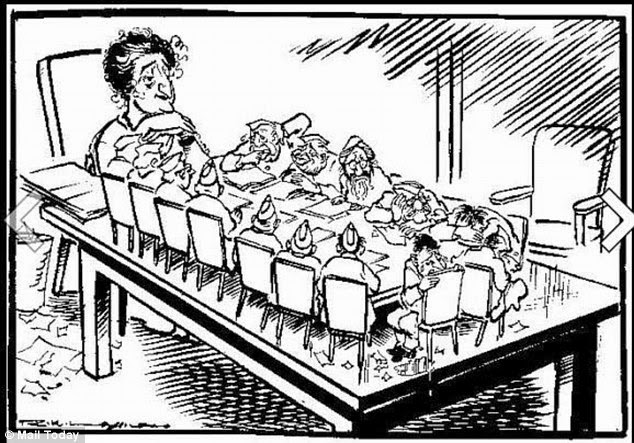 R.K.Laxman died yesterday at a ripe age of 94. For lay people like me, his cartoons were much more than something you casually laugh at. They were expressions of our combined anger against all irritants that we faced in our lives. 
Thank you R.K. You made our lives a little bit easier. May your soul rest in peace.