A kick in the butt 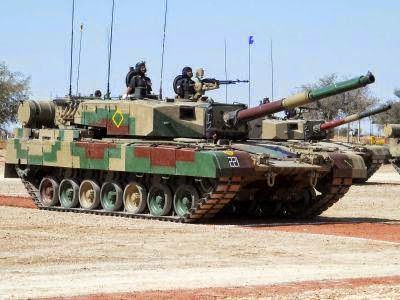 After I completed my graduation year in Engineering, I did a short training stint in an organization that was called as “Electronics and Radar Developement Establishment (LRDE). This organization was under the umbrella of “Defence Research and Development Organization,” a behemoth that has today under it, 52 laboratories, five defence PSUs, four shipyards and 39 ordnance factories. 7800 scientists work with DRDO at present. I was quite thrilled at having received an opportunity to work in such an organization ( albeit for few weeks only.)

My first few days went through appreciating the laboratory, its equipments, projects in hand and in general friendly atmosphere. However after spending a couple of weeks, my enthusiasm turned into disapointment for having selected this place for my training. It became obvious to me that I had no chance of learning anything there, that might help me in my future, because either very little actual work was being done in the organization or I was purposely kept away from it. The junior engineering staff did few things but there was no proper guidance from the managers, who spent most of the time in meetings, where only God knows what they discussed. Perhaps they discussed about budgets, new equipment purchases, additional staff requirement (for what purpose?) and getting themselves delegated to some or other conferences or seminars.

Later, when I was in charge of a section in an R&D organization in one of India's private sector conglomerates, I had another chance to rub shoulders with an ex-DRDO engineer. He was sent to me to by the management to augment our section. I was naturally quite happy with that. The new engineer came from a DRDO laboratory, where he held a senior position. However I soon realised that the gentleman ( he was an extremely nice person), had very little knowledge of electronics circuit design that was our bread and butter. He survived in our section for about an year and went back to his laboratory cursing the ever demanding private sector.

I agree that these two short exposure experiences at a very low level of the management, may not mean much. But, perhaps they are indicative of the deeper malignancy that is making this Government owned behemoth a colossal waste of missed opportunities, money, manpower and a drain on the exchequer.

Let us have a look at things in which DRDO is involved today. DRDO has 530 on-going R&D projects worth Rs 48 Billions with 136 of them in mission mode. It makes everything from mosquito repellents to Nuclear missiles. Current production order for systems developed by DRDO are worth Rupees 169 Billion. DRDO's annual budget is Rupees 15 Billion.

The major problem with DRDO is that none of its projects or programmes run on schedules. The most important ten major projects run by DRDO are all delayed due to some reason or other. These projects include the LCA Tejas aircraft, Naval Light Combat Aircraft, Aero Engine Kaveri, Airborne Early Warning and Control Aircraft and Long Range Surface-to-Air Missile besides several key missile programmes. There is a general apprehension that the projects are delayed because of paucity of funds is not exactly true.

Just compare DRDO with ISRO, another Government owned giant, which has an annual budget of Rupees 6.8 Billions and around 20 facilities all over country. ISRO has come out with gem after gem like Lunar Orbiter, Mars orbiter, more than 100 rocket launchings and scores of satellites including an Indian GPS system. It has recently tested a 4 tonne capability rocket.

It is a million dollar question that when ISRO can achieve such glorious successes, why not DRDO? The main problem according to me, is the basic relaxed work culture of DRDO. They set up targets but do not fire people or take action against them, if these are not met. They function more like a Government office and not like a cutting edge R&D organization working for specific goals to be completed on schedule.

Look at the fate of some of the major DRDO projects. The project to develop and manufacture main battle tank for Army named as “ Arjun” was launched in 1974. Army has been dissatisfied and unhappy with its performance. After great pressure from Government, it has reluctantly inducted 124 tanks. Army desires to have a better version called as Mark II with 89 upgrades. This is still being tested.

The light combat aircraft “Tejas” was sanctioned in 1983 at cost of Rs. 5.6 Billion. The revised development cost has now become Rs. 17.27 Billion. Final operational clearence still not received, Improved Mark II version under development, to be available in 2021-22. Each aircraft will cost Rs. 2.2 Billion.

It has almost become a general rule that all DRDO projects suffer from huge costs and time overruns. This has effected and hurt India's defence procurement policy so badly that the country still has to import over 65% of its military requirements from abroad.

Government has been trying to improve working of DRDO for quite some time. A committee was appointed in 2008 known as Rama Rao Committee (RRC), who made certain recommendations, but Government did not take any steps. It is a writing on the wall that a drastic overhaul is needed to boost the sluggish performance of DRDO, as the country cannot keep importing its defence stores permanently and remain strategically-vulnerable.

The first signs of new Government's unhappiness came, when prime minister warned DRDO in his speech during DRDO Awards 2013 function in New Delhi, in August 2014. He had said and I quote:

“ India does not lack the requisite scientific talent and capability but this "chalta hai" attitude (lackadaisical) has put paid to all endeavours. The world will not wait for us. We have to run ahead of time. We should not say in 2014 that a project conceived in 1992 will take some more time. With defence technology evolving at a rapid rate around the globe, India cannot afford to conceptualize systems that are two steps behind what will soon hit the market. ” The prime minister also suggested that at least five of its labs should be headed by scientists under the age of 35.

However even after 5 months since that warning, DRDO gave no signs of awakening to the new realities as no young scientist was appointed as a lab head and eight or nine of the top 14 top scientists were already on extension past retirement. It was clear that they needed a slap or even better, a kick in the butt. That much needed treatment came this week, when the Government unceremoniously sacked DRDO chief Avinash Chander. In fact, so stern and shocking was the dismissal that the chief came to know about it when media informed him that he had been dismissed with effect from January 31.

The whole DRDO fraternity, enjoying quiet slumber under bureaucratic shield and secretness is shocked to the core and there are raised eyebrows and mild murmurs. There is no doubt that a shock treatment was required to move them from deep slumber of contentedness. It is hoped that this shock treatment would have some effect on this behemoth.