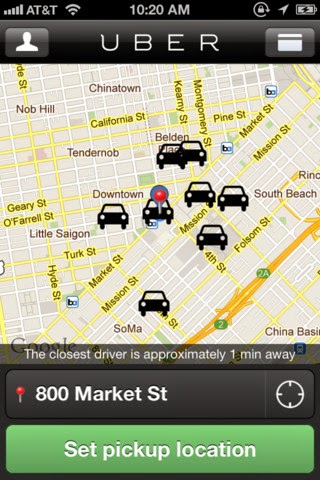 I came across recently a heart touching article written by a lady resident of Delhi, on her feelings after learning about the horrendous crime carried out by a driver of the “on line taxi service” Uber in Delhi. The lady, founder of a NGO that works for ending acid attacks on women says that this taxi-driver- criminal not only has raped the unfortunate lady traveller but has also managed to steal something precious from all women of Delhi- their new found freedom; freedom of movement that Uber and similar on line taxi services had brought to them. She is right when she says that from now on, no women in Delhi is ever going to feel safe using an on-line taxi service, which they thought was a very safe and trustworthy service on which they could always depend at any time of the day and night. Their trust of Uber and its peers is totally smashed and gone forever.

Man is a social animal, who prefers to live in societies. One of the reasons for that is that we all feel safer in company of other humans, who give us support of all kinds. Eventually, we start depending upon support from other people and call it as trust. All our relationships- both bloodline or others- depend upon trust, starting right from childhood. Babies depend on their mothers because they trust that she would provide food and security to them. As we grow, we start trusting others; friends, teachers, relations and later in life, our spouses. In old age, we trust our children, neighbours and friends. Along with this, we also need to have trust in public utilities, services like banking, transportation and also persons or companies that furnish to our daily requirements of food and all such other items. This package of trust keeps growing and getting inflated as we move on with our life.

Unfortunately, this trust also brings along with comfort, some limitations on our behaviour in a society. When a child trusts that his parents will bail him out of any awkward situation, he is also aware of the fact that he will have to behave within certain guidelines, expectations and orders of his parents. This simple fact gets enlarged even for a larger canvas of a human society as a whole, of which an individual might be a member. Every human society of whatever size, has its own bad elements, who want to break the norms, set up by that society for lust or personal gains at the cost of others. For this reason we need to legislate laws of behaviour for every member of that society and a watch dog body that not only watches whether members of that society are following the rules of that society, but also searches and finds those, who are breaking the rules and punish them for this breach. This would automatically mean that as members of society, we need to have trust in these watch dog agencies, responsible for ensuring that the norms or law of our society are strictly followed. That is why we all normally trust police and the judiciary.

In a democratic society, we elect a Government that we trust. If due to its misdeeds, it looses our trust, we punish it and elect another one, which we consider more trustworthy. Unfortunately, it is not possible to do this at personal level. A person can not just replace a parent, child, spouse or even a friend because he has been found untrustworthy. This loss of trust not only reduces his accumulation of trust but makes the person less secure and free in the society. The person starts becoming more and more suspicious of others and gets bound by his own pretensions and beliefs.

Last year number of cases of child abuse were reported in India either from hired help used for transporting children to schools or even teaching associates. This has made parents of young children extremely wary towards staff providing such service. Imagine a working couple, who depend upon someone to ferry their ward to school and back. There working freedom depends upon such a service being available and their trust in that service. If the couple develops a trust deficit towards these services, as it has happened now, the working couple is the sufferer, because this newly developed lack of trust impacts the working freedom of that couple.

This loss of trust at personal level can not be avoided, particularly when one gets older. A realisation comes to most of us at this age, that many of our near and dear ones, whom we had implicitly trusted throughout our lives, were not all that trustworthy. That is why, we see most of the seniors, apprehensive about people around and rather happier with friends. Many seniors are so disappointed with their relations that instead of carrying an accumulated trust of a lifetime, they actually run a trust deficit at a personal level .

Having a trust deficit at personal level can be tolerated because the person is the only sufferer, but when the trust towards public utilities, services and also law enforcing bodies starts running into deficit, the society has real problem on its hands. This trust is an absolute must for us if we want to live in a society. The episode with Uber, because of its nature as a public utility, has therefore hit the common man very badly.

Government may bring more deterrent punishments or may even ban Uber like services. That is not likely to get rid off people's trust deficit towards such services. The problems with our law enforcement agencies are well known and there is no point in repeating them here. Unless there is a general change in which society members become more aware about importance of obedience to laws and rules of society and start behaving accordingly, just banning some outfits and increasing quantum of punishments is not likely to help.

Email ThisBlogThis!Share to TwitterShare to FacebookShare to Pinterest
Labels: loss of personal freedom, on line taxi service, senior's lack of trust of others, trust, Uber episode