Return of the lost one 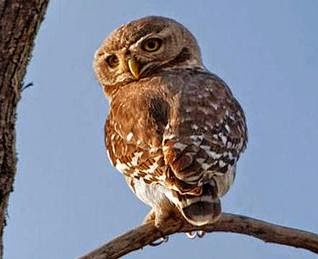 Tansa wildlife sanctuary is located in the Thane district of Maharashtra about 90 Km away from the city of Mumbai. The sanctuary covering an area of around 320 sq. km, is a home for many rare and endangered species of flora and fauna. The flora in this sanctuary mainly consists of southern tropical moist deciduous trees like Teak, Khair, Kalamb and Bibla. Bamboo is also found in patches.

The sanctuary provides ideal conditions for a variety of birds and animals. Around 54 species of animals and 200 species of birds are observed here. Major wild animals are Panther, Barking deer, Mouse deer, Hyena, Wild boar etc. Major species of birds that can be seen here consists of crested serpent eagles, Woodpeckers, Hornbills, Owlets, Bayas, Bulbuls and many others.

In the month of October 2014, Sunil Laad, a naturalist and former employee of Bombay Natural History Society (BNHS) was roaming along with companions, the Tansa sanctuary to looking for bird species. In a part of the sanctuary that had a dry deciduous forest, with open patches, he saw an unusual bird, an Owlet to be specific, sitting on a dried branch of a tree. Beacuse of his association with BNHS, he realised that it was no ordinary Owlet. 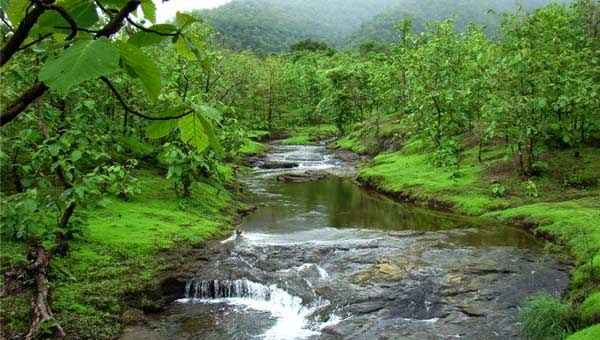 Spotted Owlets (scientific name: Athene brama), also known as Spotted Little Owl are commonly found in and around forests in India. But the bird, which Sunil Laad had seen was markedly different from this species and had unspotted crown, complete collar on breast, dark primaries and broadly banded tail.

With great excitement, Sunil Ladd concluded that the bird he was seeing was none other than the Forest owlet (Heteroglaux blewitti), one of the rarest and least-known of India’s endemic bird species that was thought to be extinct for over 100 years. It was rediscovered in 1997 in Toranmal Reserve Forest near Shahada in the Satpuda ranges in Nandurbar District, Maharashtra. Forest owlet’s preferred habitat is the dry deciduous teak forests of the Narmada Valley in the Satpuda ranges. It is now believed that a fragmented population of between 100 and 250 forest owlets only is now left in the wild, mainly because of the threats to then forests themselves. In addition to that Owlets are subjected to serious threat as a result of local superstitions like the eggs being collected by tribal people to bring luck in gambling and killing the birds because they are believed to feed on human souls. Killing a young owl is also widely considered to boost fertility. On subsequent study tours to Tansa, visitors and conservationists were absolutely delighted when they were greeted with calls of the bird around seven km from the location, where it was first seen.

An ornithologist who specializes on Forest Owlets says; "The species was for long known to be endemic to the Satpuda ranges and has now been recorded in the northern western ghats. This clearly highlights the need to conserve crucial avian habitats, such as Tansa and other areas, which are potential homes of the Forest Owlet."
Bombay Natural History society is extremely delighted to know about the discovery of this extremely rare bird so close to Mumbai and hope that the authorities will take proper steps to protect the Forest Owlets in Tansa.