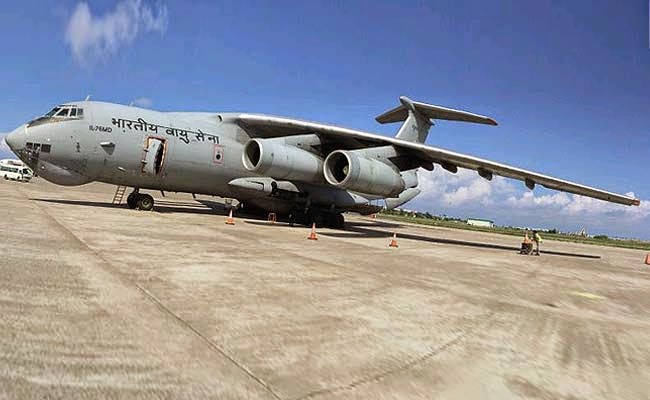 The archipelago of Maldive islands in the Indian ocean is famous for its picturesque beaches with silver white sands and azure blue seas. Tourism is the main industry in Maldives. Huge number of tourists from all corners of the world arrive and stay on these islands every year. Male, the Maldives' capital, is located on a low-lying island in the Indian Ocean that has no natural water source and depends entirely on treated sea water. Maldives Water and Sewerage Company operates the desalination plant to provide potable water to Male. 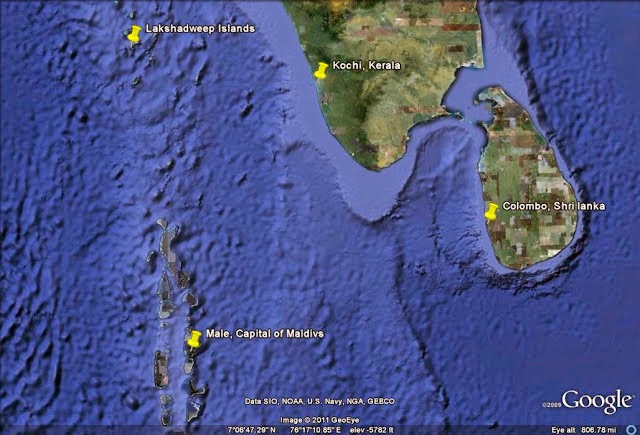 Alarm bells started ringing in Male on Thursday, 4th December 2014, as the generator unit of the desalination plant caught fire and burned, that resulted in complete stoppage of the desalination plant, leaving close to 150,000 Male residents, without water in their homes. Initially, the government provided bottled drinking water free of charge but the people struggled without enough water for washing. The crowds became restive and long queues formed over the water crisis. The situation was leading to a crisis as the Maldive Government realised that it may take days to resume operations in the treatment plant because destroyed parts need to be brought in from abroad.

It was then that Maldives, according to local media reports, put a request call to India, Sri Lanka, the US and even China, but nothing much moved. Around 10 PM on Thursday (4th December 2014) night, Maldives foreign affairs minister Duniya Maumoon, who is also the daughter of the former president Abdul Gayoom, put in a distress call to India's External affairs minister Sushama Swaraj to say that Male was in state of emergency as its 100,000 residents were left without drinking water after the desalination plant there stopped working. 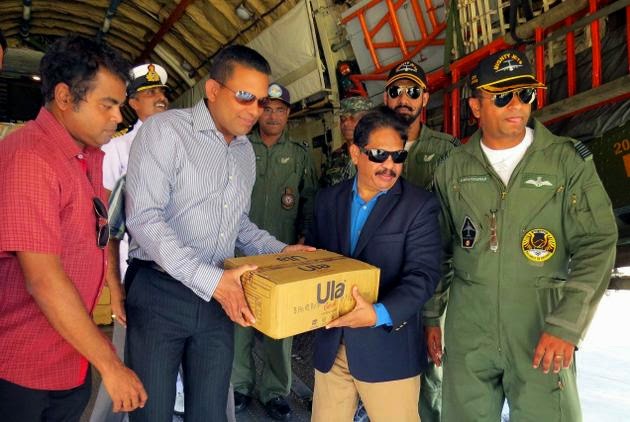 Sushma Swaraj, discussed the issue with Prime Minister Modi and after that things started moving quickly. By morning of Friday, 5th December, an Indian air force IL-76 plane loaded with 20 tonnes of fresh potable water, landed in Male, bringing immediate relief to people of male. This was followed by more flights by IAF heavy-lift aircraft such as C-17 and by Friday evening, India sent 200 tonnes of drinking water through five sorties of IAF aircraft. This was followed by another 5 flights on Saturday, 6th December 2014, when another 200 tonnes of potable water reached Maldives to thwart off immediate crisis. 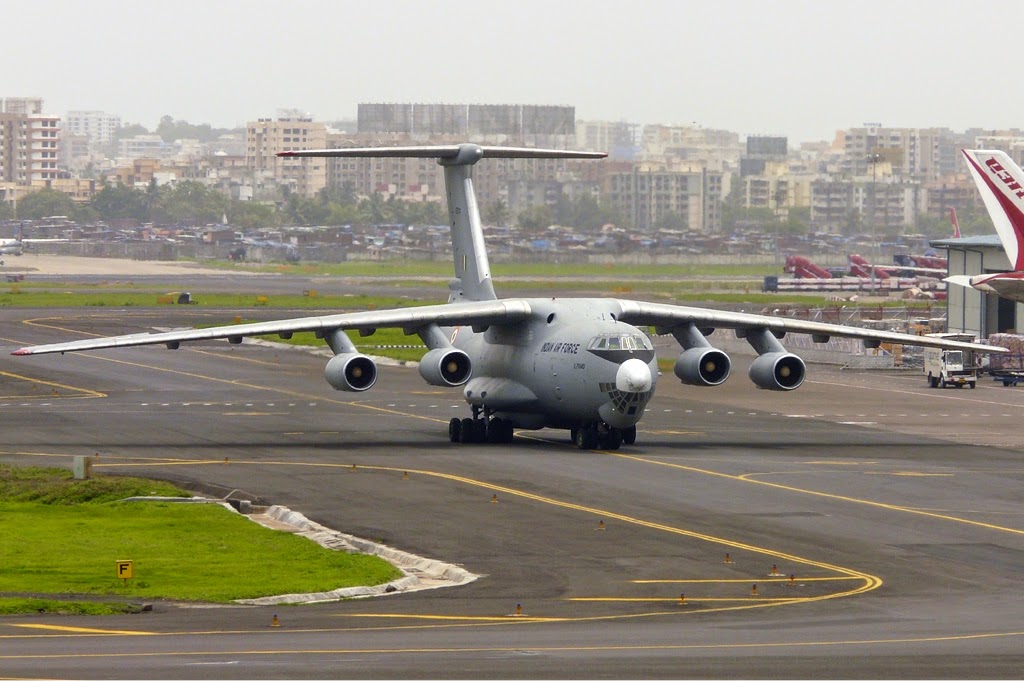 India also diverted a naval patrol vessel INS Sukanya to Male. It has reached Male on Friday night (5th Decemeber 2014 itself). It was carrying 35 tonnes of fresh water and has two reverse osmosis (RO) plants onboard which have a capacity of producing 20 tonnes of fresh water per day. a large tanker vessel, INS Deepak, which can carry 800 tonnes of water has also set sail from Mumbai to Male, a distance of 910 nautical miles. Navy's destroyer INS Kolkata also sailed for Male with 120 tonnes of water and has 3 RO plants on board. Two offshore patrol vessels (OPVs) have been kept on standby for any future requirements. 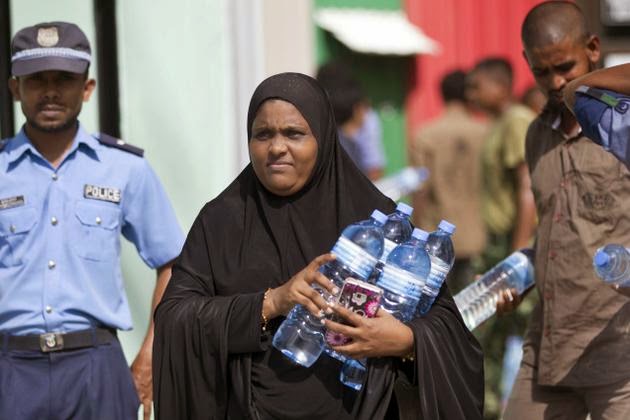 Other countries too have now started responding to Male requests. Sri Lanka has began airlifting bottled water on Friday. China and the United States are also rushing help, the government said. China’s state-run news agency Xinhua is reporting that two Chinese military aircraft carrying 40 tonnes of drinking water were expected to arrive in the early hours on Monday (8th December) having departed for the island nation on Sunday night. Besides, a marine rescue vessel of the Chinese Navy has been sent to dispatch 1,000 tonnes fresh water to Male on Friday, for a scheduled 3 am (local time) arrival on Monday.

Even as help came, much of the capital still remained without drinking water even on Saturday, 6th December 2014. Street scuffles broke out on Friday at many places where authorities were distributing bottled water under a strict ration system. More than a third of the local population of 330,000 Sunni Muslims, live in Male, which covers an area of just one square mile. There are thousands of expatriate workers from Bangladesh, India, Nepal, Pakistan and Sri Lanka. There were reports that the foreign labourers were denied water at some distribution centres. Later the distribution was improved.

There is no doubt that India was best placed amongst all other countries to whom Maldives had approached for help. Yet it should be appreciated that India was quick to respond to the needs of a small country in the neighbourhood, which is a member of SAARC (South Asian Asociation for regional cooperation). A friend in need is friend indeed.