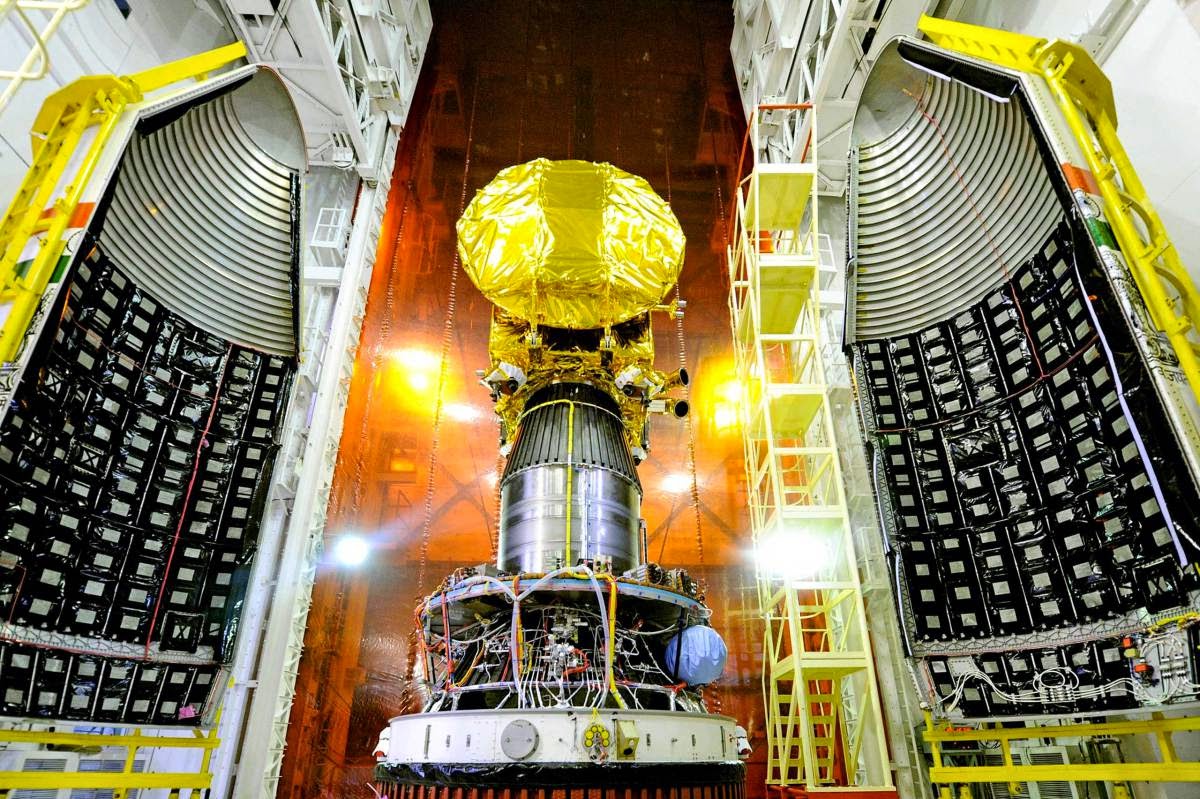 Just after India's MOM (Mars Orbiter) was included in the TIME magazine's annual round-up of the best inventions making the world better, smarter and—in some cases—a little more fun, the man who was at the helm of Indian Space and Research Organization, that achieved this success, has received another rare honour though from a totally different source.

Before we get into some more details about this honour, let us first see what TIME says about MOM and I quote:

“Nobody gets Mars right on the first try. The U.S. didn’t, Russia didn’t, the Europeans didn’t. But on Sept. 24, India did. That’s when the Mangalyaan (Mars craft in Hindi) went into orbit around the Red Planet, a technological feat no other Asian nation has yet achieved. Building the craft cost India just $74 million, less than the budget for the film Gravity. At that price, the Mangalyaan is equipped with just five onboard instruments that allow it to do simple tasks like measure Martian methane and surface composition. More important, however, it allows India to flex its interplanetary muscles, which portends great things for the country’s space program—and for science in general.”

This week, the man who is at the helm of India's space research organization; Dr. Koppillil Radhakrishnan, has been honoured by the prestigious journal devoted to science, “Nature” as one of the top scientists of year 2014. With the inclusion of Dr. Radhakrishnan, Chairman of the Indian Space Research Organisation (ISRO), in this list, the magazine has for the first time in the recent past, chosen an Indian working in India for these honours. Dr. Radhakrishan finds himself here in the August company of scientists like Andrea Accomazzo, the Rosetta flight operations director, European Space Agency.

In an article titled as “365 days: Nature's 10” this magazine devoted to development of science has listed ten people who mattered this year. Giving reasons for this honour, the magazine says and I quote;

Koppillil Radhakrishnan knew the odds were against him when India's Mangalyaan space probe closed in on Mars this year. As head of the Indian Space Research Organisation (ISRO), he was well aware that half of all attempts to reach Mars have ended in failure.

But the ISRO had taken lessons from other countries' mistakes, and it set modest aims for its first interplanetary mission, which it billed as a technology demonstration. When Mangalyaan settled successfully into Mars orbit on 24 September, India joined the elite group of nations with the ambition and technical capability to explore the Solar System.

In his 43 years as an engineer and manager at the ISRO, Radhakrishnan has led a diverse set of projects, from developing remote-sensing satellites to setting up India's tsunami-warning system. The Mars mission was a gamble, but it caused less heartache than the ISRO's work on a cryogenic rocket engine that had failed during a launch in 2010 and finally succeeded this year.”

India's success this year drew widespread applause. Raymond Arvidson, a planetary scientist at Washington University in St. Louis, Missouri says; “This is good for India and its economy, demonstrating the ability to develop and implement high-technology enterprises.” 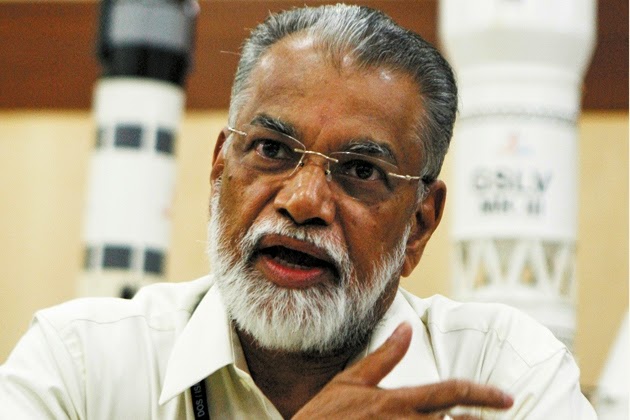 Dr Radhakrishan however, plays down his own role when he says he was like a conductor of an orchestra and considers the honour received by him as the one that belongs to entire ISRO team, as large as 16,000 members, with the younger generation alone accounting for 4,500. He says; “It’s recognition for executing a major technological mission by bringing in synergy of a large team.” He feels that perhaps the best thing that has happened to ISRO because of these scientific feats is that the number of young people wanting to join ISRO has moved by leaps and bounds after the moon mission. The Mars mission has generated even greater attraction. He says, “These missions have been able to generate remarkable interest in the younger generation. If we are already able to attract the best brains in the country, these achievements provide a fillip to that.” It is interesting to note that just after the September 24 event [when Mangalyaan settled into Mars orbit], ISRO got many postcards from people. The Facebook of ISRO has 900,000 likes.

Organizations run by Government are notoriously known for minimal efficiency, lethargy and are often considered as white elephants. ISRO of India remains a solid exception to the rule. The reasons for this are not far to seek. ISRO provides jobs that are challenging, There is also good working culture and ambience. There is also certain pride associated with the job, and in a society how people look at you also matters. No wonder that this attracts people to ISRO.

Dr. Radhakrishan will be retiring by this year end. It is most appropriate that his work has been appreciated by an internationally acclaimed publication. Congratulations to Dr. Radhakrishan.