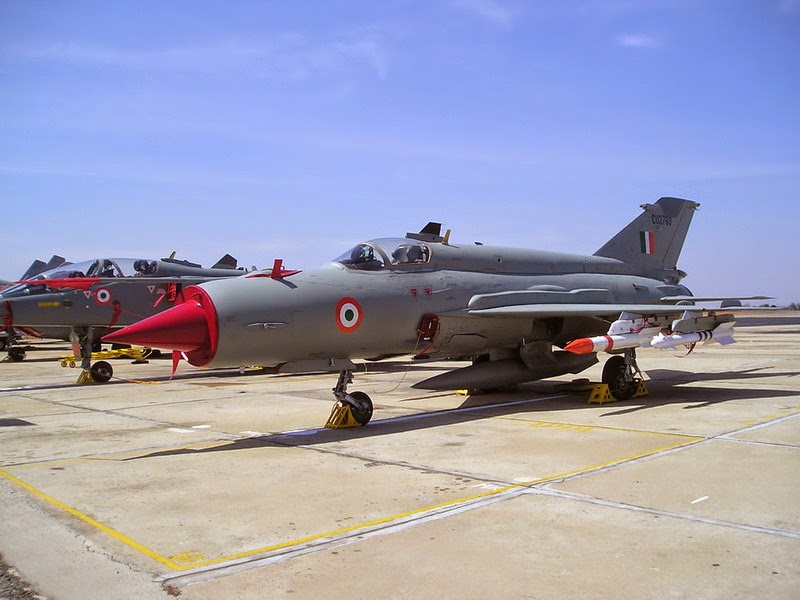 There are certain jobs, where the person on duty just can not leave, unless a replacement comes in and takes over. Guards, watchmen, operators controlling critical pieces of equipments like power stations, continuous process plants are all examples of such jobs. In Naval duties the officer controlling the ship can not leave his post on the bridge unless another officer takes over. If due to some unavoidable reasons the replacement person gets delayed, the one on job is stuck. There are examples, when guards have done duties extending into days.

Similar is the case for India's virtually obsolete fighter aircraft, MiG-21s, looking for replacement for years that never seems to be coming. In 1960's India was looking for an air superiority fighter planes as an replacement for its aging aircraft procured from western nations. To its dismay, India was offered aircraft from Korean war vintage like F 5. This made India deviate for the first time to buy Soviet fighter aircaft, when it opted to purchase the MiG-21, over several other Western competitors. As part of the deal, the Soviet Union offered India full transfer of technology and rights for local assembly. It was a good deal and what India wanted. Since 1963, India introduced more than 1,200 MiG planes into its air force. Even as recently as August 2013, there were at least 252 MiG-21s in operation in India.

It was in 1971 that MIG 21 won its laurels, when during the hostilities with Pakistan, the IAF MiG-21s had claimed four PAF F-104s, two PAF Shenyang F-6, one PAF North American F-86 Sabre and one PAF Lockheed C-130 Hercules. According to one Western military analyst, the MiG-21s had clearly "won" the much anticipated air combat between the MiG-21 and the F-104 Starfighter

However as the plane aged, it started getting plagued by safety problems. According to Wikipedia, since 1970 more than 170 Indian pilots and 40 civilians have been killed in MiG-21 accidents. At least 14 MiG-21s have crashed between 2010 and 2013. It is writing on the wall that Indian air force badly needs a replacement for its MIG 21 fighters, that too urgently.

It was not that India's defence planners were unaware of this acute need. Sometime in 1983, Government in India, launched a project known as LCA to develop indigenously a light combat aircraft that would replace the ageing MIG 21 fighters. The budget sanctioned was a modest one, just 5.6 Billion Rupees. The project however kept on meeting one hurdle after another and effectively kept on being delayed. 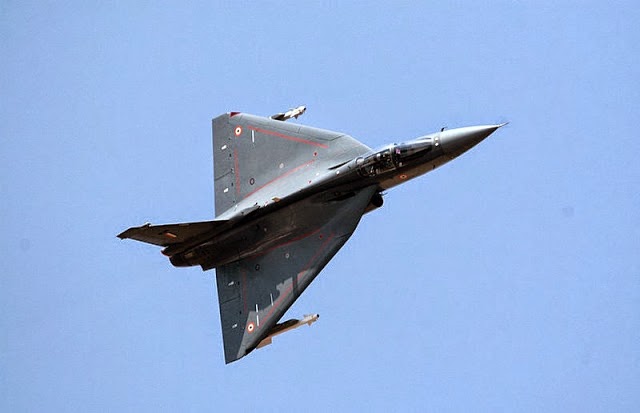 In in April 2003, PM Atal Bihari Vajpayee named the LCA as "Tejas." The maiden flight of Tejas was made from National Flight Test Centre (NFTC), near Bangalore, on 4 January 2001, and its first successful supersonic flight followed on 1 August 2003. In March 2005, the Indian Air Force placed an order for 20 aircraft, with a similar purchase of another 20 aircraft to follow. All 40 to be equipped with the F404 engine manufactured by US engine manufacture General Electric, as 'Kaveri' an indigenously developed engine for Tejas, failed to meet required standards. 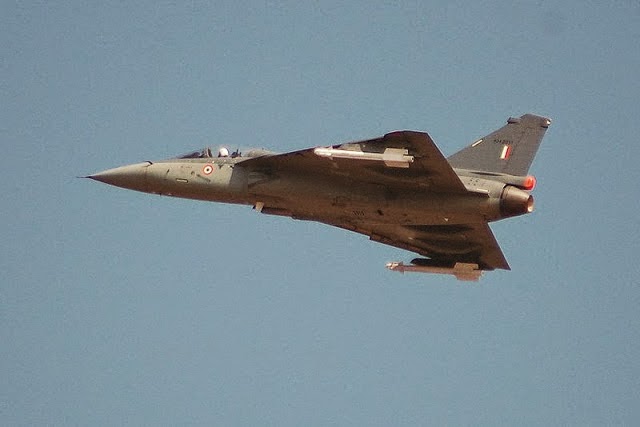 After this long, tortuous journey, on 20th December 2013, after having clocked almost 2,420 flight tests since its final prototype first flew in January 2011, the aircraft was cleared for initial operational clearance ( IOC )-II configuration. This signified that the fighter was fully airworthy in different conditions, from extremely low temperatures of high-altitude areas to the searing heat of deserts. It also meant that the ultimate user of the aircraft has accepted the aircraft design.

There is one more hurdle before Tejas becomes combat ready. It is the integration of all weapons like guns, laser-guided bombs and BVR (beyond visual range) missiles as well capability of air-to-air refuelling. A clearance known as final operational clearance or FOC is still pending and likely to be achieved by end of 2015. Till this happens Tejas would be more like trainer. The first Tejas squadron of 20 jets in the IOC configuration is likely to be based in Bangalore to resolve teething problems. Later the squadron would be shifted to the Sulur airbase in Tamil Nadu.

All this means that the aging MIG 21 have still to be be flogged in service for another 8 or 9 years. MIG 21's will now retire only in 1925. It is going to be a long wait.