From Berlin wall to Baluchistan trench 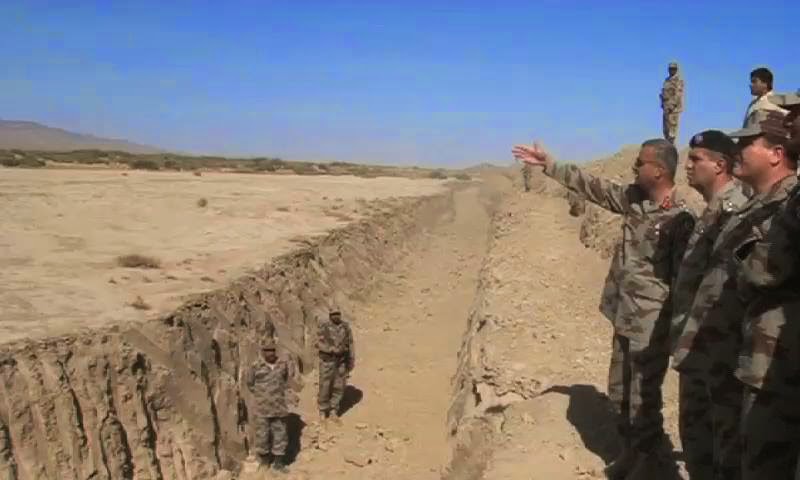 Always considered as the sour most sign of the cold war, the Berlin Wall was erected by erstwhile German Democratic Republic in 1961. The wall had managed to completely cut off West Berlin from East Berlin as well as surrounding East Germany. A modern Avatar of the Berlin wall in form of a trench, has come up in Baluchistan province of Pakistan, across its international border with Afghanistan. The 485 mile long trench, reminiscent of the medieval times, has been dug at a cost of US $2.5 Million and was finished on November 16, 2014, along the 2,640-kilometer Durand Line, named for British diplomat Mortimer Durand, who drew the now internationally recognised border in an agreement with Afghan ruler Abdur Raham Khan in 1893. After the British left and India and Pakistan gained independence in 1947, Pakistan has regarded the Durand Line as an official border with Afghanistan, though successive Afghan governments have refused to recognize it. 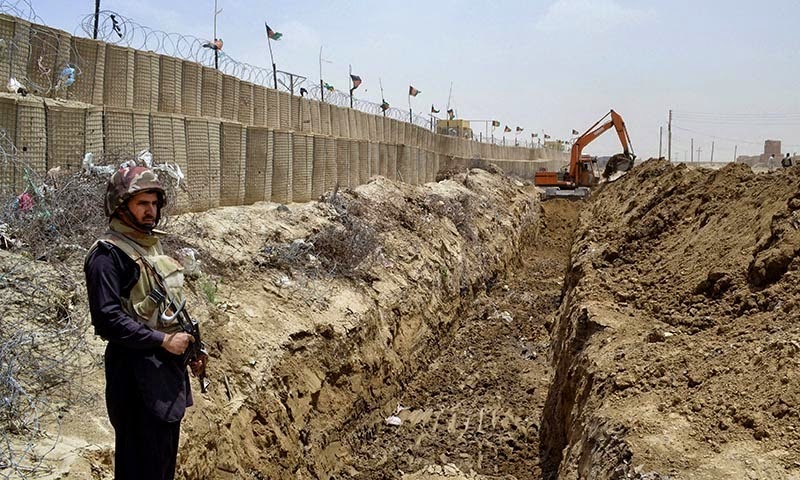 The massive trench, which looks like a complete eye sour, is about 10 feet wide 8 feet deep. Some sections of the trench have been topped with barbed wire, and more wiring will be installed later. Excavation for the project had began in mid-September 2014. Pakistani troops have started patrolling along the trench. It is a part of Pakistan's strategy to counter terrorism and prevent foreign militants from infiltrating the country via the province 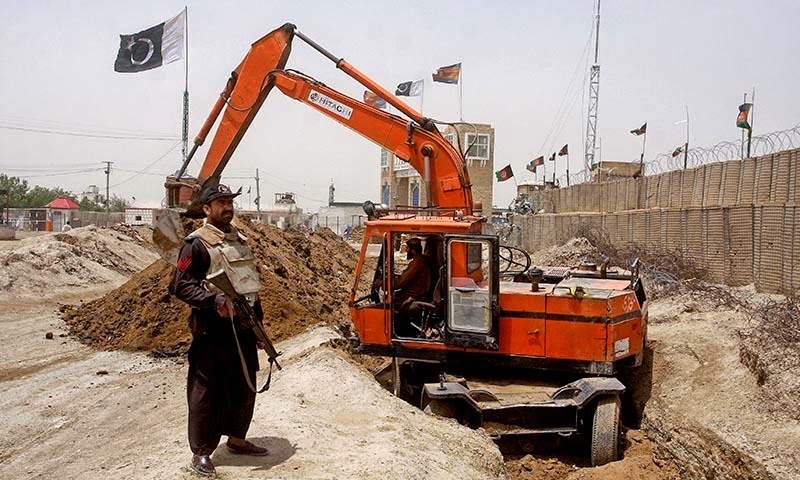 Pakistan's Frontier Corps say that the trench would not only help in effectively controlling the movement of drug and arms and ammunition smugglers, but also will help in stopping the intrusion of terrorists and illegal immigrants. They fear that the arms that are smuggled reach any number of insurgent groups, including the Taliban.

However, there is heavy opposition to the trench from Afghans, who have never really accepted the Durand line as true international boundary. Even the tribal communities that straddle the boundary areas have not accepted it. Afghans feel that this trench is simply to draw a border with Afghanistan and claim our land as their own. They feel that the trench is a latest move in new incarnation of the British era Great Game, in which Pakistan hopes to destabilise its neighbor to extend its regional influence.

Afghanistan-Baluchistan border has been completely porous with people freely moving across it. They always took the freedom of movement across the Durand Line for granted. Ethnic Pashtuns who live in the area, cross the line without visas, and do not consider the Durand Line an official border. Some of them live on one side of the border, whereas there lands are on the other side of the boundary. The trench has raised the anger of the local residents too. Pashtun populations on both sides of the border worry about the cultural and economic effects the trench will have on their tight-knit communities. 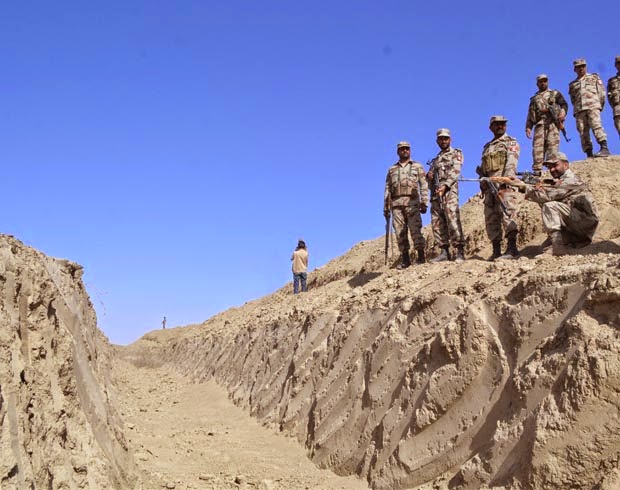 Former Afghan Tribal and Border Affairs Minister Akram Akhbelwak says that Afghans do not see the trench as a counter terrorism measure, but as an affront and feel that it would be never acceptable by the Afghans. He says that the trench and the tribal border are completely illegal. Such actions on the border are creating problems among the tribes and will never be a solution to the problems between the two countries. Local tribal people see the trench as something that is artificial, dividing families and crippling trade besides it is adding to simmering tensions between Afghanistan and Pakistan.

Whatever Pakistani say, the Baluchistan trench is likely to prove as unpopular amongst Afghan Pashtuns as the Berlin wall was with Germans.