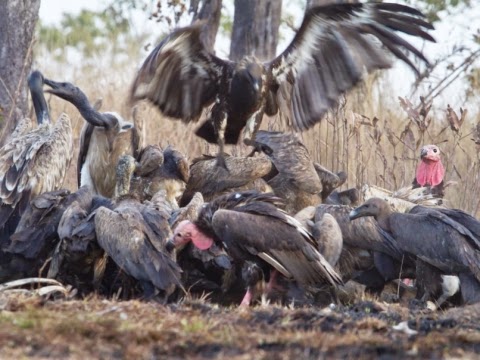 During the days of British Raj, its officers loved to hunt wild animals in India's jungles. Not every officer wanted to undergo hardships and face danger in such an endeavour. The maharajas ruling over smaller and larger states spread all over India, also liked to take up this activity in style. Such hunts were usually arranged with big fanfare with the Maharaja or the British officer sitting on an elephant and hundreds of people creating a ruckus in the forests so that wild animals would come out. In fact so popular was this so called sport (sic) that India's wild animal population started to dwindle past.

No one really cared about ecology and environmental issues those days and game hunting just continued unabated. With their numbers dwindling, it became extremely difficult soon, to lure big game outside the deep forests so they can be made easy pray for the hunters. A new solution was found to this problem. A domesticated animal was taken to the forest and tied to a tree so that a wild animal would smell it and go for a kill. The royal hunters would wait nearby and would kill the predator. No one really knows, how many of India's fauna were killed in this fashion.

When greater awareness about ecology and environment came about, Indian Government totally prohibited hunting of most of the big game. But people still wanted to experience the jungles and see the wild animals. Idea of eco- tourism was born to allow people to visit jungles in such a way that no harm is caused to flora, fauna and the environment. I have taken such tours in forests of Gir and Kaziranga, where a visitor can go around watching animals in their natural habitat.

In such tours there is no guarantee at all that a visitor will be able to watch the big animals like elephants or big cats. I can narrate experience of my Kaziranga elephant safari, where we could not see a single elephant, leave aside herds. People travel over long distances and incur lots of expenditure to visit these parks and sanctuaries and therefore get disappointed, when they do not see any big game. I have heard that in some parks in Africa, they arrange domesticated animals like buffaloes or goats to be carried to jungles so that predators can come to that spot and kill them. This way, the visitors to a park can see the big game with certain surety. I do not think that such practices are carried out at any park in India, but I could be wrong. 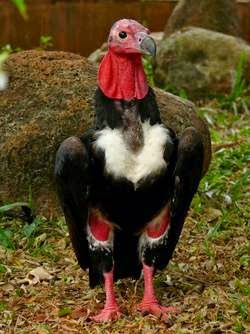 Cambodia's northern province of Preah Vihear, famous for an ancient Shiva temple of the same name- located directly on its border with Thailand- is famous for its Red-headed, Slender-billed, and White-rumped vultures, who have found dense jungles of Preah Vihear a natural habitat since time immemorial. Vultures as natural scavengers, were once found in abundance all over Asia. But vulture population fell drastically in the 1990s, when the carrion-eating birds fed on the carcasses of cattle that were treated with Diclofenac, an anti-inflammatory drug used to treat livestock that is highly toxic to vultures. Luckily for them, this drug was never used in Cambodia, and its small native populations of Red-headed, Slender-billed, and White-rumped vultures found Preah Vihear province a relatively safe haven. 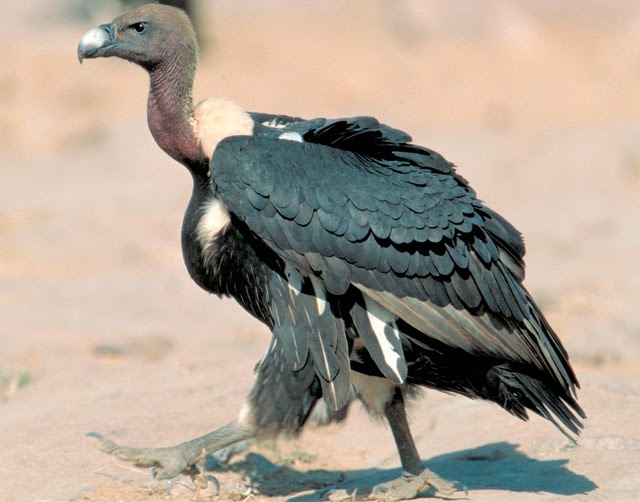 All three vulture species found in northern and eastern Cambodia, are now listed as endangered species as they face habitat loss, food scarcity and poisoning. A survey in June 2014 of seven vulture habitats across Cambodia recorded just 214 individual birds, down from 292 in 2010. Having been declared as endangered, the vultures have become a hit with environmentally conscious tourists, who want to see the birds at a close range. In the natural habitat, the birds can be only seen at close range, when feeding on a carcass. This makes vulture sighting a very difficult proposition.

To cater to the needs of the tourism trade, five NGOs and two government agencies collaborated in 2004 to open the first vulture restaurant in Preah Vihear Protected Forest near the Thai border. Now seven such feeding sites are operated in three provinces – Preah Vihear, Stung Treng, and Mondulkiri. The “Vulture Restaurant” works on basic bait-and-wait approach. Organizers purchase cows from local villagers, slaughtering the livestock during the night and erecting a blind near its carcass. Tourists come before dawn to catch the arrival of up to 70 vultures, which descend shortly after sunrise to strip the carcass to the bone. The spectators capture the feeding frenzy on their cameras and iPhones. Cambodian authorities feel that “vulture restaurants” provide environmentally conscious tourists the rare opportunity to witness these endangered birds at close range.

The fees collected from the tourists go into a community development fund. The fund covers the cost of the cows and provides income to local herders. Profits are pumped into local communities. The cost to visit a vulture restaurant depends on the size of the group and itinerary chosen. Cambodian authorities feel that the novel eco-tourism scheme provides twin benefits. Firstly it educates tourists on the vulture’s precarious survival and provides secondly the endangered birds at least with an average of two hearty meals per month. Additional feeding sessions are arranged during the high tourist season in the winter months. Since the scheme utilises local guides, restaurants and guesthouses, rural communities in these provinces are gaining from the revenue generated and become aware about the need to protect the iconic birds.

There has been so far only one little problem faced in the operation of the scheme. The price of cows has risen in recent years. Environmentalists dismiss the suggestion that this is due to tourism. They feel that the prices have increased not because cows are used to feed the vultures, but rather because of the demand for the cows from nearby Muslim communities.