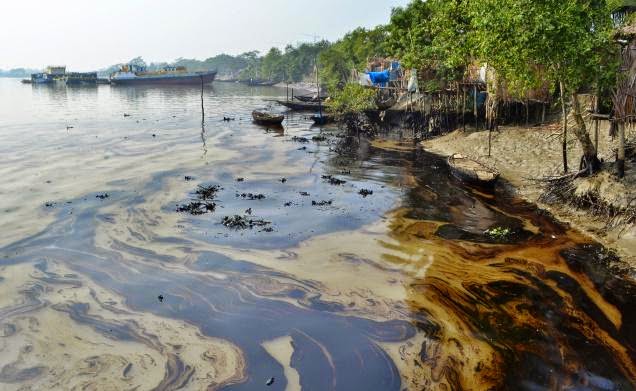 It could not have been worst than this. One of deadliest environmental disaster hit Bangladesh last week. This is likely to ring the death knell for aquatic animals including rare Irrawaddy dolphins, fishes and birds that feed on them in the unique land-marine eco-system of Sunderbans- a Unesco world heritage site having the world largest mangrove forest that covers 26,000 square km in India and Bangladesh and also the habitat of famous Royal Bengal Tigers.

Stage was set for this ecological nightmare, when on 9th December 2014, an oil tanker “ Southern Star Seven” carrying 350000 liters of furnace oil from Khulna to Gopalganj through Shela river found sailing extremely difficult because of the poor visibility amid dense fog. The captain decided to drop anchor at a place called as Mrigmari in the Sundarbans Chandpai range under West Zone near Mongla port, which is about 100 km from the Kolkata port. 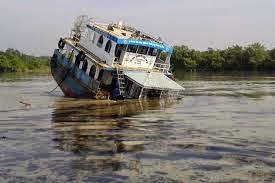 Around 5 AM next morning (10th December 2014), it was hit from behind by an empty tanker named as MT Southern, because of poor visibility. The front part of the tanker sank, spilling almost the entire oil into the river as two of its six containers were badly damaged. All of the eight-member crew swam ashore except for the tanker's navigator or master, who went missing. Police recovered the body of Master Mukhlisur Rahman,50, six days after the mishap. The Bangladesh Navy salvaged the wrecked tanker and towed it ashore after two days. 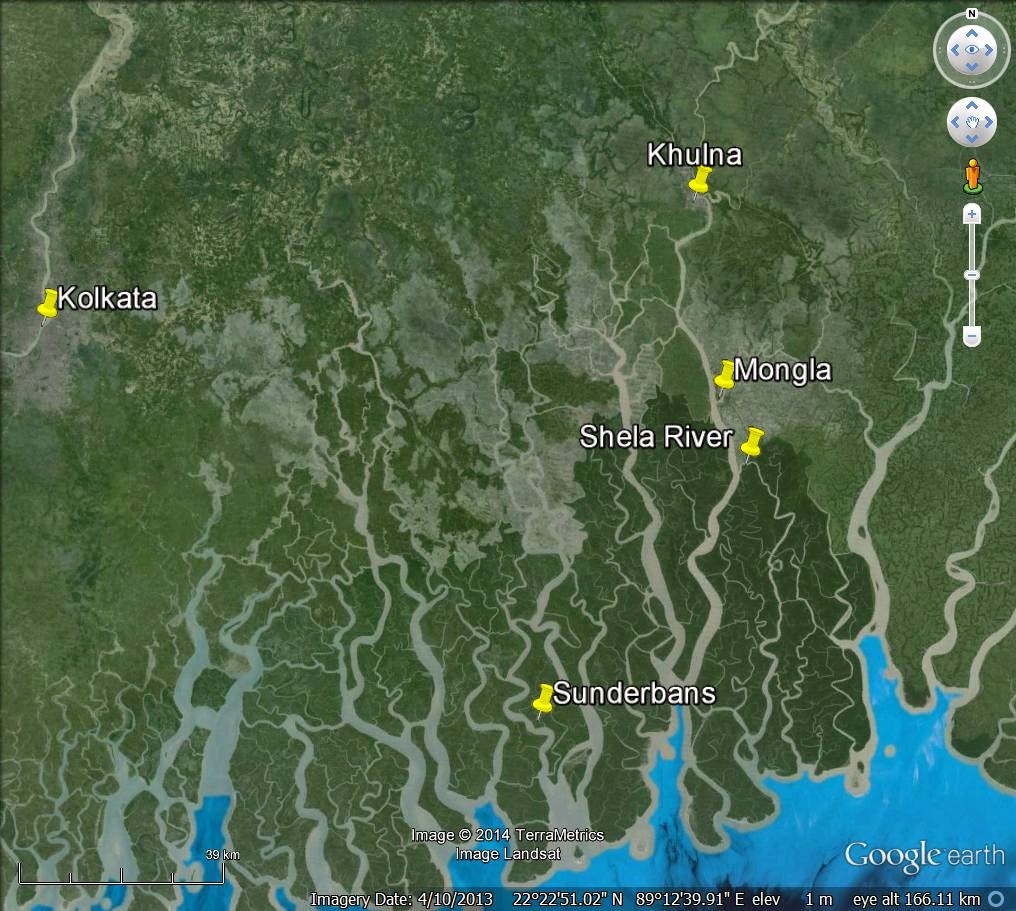 In 2012, Bangladesh had declared this area a dolphin sanctuary, home to about eight species. Besides, salt water crocodiles inhabit the area. Because of this reason, ships were banned from using this sea route and they used Ghoshiakhali canal bypassing the Sunderbans when sailing from Mongla port. However inadequate dredging led to heavy silting in the canal, leading to the closure of the route. To overcome this difficulty, the Bangladesh Inland Water Transport Authority (BIWTA) opened a "temporary" route through the Shela river in 2011. The move drew continuing protests from environmentalists and also Bangladesh forest officials. Vessels between Kolkata and Mongla port, also use this route. The traffic is quite heavy on this route these days. Initially, about 20 oil tankers plied each day. In 2013, 150-250 tankers moved through the Sunderbans route every day. The Bangladesh government has now closed Shela River route to all vessels after the disaster of 10th December. 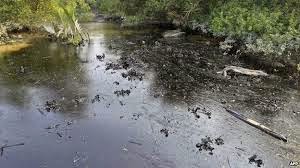 The oil quickly spread into the rivers and canals of the Sundarbans. By 12th December 2014, the oil slick had spread over up to 70 km of the Shela river, and in 20 canals connected with the Shela as well as another major river, Pashur, which is also affected. The spill now covers a huge area of 34,000 hectares

Bangladeshi authorities, besides urgently the assessing environmental damage, have also launched a clean up drive, which appears totally ineffective. Around 200 hired workers in nearly 100 engine and country boats have started a campaign to collect the oil from rivers and channels. The workers are loading the boats with the oil they are collecting manually using the traditional equipment and depositing those in tanks in nearby ferry terminals. The oil collection will continue until further notice. Bangladesh has admitted it doesn't have the resources and expertise to handle a crisis of this magnitude. The authorities, according to a report in “Dhaka Tribune,” have neither the experience nor the capability to handle such a case, trying to pass the responsibility on to each other instead of making a move. 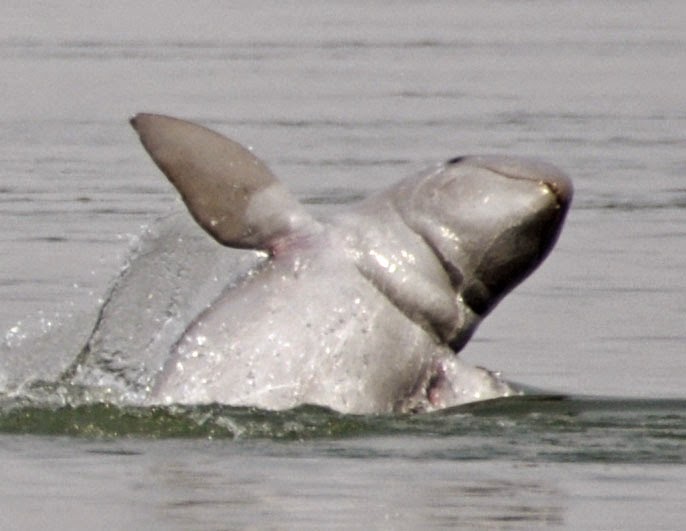 India's Zee news reported on 13th December 2014 that first dead dolphin was spotted in the Harinatana-Tambulbunia channel of Shela river. So far no other deaths of major animals including dolphins and crocodiles have been reported though there are reports in Bangladesh press that some dead animals have been spotted. The dolphins also have been reported having a breathing difficulty. They are expected to take the hit first and will soon start suffocating. The thick layer of oil on the surface of the river will cut down the dissolved oxygen. However “ Dhaka Tribune” report also highlights the deadly scenario that is likely to happen and says:

“As a coastal mangrove forest, the vegetation in the Sundarbans gets inundated twice a day by high tides. Now that there is oil, as water recedes with low tide, the oil will remain on the vegetation and the forest topsoil. The vegetation is the main food of various kinds of deer that live in the dense forest surrounding the river. The deer, in turn, is one of the main foods of the Bengal tigers. So, in the long run, the population of deer and tigers – the two best known animals from the Sundarbans – will be affected. The mangrove ecosystem of Sundarbans is primarily made up of four kinds of salt-water trees: Sundari, Kewra, Goran, Poshur and Gol. These trees reproduce from the windfall seeds that fall on the ground. As oil settles on the forest topsoil, these seeds will die and in the long run, the regeneration of the Sundarbans will be badly affected. That in turn will put the deer and different types of primates in trouble who depend on these trees for living. These windfall seeds are the staple food of Pungash fish that also inhabit the Sela waters. This fish again is one of the main foods of crocodiles – a famous reptile from these forests. If Pungash does not get anything to eat, they will die, eventually putting the lives of crocodiles at risk as well.” 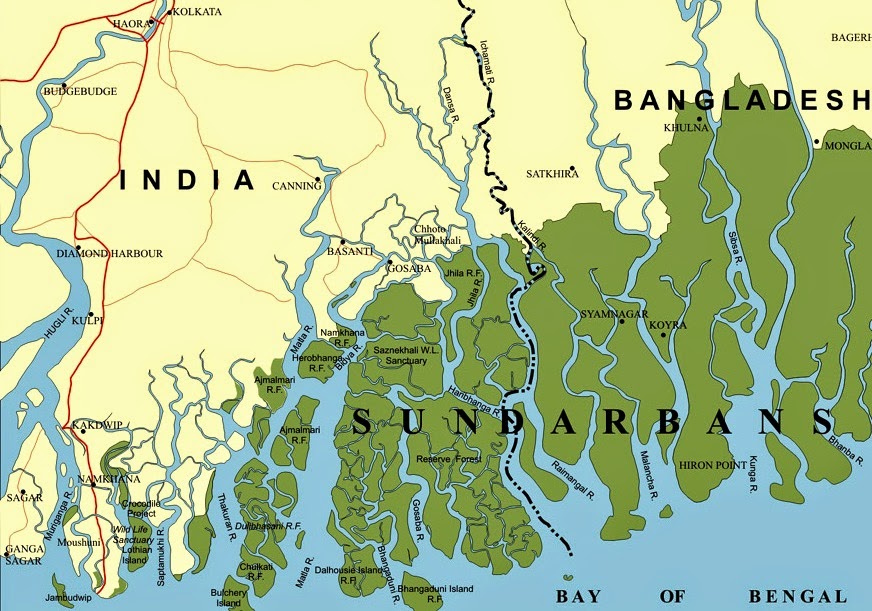 According to one report, the Indian part of Sunderbans may not take a big hit. That however might not be sufficient reason for India not to offer any help. A catastrophic event of this nature is likely to affect the entire Sundarban delta that shores both countries. It could have multiple disastrous effects on ecosystems of the region. India must therefore offer all help to Bangladesh in containing and cleaning up the oil spill, including engaging international firms who specialize in such operations.