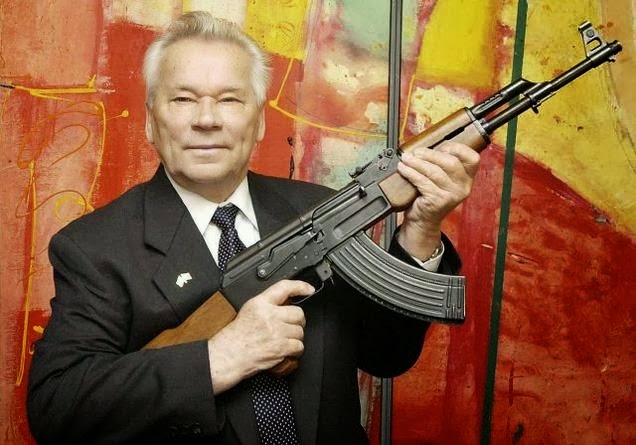 When we go out shopping, more than often, we end up buying products, which may not be the best buys, but we still buy them because they have an attribute that we find very difficult to overlook. The products are so called branded products and most of us trust the brands. But how do we recognize or identify a branded product from others? Usually a brand is a name, term, design, symbol, or any other feature that identifies one seller's product distinct from those of other sellers. The word brand has probably originated from the practice of livestock branding adopted to differentiate one person's cattle from another's by means of a distinctive symbol burned into the animal's skin with a hot branding iron.

A famous example of a name that identifies a brand is the name Coca-Cola, which belongs to the Coca-Cola Company. A brand may be identified by a symbol; such as a star in case of Mercedes-Benz or words like “hp” denoting Hewlett-Packard company or a picture of a polo playing horse rider, in case of Ralph Lauren company. These symbols are often known as Logos of those companies.

A Logo is a graphic mark, emblem, or symbol commonly used by commercial enterprises, organizations and even individuals to aid and promote instant public recognition. Logos can be purely graphic (symbols/icons) or are composed of the name of the organization like “TATA.”

This is all fine, but how can companies protect their Logos or brand names, which are essentially their intellectual properties, from copying by competitors or others? Most of the countries that accept intellectual property rights have a process known as Trade Mark registration. A question arises as to what is a trade mark? A trade mark is a recognizable sign, design or expression, which identifies products or services of a particular source from those of others. Obviously a Logo, symbol or even a name can easily be designated as a trade mark. A trade mark can be registered with the trade mark authority of a country or it may have not been registered.

We might think that Logos, names and trade marks would be mostly used for consumer goods, clothing and food products. These products do use trade marks invariably, but there are other trade mark protected products, not commonly available to consumers and have a specialized clientele. I remember that the trade mark BSA, which was used on bicycles, was also used on guns produced by this company. (The name BSA has been derived by shortening the name of the British Small Arms Company.) 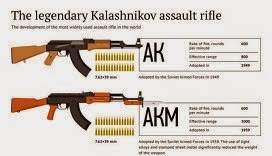 Latest to join the trade mark band wagon are the Russian manufacturers of Kalashnikov assault rifles. They have applied to register a world trademark of the world’s best-known weapon, the AK-47, including for toys. A Russian company, Kalashnikov Concern, controlled by state-owned Rostekh, manufactures Kalashnikov rifles in Izhevsk, Russia.

Readers may not believe but the one deadly weapon around the world that has killed highest number of people around the world is none other than this rifle named after its designer Mikhail Kalashnikov. This Kalashnikov rifle is popularly known as AK-47. The AK-47 is probably the only weapon that has been used in almost every large scale conflict in the second half of the 20th century, and can boast more kills than any other single firearm. More than 100 million Kalashnikov rifles have been sold worldwide and they are wielded by fighters in such far-flung conflict zones as Iraq, Afghanistan and Somalia. This rifle and its variants are the weapons of choice for dozens of armies and guerrilla groups around the world. The weapon also has became synonymous with killing on a sometimes indiscriminate scale and has received a bad name because of its exclusive use by terrorist organizations. The AK-47 was designed by Mikhail Kalashnikov in 1947, to provide better weapons for the Soviet soldiers, who had earlier had big defeats in the early years of World War II at the hands of far better armed German soldiers. However it was never used against the Nazi Germany.

Anyone would expect the Logo for Kalashnikov would be a picture of the AK-47 rifle or something similar. But this logo, described as an image of a rifle with AK-47 marking is already registered as a trade mark by relatives of late designer of Russia’s famed assault rifle. Kalashnikov Concern, that manufactures this rifle, wanted to own this Logo but it's claim has been rejected by the intellectual property rights court.

Kalashnikov Concern has therefore been forced to choose another Logo for their weapon as letters “CK” written in black and red and melded into a single block. It is reported that they have spent more than USD 380,000 for the re-branding campaign of the new Logo.

What is interesting is that the company has filed an application “for registration of a word trademark of AK-47 under class 28 of the International Classification of Goods and Services,” the documents read. This classification includes items such as games and toys, gymnastic and sporting articles not included in other classes and decorations for Christmas trees.

With such expansion plans on board, company probably thinks that it must have a trademark protection. The interesting point however, happens to be that the trade mark is being registered under category for games and toys. This means that including a child's plastic gun, no one can make a toy AK-47 rifle with Kalashnikov Concern's trade mark “CK.”