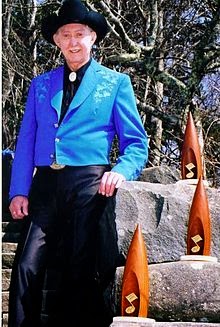 This week we have a song that is considered a country music standard. It became so popular that it was covered by many artists like Engelbert Humperdinck and Elvis Presley later. The original version of the song "There Goes My Everything" was recorded in 1966 by Jack Greene. This version spent seven weeks at the top of the US country music chart, with a total of twenty-one weeks on the chart. The song also won several awards, including "Single of the Year" and "Song of the Year" at the very first CMA Awards presentation. In addition, the accompanying album of the same title won "Album of the Year,” for Greene.
A three-time Grammy Award nominee, Jack Greene (1930 – 2013) was an American country musician.
Enjoy

If you can not see the embedded video on your android devices, here is the link. http://youtu.be/t_SkF5igE6o You can also copy and paste the link in your You Tube App. If that also does not work, search You tube, There Goes My Everything, Jack Greene.

Email ThisBlogThis!Share to TwitterShare to FacebookShare to Pinterest
Labels: Jack Greene, Long forgotten musical tracks, There Goes My Everything