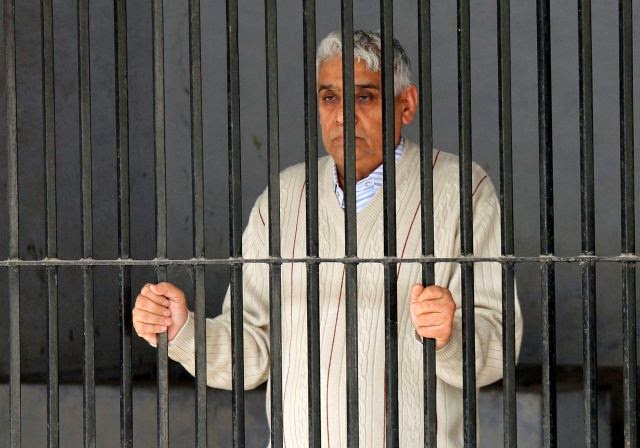 This week saw another of India's so called Godmen finally ending behind bars. Self styled Godman Rampal, who proclaimed himself to be an reincarnation of fifteenth century mystic poet and saint of India, “Kabir” was finally arrested along with about 400 of his supporters by police, after clashes with his supporters that lasted for several days. However, this was not the first encounter Police had with Rampal. He and 38 others have been charged in the past with murder and other offences, after a clash between his supporters and another group had killed one person in July 2006. He was freed on bail, which was cancelled after his followers entered a courtroom and threatened lawyers in July 2014.

Rampal, who is an engineer by training, has ignored 43 court summonses, seeking exemptions each time. The court set a final deadline for him to appear in court on 16th November 2014, which he ignored. A non bailable warrant was issued on his name. This caused the standoff between him and the followers in which a few of his followers even have lost their lives.

Police have slapped charges of murder and violence over the death of six people besides a charge of planning and waging a war against people of India. Rampal maintained a small personal army and police have found number of weapons in his premises. These include .32 bore revolvers, .315 bore rifles and 12 bore guns. ammunition for 7.62mm rifle used in self-loading rifles (SLR) and 303 rifles. The 7.62mm ammunition is prohibited bore for private individuals, who are not allowed to own such firearms even if they have a licence. 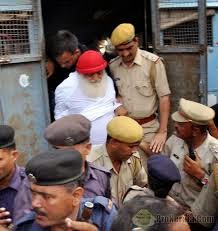 Rampal is in deep trouble and has joined the ranks of two more ill-famous self proclaimed Godmen, who are also laungishing in jail. The first of the duo is Asaram Bapu, born Asumal Thaumal Harpalani, who had built his first ashram on a 10 acre land in Gujarat in 1970. Harpalani came into trouble when in the month of August 2013, he was accused of sexually assaulting a 16-year-old girl at his ashram in Jodhpur, on the pretext of exorcising her from evil spirits. Two days after the alleged assault, the girl's parents filed a complaint with the police in Delhi and a medical examination confirmed that she had been assaulted. Harpalani did not appear for interrogation and finally Delhi police booked him under Indian Penal Code sections involving wrongful confinement, rape and criminal intimidation. He is in jail since October 2013. 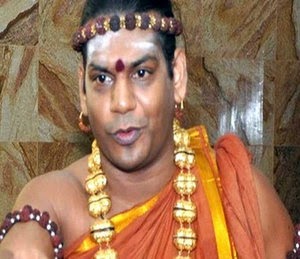 The third godman languishing in jail is Nityananda swami, born as Rajasekaran in Thiruvannamalai in Tamil Nadu. He established his ashram at Bidadi, near Bangalore on 1 January 2003 and called it as Nithyananda Dhyanapeetam. He has been alleged to have accumulated ₹1400 million in Karnataka and Tamil Nadu. A former follower of Nithyananda, Arathi Rao, alleged that Nithyananda had repeatedly raped her. He was first arrested by the police on 13 June 2012 but was released on bail the next day. After failing to appear for a court-directed sexual potency test, passports of Nithyananda and 30 of his associates were seized at Delhi Airport. He finally undertook the potency test in September 2014 and after he passed it, has been charged with rape.

Wikipedia reports that there are more than 400 Ashram or seats of saints run by Godmen. Not all of them are run by people with criminal bend of mind. The question arises as to why Indians find themselves so much gullible to charms of these self proclaimed Godmen. One news item says that Rampal was bathed in milk daily by his disciples and this milk was used to make the sweet or “ kheer” that was distributed to devotees. I find impossible to understand the psyche of the desciples, who can go to such ridiculous levels. Most of these Godmen are excellent speakers and preachers and have a power to attract disciples and make them believe in whatever they say. The desciples are so much mesmerized by these Godmen that they start believing these Godmen to be infallible.

One may argue that poverty of Indian people may be leading them to the charms of such Godmen. But often we see that it is the rich, who are the most gullible and easiest targets and usually become victims of such criminal saints. It has got to do with some born mental frame or weakness that Indians have towards mysticism.

Whatever may be the reasons, the fact remains that these fake and bogus Godmen, who go on cheating people merrily, continue to have a field day in India. It is businesss as usual for them.