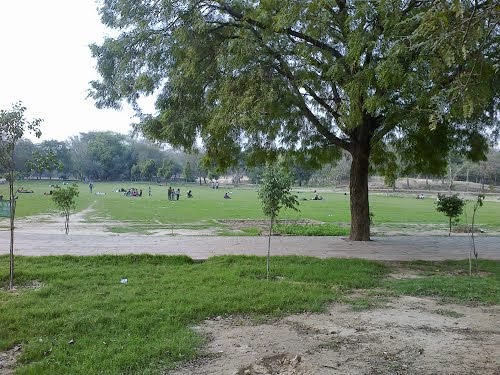 About 4 months ago, I had an occasion to visit the Government museum in Chennai. On the back side of the library building, I saw two huge statues of some British officers from the colonial days, that looked completely out of place there. The statues; clear symbols of the colonial era once, looked pathetic, orphaned and forlorn, as there was no proper maintenance with bird dropping menace looming large. During entire period of my visit to the museum, I saw not a single person showing any curiosity about these statues. They were just there, perhaps shifted from their original street corners or wherever they were initially erected. Later I read somewhere that some statues of colonial era were indeed shifted during World Tamil conference held in Chennai in 2010. I have no firm knowledge, whether the museum statues were the ones that were shifted, but they could as well be.

Three statues of once all powerful queen of England; queen Victoria, have apparently met the same fate as that of Chennai museum statues, a few days ago. Till last week, these statues occupied a pride of place in “Paliwal Park” in the city of Agra-famous for its Taj Mahal.

K.D.Paliwal Park, spread over an area of around 70 acres, is located in the heart of Agra, India. It has a small lake within, where one can take a boat ride. It boasts of a vast variety of trees. Many people come here for morning walks. The place is full, especially during the summer holidays when youngsters play all sort of different games. This park was known as Hewitt Park during the British Raj. It was renamed in memory of Shri Krishna Datta Paliwal, the first finance minister of Uttar Pradesh, when Shri Govind Ballabh Pant was the Chief Minister of then U.P State. 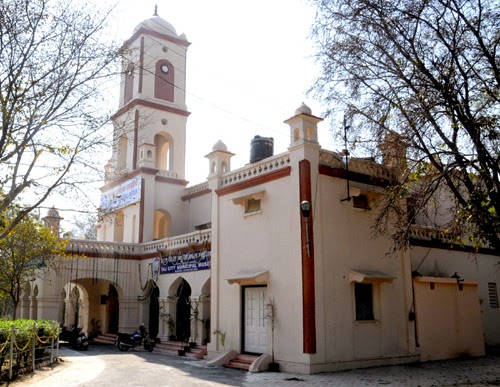 A library, known as John's Public Library or Agra Municipal Library, is also located within the park and one can find rare books on diverse topics here. It was built through donations from wealthy residents of the city and was named after an English industrialist and diamond merchant who contributed for the construction of the building in 1922. For long, the library building served as the city parliament. In 2011, the dilapidated library building was restored and re-opened.

The three statues of queen Victoria are quite grand, each between 10 and 12 feet tall. They have now lost their shine for being out in the open for so long. They were sculptured from a mixture of 10 metals, including gold. In one of the statues, the 19th century British queen is seen holding a sword, symbolizing her role as supreme commander of British forces; in the second, she holds a sceptre, a sign of her political power. In the third, she has a Bible in her hand to demonstrate her spiritual side. 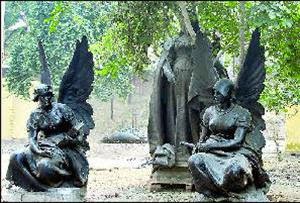 Sometime last week, a city group known for its strong handed tactics, Bajrang Dal, found that existence of these statues in a public park could be converted in an issue on which they felt they can draw some mileage. They drafted a memorandum and sent it out to local administration, on November 7, demanding that the statues are a relic of our colonial past and should be removed from the park within 72 hours.Bajrang Dal state co-convener Ajju Chauhan came out with a statement in which he is believed to have said;

"Paliwal Park is the heart of Agra. The Bajrang Dal is absolutely against having any sign of colonialism here. We are against such signs anywhere in the country. I am surprised that a huge amount of money is wasted in the maintenance of these statues and the library, which only serve as reminders of slavery."

To avoid inflating in a new controversy, the local administration decided to nip the problem in the bud itself and quietly removed the statues on November 10th to a more innocuous part of the park; to the backyard of the Agra Municipal Corporation's John's Public Library.

Bajrang Dal, obviously feeling uneasy because they were deprived of an issue to settle, so early before they could even start any protests, have now launched within 3 days, a new campaign. They now want to ensure that the name of John's Public Library is changed too. Ajju Chavan says;

"This library should ideally be named after Ram Vilas Sharma, a renowned Hindi author who refused several prestigious awards because what he sought was the enrichment of the Hindi language, not awards,"

Some people from Agra are not happy with the removal of statues. One person commented that he was sorry because Bajrang Dal had such little appreciation or understanding of history. "If the Bajrang Dal has issues with all signs of the British Raj, it must call for the banning of train tracks and water lines, too, for these were also put in place by the colonial government.

It is start of a new phase of existence for the statues of queen Victoria. Just like their counterparts in Chennai, these statues now can only sit or stand in whatever position they are, where they have been shifted, catching dirt, dust and bird droppings. Their glory days are over.