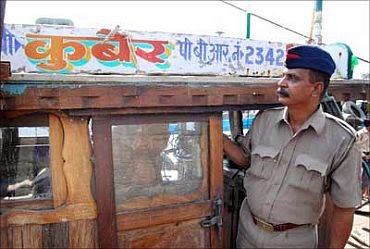 Exactly six years ago to the day, “Kuber,” a fishing trawler registered in the Porbandar city of Gujarat as PBR2342 was speeding under cover of darkness, towards India's commercial capital Mumbai. Riding the boat, were 10 men, armed to their teeth and a “tandel” (ship's captain), who was steering the ship under duress with a gun pointed at his head. The trawler was earlier hijacked by them in the Arabian sea, when it was on a fishing trip and all its crew members, except the “tandel,” were murdered in plain daylight and thrown overboard. As the ship neared the coast, the men asked the “tandel” to slow down and quietly shot him and threw him overboard. Immediately, the men transferred themselves to two inflatable speedboats and rushed to Colaba coastline of south Mumbai. The 10 men were Pakistani members of Lashkar-e-Taiba, a terrorist organization based in Pakistan itself. After reaching the shore around 2000 Hrs, they went ahead with precision, what they had planned to do- launch a terrible terror attack on Mumbai. By the time they were killed-rounded up by police, 4 days later,164 innocent people had lost their lives and 308 seriously wounded.

One question had troubled India's security organizations, during investigations on the case that how did “Kuber” made it almost to the coastline, without being noticed? As the case progressed, came the stark realization, that India's coastline needs to be monitored 24X7 basis and there are gaping holes along the coastline security through which an attack like the one on 26th November was launched and can be repeated anytime again.

To guard against any such attacks in future, Indian Navy and coastguard have now set up an Information Management and Analysis Centre (IMAC) at the Air Force station compound in Gurgaon near India's capital New Delhi. This centre will operate a brand new system called as National Command Control Communication and Intelligence Network (NC3I) to interlink 20 naval and 31 Coast Guard monitoring stations to generate a seamless real-time picture of India's nearly 7,500-km-long coastline.

NC31 will collect, coastal surveillance information obtained from various sensors such as the coastal radar chain of the Indian Coast Guard, which consists of 46 radars (and 30 additional radars in planning stage, to fill all the gaps) and automatic tracking systems as well as electro-optical cameras. Apart from coastal radars and optical sensors, NC31 will also draw information from automatic identification systems fitted on merchant ships and has a comprehensive shipping database of world registers of shipping for analysis of traffic. It is capable of handling 30000 to 40000 ships per day.

Enormity of the challenge to monitor the coastline can be judged from a few facts. India is a maritime nation with 90 percent of its trade through the sea. It has about 5,000 merchant ships around and two to three hundred thousand fishing boats operating on our coast line. There are chances of sea piracy also.

51 Naval and Coast Guard stations linked by NC31, are connected to IMAC on dedicated terrestrial data circuits linked by high speed optical fibre networks and satellite links that serve as a back-up in case of emergency and connectivity to stations in remote locations. Data from various sensors and databases will be aggregated, correlated and then disseminated to various stations or hubs for enhanced awareness.

According to a Naval official, guarding land borders through fencing, electronic devices and pickets is comparatively an easy task. At sea, there is no such luxury. The NC3I network should prove here to be of great value as it would be able to alert the Navy and the coastguard of all unusual or suspicious movements and activities at sea.

The project, approved in 2012, has been completed and has become operational in 15 months at a cost of Rs.4.53 Billion. The network was built by state owned Bharat Electronics Limited (BEL) which has sourced customised software from the US' Raytheon corporation. The software incorporates hi-tech features like data fusion, correlation and decision support features thus facilitating better decision making. 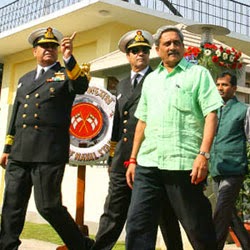 India's defence minister, while inaugurating the system, made mention of some gaps in the radar coverage on west coast, which has led to an increase in smuggling activities. With the balance radars in place, these gaps would get closed eventually.

IMAC is no doubt a step in right direction and the nation can breathe a little easier from now on.