A great step forward- getting hassle-free visas for India 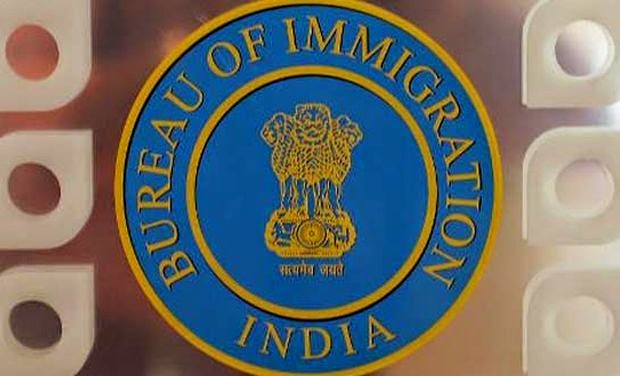 India happens to be one from a group of countries, whose citizens are always treated with great suspicion, when they apply for a visa to visit a foreign country. But it was not so in the past, as I recollect from my experiences. It used to be very easy for Indians to get visas fifty years back. Even 30 or 35 years back, things were not that bad at all. In the seventies, no visa was required for Britain, Germany and Switzerland and for other nations travel agents used to get visas easily.

Things slowly changed, when affluent nations started fearing that because of no visa regime, large numbers of Indian workers may start migrating to their countries. As far as US was concerned, up to 1946, India was not even in the list of countries from where migration was allowed to USA. After that, it was given a quota of 100 immigrants. US also was the first country that started interview procedure for issuing visa and it was later picked up by UK. Other countries also have become very strict about issue of visa, over problems of immigration.

I do not really want to go in the reasons for such visa regimes and whether it is justified because issue of visa is really problem of that country. However,as visa regimes of other countries were tightened more and more and made more rigid for Indians, what was the Indian reaction? India also took reciprocal steps and tightened its visa regime. This step was perhaps the single most detrimental step from tourism dvelopment point of view.

As it is, India has a very bad image abroad, because of its high population, poverty, lack of infrastructure and pollution. The media world over add fuel to fire by mainly publishing negative stories about India, such as rape and crime. This instills even more fear and insecurity in the minds of tourists, who might want to try India.

Luckily, India's problems are not unique. There are many countries such as Vietnam, Cambodia, or Indonesia, which face similar problems. These countries have however realised much earlier the potential of tourism as a business, which can bring rich rewards in terms of boost in local employment in the service industry and earning of foreign exchange. Countries like Thailand and Indonesia, neglecting the principle of reciprocity, introduced visa on arrival schemes. I have travelled to Indonesia and can vouch that this system works quite well.

No one can doubt India's potential as a tourism destination. There is such a wide variety available from beaches to mountains, religious places to remnants of ancient civilizations, jungles to deserts. Unfortunately, this potential has never been tapped. There are number of reasons for this but visa difficulty remains one of them.

Let us consider case of Cambodia. The country was war torn by series of civil wars for more than 10 years before peace returned in 1979. The country is poor but has tremendous tourism potential because of the 9th-11th century Hindu temples such as Angkor Wat. Cambodia gets between 3.5 to 4 million tourists per year and is a major foreign exchange earner for this impoverished country. The country has excellent infrastructure in tourist areas. But that is not all. It started offering electronic visas sometime in 2005-2006. Ease of getting these visas is one of the fundamental reasons for the stupendous tourism growth in that country. I can tell you from my experience in 2010, when I applied and received my travel authorization on line from Cambodia authorities, that the process really works well and hassle free. Perhaps the most important thing is that you can do all this from comfort of home and there is no anxiety in your mind, when you actually travel.

This week, finally giving up its long cherished reciprocity principle, India launched similar online visa facility for 43 countries including the US, Australia, Japan, Israel, Germany and Singapore. Travelers can apply for a visa from the comfort of their homes and receive a visa within 72 hours. The electronic travel authorization (ETA) will be valid for 30 days and the visa fee has been fixed at $62. Those traveling on leisure, short duration medical treatment, casual business visit or to meet friends and relatives will be eligible to apply. The facility will be made available at nine airports including Delhi, Mumbai, Bengaluru, Chennai, Kochi, Goa, Hyderabad, Kolkata and Thiruvanathapuram.

Besides countries mentioned above, the other countries included in the first phase are Russia, Ukraine, Brazil, UAE, Jordan, Kenya, Fiji, Finland, South Korea, Singapore, Mauritius, Mexico, Norway, Oman and the Philippines. However Government promised that barring high-risk countries, we will extend this facility to almost every country in the world, phase-wise.

The new system will send an e-mail to the applicant after his application is approved, authorizing him to travel to India. A printout of this e-mail is all that would be required to be shown to immigration officer. Visa application can be made between 4 and 30 days prior to proposed date of arrival.

Besides, travellers of foreign origin, there are millions of people of Indian origin, who have taken foreign citizenship or are citizens by birth of that country. I can tell you from my little interaction with such Indian diaspora that travelling to India is a cherished ambition for many of them. Many of them find that getting a visa for India quite troublesome and avoid making trips to India. The new scheme is likely to be most beneficial to them. In coming years, I am confiedent that number of tourist arrivals in India are going to jump manifolds just by this single step.