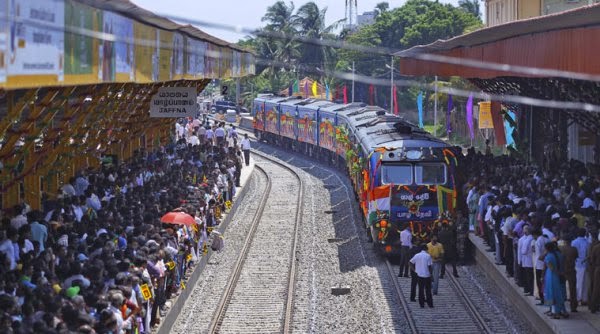 One of the Indian Railways subsidiary companies, IRCON's (IRCON International Ltd.)efficient project execution and an aid package worth US$800 in form of a line of credit from India, has made it possible for Sri Lanka's iconic train “Yal Devi” or “Queen of Jaffna” to return, after an absence of almost 24 years. The once-popular train, linking the capital “Jaffna” of the ethnic Tamil's northern heartland, to the rest of Sri Lanka, was discontinued in 1990 due to the country’s civil war. IRCON' railway restoration project in Sri Lanka, has actually restored not only Jaffna route, but another key rail route also. The Jaffna rail link connects Omanthai- on Colombo-Jaffna route- to all the way up to Kankesanthurai, the northern most tip of the island with a naval base and a port that India is helping rebuild, The other route that is restored is from Medawachchiya — in the historic city of Anuradhapura — to Talaimannar. This route is also nearly complete and is likely to be opened in December 2014. 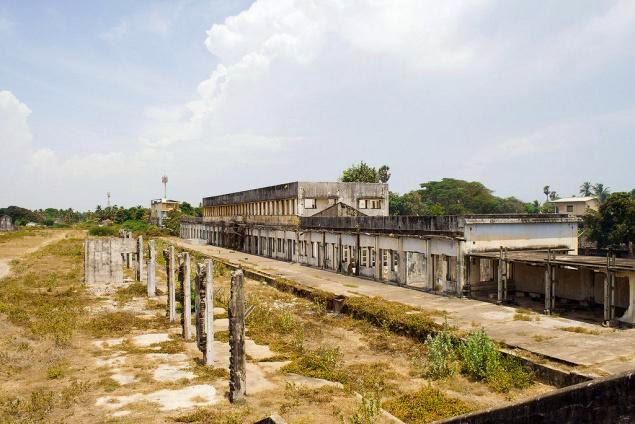 "Yal Devi” express train was introduced on Colombo-Jaffna route to cut down travel time in 1956. Till its run was stopped in 1990, due to war like condition in north Sri Lanka, it was a popular and a favoured option for many frequent passengers. People from Jaffna, who worked in Colombo went home every week end by this train. They would take the train from Colombo Friday night, and then took the train back from Jaffna on Sunday night. Though “ Yal Devi” express was introduced sixty years back, the Colombo-Jaffna railway route is much older.

1st August 1905 was a red letter day in the history of Sri Lanka; then known as Ceylon. It was on this day, that the first ever train had chugged in the newly built Jaffna station, located in the north of the country after having travelled all the way from the capital city of Colombo situated in deep south. The journey had taken 13 hours and 20 minutes to cover a distance of about 350 Km.

Demands for this line were being made from as early as late 19th century itself, by the residents of northern Sri Lanka region to the British administration that ruled Sri Lanka. Responding to the demands, the Government had appointed “The Jaffna Railway Commission,” which came out with its report in 1891, recommending the construction of a new railway line (now known as the Northern Line) from Polgahawela to Kurunegala and a survey of a line up to Jaffna city. The proposed line was supposed to join the Main Line at Polgahawela Junction. Construction work had started in the year 1900 and was completed in 1905. That is when the first train from Colombo had reached Jaffna. 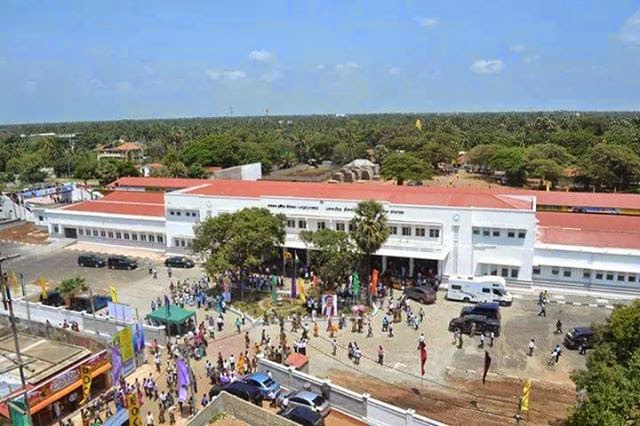 The train travelling between Colombo and Jaffna was very popular and people would even use it to mark time around 1920, by saying “steam coach has arrived, it’s one o’ clock!” and would plan their day based on that time marker. Even Mahatma Gandhi had used this train once to travel to Jaffna. Gandhi was in Ceylon in 1927 to raise money for India’s poor and on an invitation from the Jaffna Youth Congress, had boarded a train in Colombo along with Rajagopalachari to reach Jaffna. After reaching Jaffna, he had addressed students in various educational institutions in Jaffna. It was a radical era in Jaffna and Gandhi’s visit drew huge crowds.

After his Jaffna visit, Gandhi took a train to Talaimannar and later, taking a ferry serice had reached shores of India. As I have mentioned above, Anuradhapura — Talaimannar rail route has also been reconstructed by IRCON and is likely open by December. Indian Government plans to re-start the Ferry service, when this rail segment becomes operational. IRCON has brought from India about 400 people to Sri Lanka to work on restoring the Northern Rail line. 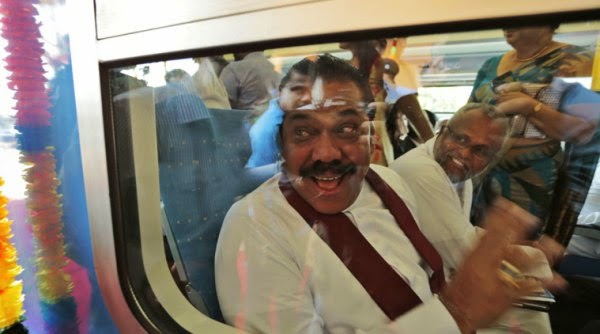 Sri Lankan President Mahinda Rajapaksa inaugurated the new train service by riding on “Yal Devi” express from Pallai to Jaffna on Oct. 13, 2014 after buying a ticket and boarding the train for the last 43 kilometers (27 miles) of the journey and opened several railroad stations along the way. He is believed to have said;

Many government ministers and military commanders also joined Rajapaksa on the journey and thousands of people had gathered at every station to greet the train and rushed to take their photographs with famous “Yal Devi.” 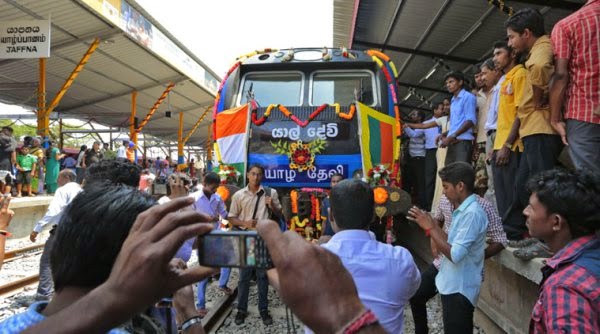 It was a great sight to see, a train decorated with banana plants and colorful flower garlands, arriving in Sri Lanka’s northern Tamil heartland being cheered by tens of thousands of people after 24 years.