The Cattle shall stand only! 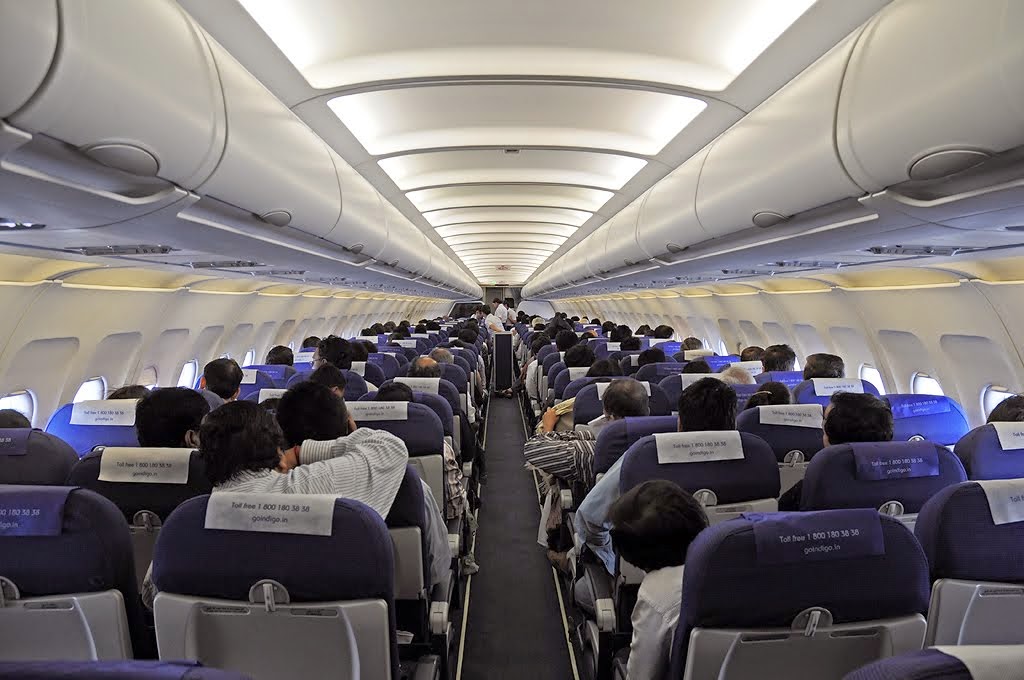 Many decades ago, when air travel was still a novelty and not many could afford it, India's national airline, Air India used to advertise its planes as “Your Palace in the sky.” Till that time, my scanty experiences with flying machines were restricted to few short hop flights on India's other Government owned domestic airline, Indian Airlines, which essentially operated small aircraft.

Indian Airlines aircraft were small, yet quite spacious with enough leg room and wide enough seats, where one could sit comfortably. Another thing was that the airline had only one class of travel; the economy class. I had no idea of any upper classes like business or first class till I made my maiden international flight from Mumbai to Rome in 1975. That time I flew by Air India Boeing 707 and during this flight I saw for the first time, what was then called as the first class cabin in the aircraft, where the seats were wider and more comfortable and the service was far more personal and better.

As the time went by, first came the Jumbo or wide body jets with much more sitting capacity. With them, another upper class for travel, now called as Business Class was created. The new aircraft had far bigger seating capacity, which brought the airfares down, enabling many rather to fly than travel by train, around the country. With arrival of Business class, the old economy class was now nicknamed as “Cattle Class” by many, referring to new cramped seating.

In spite of more number of passengers, airlines still gave good service to travellers; drinks, good food etc. But the advent of Budget airlines, changed all that. These new airlines offered seats at a much lower cost but all the frills and comforts were gone. It became necessary to buy food and drink on board and airlines kept the prices of food so high that most of the passengers were unwilling to buy it. In earlier days, airlines provided free transport from the city to the airport. That was gone too. In cities like Bengaluru and Hyderabad, the new airports are so far away from the city that taking a cab to go there can turn out to be an expensive and time consuming proposition. 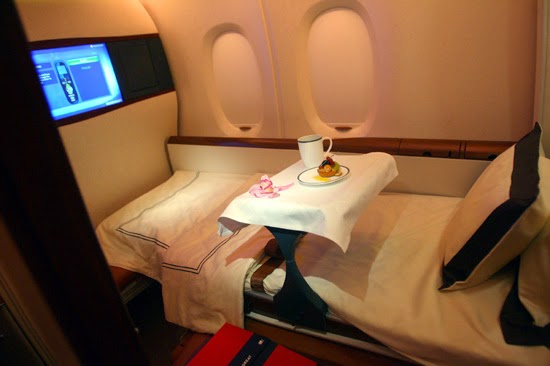 For a economy or cattle class traveller like me, the first indications of widening gulf between first and business class on one hand and economy class on the other hand came when Airlines like Etihad, Emirates and Singapore introduced first class suites, where one could spend his time in total privacy and comfort. Even in Business class, the seats could be converted into flat beds. Since then, these super comforts have become almost the norm in airlines business. Therefore any one would ask the simple question, as to from where the extra space came from? The answer is quite simple; the space was extracted from the economy class cabins, by cramping the seating arrangements there. But how was it done? 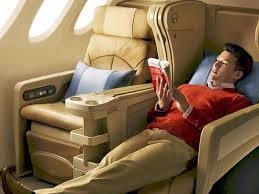 So far, 18 inch wide seats were a standard in economy class. This was reduced to 17 inches. Distance between rows was reduced by 2 inches by using new skinnier seats. Lastly, lavatory spaces were reduced. All this meant extreme discomfort for passengers, not only who are overweight, but also for those, who are taller than the normal. The seats had enough cushioning earlier but now airlines have only slightly cushioned chairs. The armrests also have been made narrower. The leg room now is at a premium. Only first five rows now have extra leg space and these are sold as semi-business class seats at a higher price. Above measures and shifting of the lavatory from front of aircraft to rear, made it possible to add one or two more rows or six to nine more seats in the aircraft. After adopting these new measures, Airbus has increased the maximum seating capacity on its A-320 aircraft from 180 to 189, similarly Boeing offers 197-seater B-737. Airbus is planning to increase the capacity of the bigger A-321 (the aircraft with 240 seats, from current 230. 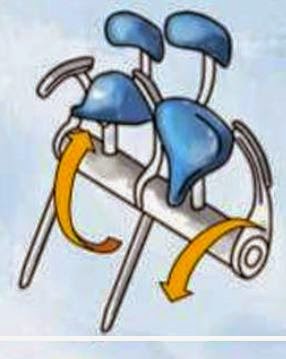 Bicycle seat for the future

The problem is that most of the airlines in India are making huge losses and it is doubtful, whether these small changes would bring back them in black. So what next for the poor cattle class travellers like me? If we see the trends in Europe, some leading full-service carriers in the west are offering non-reclining, wafer-thin seats on short-haul flights. Since the seat can not be reclined at all, one more row can be easily fitted. 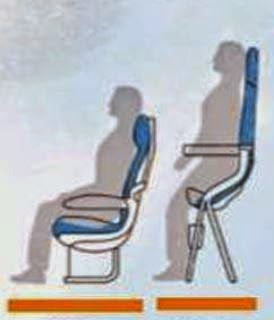 Standee seat for the future

Airbus industries has filed for a patent for a seat that is something similar to a bicycle seat with a tiny backrest; no tray tables and armrests. These seats fold back, when not in use. An aerospace engineering professor Fairuz Romali suggests a standing chair, which only has a skeletal support for the body, so that a seat belt can be used. All these ideas, once thought to be weird, may actually come in use. The future of economy or cattle class passengers appears quite gloomy to me. In the future, we may even a sign flashing inside aircraft cabin that will say; The cattle (Economy class passengers) shall only stand. Ha!Ha!