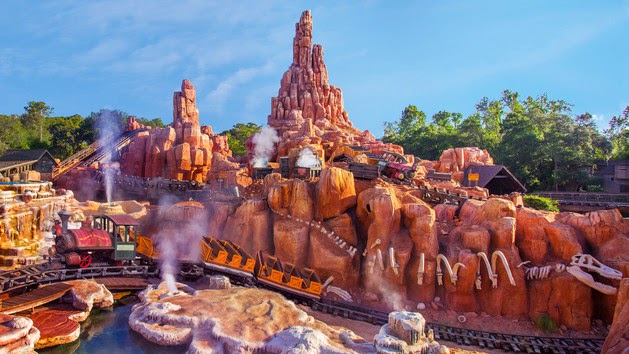 Many years ago, I was visiting Disney World in Orlando, Florida, along with my wife. The place had many roller coaster rides, beautifully made up with different adventure scenarios. One such ride there was called as “Big Thunder mountain Railroad.” Here was a make-believe world, in which a visitor ventured amid rugged bedrock and desert cactus, inside a nearly 200-foot man made mountain to the mines of Big Thunder Mining Company, established in the early days of America’s Gold Rush and then triped down into an abandoned mine shaft. I recollect that the ride was quite thrilling and enjoyable. But it was soon over and we came out. After we started walking over to the other sites, I suddenly realised to my horror that I had lost something important.

Those days, there were no digital cameras available and in India, because of the import restrictions, only box cameras were available. I was carrying with me an old, IInd world war vintage, Leica IIIc camera, that belonged to my father, with a 35 mm colour film roll in it. The camera required that the aperture and shutter speed to be set, before every shot, to get good pictures. Since colour roll film was very expensive, I had to ensure that camera was properly set up before a picture could be shot. Since my Leica IIIc did not have its own built in exposure meter to indicate the correct aperture-shutter speed combination, I was carrying a “ Weston” brand exposure meter to take the available light readings for setting up the camera. I used to hang usually both these ( camera and exposure meter) that belonged to my father around my neck. However during that particular ride, I had kept the exposure meter in the pocket of my trousers. I had found out after the ride that it was my most glaring mistake, because the exposure meter was missing. It had fallen off from my pocket while the train was going Topsy-turvy on curves.

We completed that day's programme and went back to the motel, but I was really upset about the loss. During those days, it was not possible to easily replace such stuff, because imports were not allowed and buying an exposure meter in US during that trip was impossible because we were on a shoe string budget. Next day, we returned to Disney world again, as our tour was for two days. As we approached the entry gate, we saw a sign that meant “ Lost and Found.” My wife suggested that we go in there and check our luck. We went in and I told the staff present there, about my missing “Weston” exposure meter and the leather carrying case. The lady asked me to wait and went inside. Within minutes, she returned and my eyes gleamed with joy, as I saw my old “Weston” in her hand. I thanked her profoundly. My Disney World trip was going to be a memorable one that I would remember for rest of my life, not for its rides, but rather for the efficiency of its “Lost and Found” department. 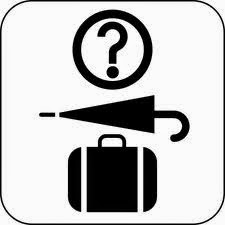 I was so much impressed there, because I had realised for the first time in my life, that one can actually get back his lost stuff. I do not think that in India, such a thing is even in realm of possibility, unless you have forgotten a thing in a small shop or a restaurant. Most of the public organizations like transport services, railway stations, airports, have their lost and found services, but instances of getting back something valuable, that is lost, are almost never heard off. In fact, if someone is lucky and actually gets back some lost stuff, it actually becomes a news worthy story and often reported in press.

As a person born and brought up in India, I have learned to take care of my personal stuff, when I am in public places or travelling, like most of us, because of the simple reason that chances of getting back anything lost are absolutely remote. I distinctly remember an incident, when I lost something for the first time in my life. This happened, when I must have been a boy of 10 or 12 years old. I had gone on a school excursion to see famous “Gokak” falls in Karnataka state of India. My mother had given me a small leather purse with 1 or 2 rupees for personal shopping during the trip (lots of money for a school boy during 1950's). On the first day, I remember that I had that purse in my pocket and even bought some non-descript stuff. Next day I had found to my horror, that the purse was gone, probably picked by some petty thief. I felt extremely bad, but there was no chance of its recovery. I just sat in a corner, when everyone else had time of their lives in the market. 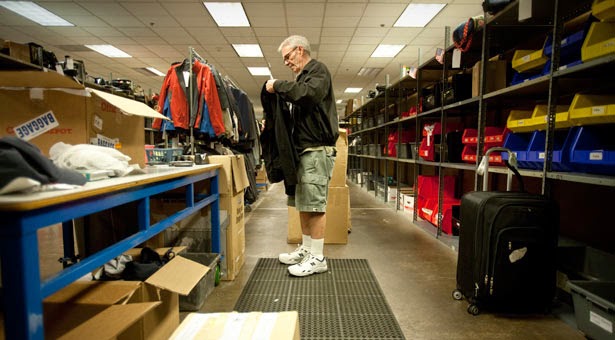 Ever since that day, I have learned to be careful about my personal things and money that I have on me, even when travelling on the super crowded suburban trains in Mumbai. Luckily, I never lost anything again. One learns to be extra careful in India. I am not born lucky like some people in this respect. One of my relatives lost his diamond ring on the lawns of a garden in “Andheri,” a suburb of Mumbai. We could not believe our eyes, when he actually found it later lying on the lawn. Another relative of mine, forgot his bag in a pre-paid taxi, while getting out at an airport. Here again something unbelievable happened and the taxi driver, who was informed about the loss, actually drove back all the way and returned the bag. I am very sure that nothing of the sort will ever happen to me. If I loose a ring or a bag, it is gone for ever, absolutely no chance of its retrieval ever again.

These days, as a senior citizen, I have acquired new skills in forgetting things like switching off fans and lights, flushing the toilets etc., which normally result into extensive discourses from my wife. However, I have my revenge, when she also forgets things. But so far at least, I have managed to hold on my things, particularly when in travelling. Many a times I misplace things like airline boarding passes, which are essential for connecting flights, but after some fumbling I usually find them. Keeping tab of all the personal stuff is a major challenge for every one, but if one does not want to go through the agony and prospects of getting his mood spoiled particularly when travelling, he should device ways in which things would not get lost. Some people have special pockets stitched on their clothes, some carry special purses hung from their necks. Such things definitely help.

I still keep loosing odd things like spectacle cases or umbrellas, once in a while, but I consider myself fortunate enough not to have visited a “Lost and found” office ever again after that incident at Disney World and I hope that I do not have to do it in again in my lifetime.