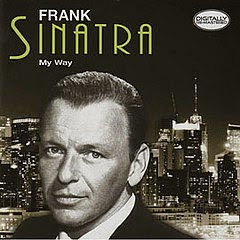 This week we feature a song by Frank Sinatra "My Way," that tells the story of a man who, having grown old, reflects on his life as death approaches. The song was released in early 1969 as a single. It reached No. 27 on the Billboard Hot 100 chart and No. 2 on the Easy Listening chart in the US. In the UK, the single achieved a still unmatched record, becoming the recording with the most weeks inside the Top 40, spending 75 weeks from April 1969 to September 1971.

The same song, sung by Elvis Presley was released in 1977, several weeks after his death, as a single. It also became extremely popular on the charts.


If you can not see the embedded video on your android devices, here is the link. http://youtu.be/6E2hYDIFDIU You can also copy and paste the link in your You Tube App. If that also does not work, search You tube, My Way, Frank Sinatra, Elvis Presley.
12th October 2014