Filling up the system blocks 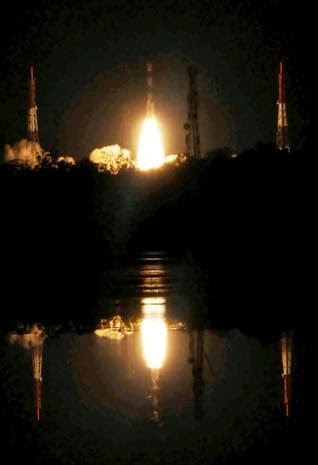 In the design of any system, one of the first thing that would be done by the designers is to come up with a system block diagram. This diagram would have series of rectangular blocks drawn on paper and connected to each other by means of straight lines as required. Name of a system component is then written down in each empty block to complete this diagram. Design of each individual block can be taken up next.

System Designers pf the Indian Regional navigation Satellite system must have similarly concluded that they need to have seven satellite eyes in the sky for this navigation system to work reliably and efficiently. This meant that India would have to send 7 satellites that would stay in Geosynchronous orbits around the earth and would appear stationary all the time. 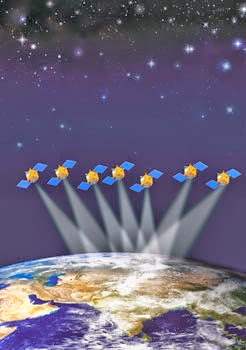 About 40 Km from the IT hub city of Bengaluru in south India, lies a remote hamlet known as “Byalalu.” Travelling on Bengaluru-Mysore highway, one needs to take a right turn in Kumbalgod Industrial area and then proceeding on a rather bumpy road, he can reach this sleepy hamlet with plain farm land dotted around and a typical rural setting. Readers are likely to ask a question as to why in the first place any one would like to travel to Byalalu? The reason is simple. This sleepy village now hosts a new facility that would soon become the nerve centre or the hub, of India's navigational satellite constellation, called as Indian Regional Navigation Satellite System (IRNSS).

The Indian Regional Navigation Satellite System (IRNSS) is designed to provide precise location- and time-based services to a variety of users on land, sea and air across the Indian region. IRNSS would consist of a constellation of 7 satellites together, that would form an independent regional navigation satellite system designed to provide position accuracy better than 10 meters over India and over the region extending to about 1500 Km around India. It will provide an accurate real time Position, Navigation and Time (PNT) services to users on a variety of platforms with 24x7 service availability under all weather conditions. 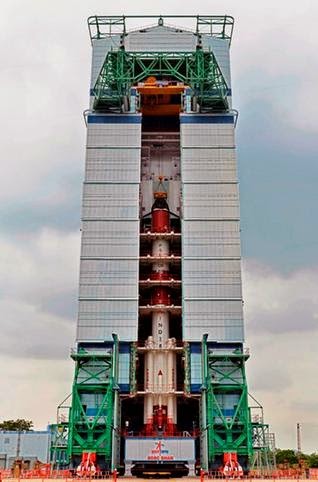 At present, U.S., Russia, Europe, Japan and China have set up such satellite constellations. GPS set up by US is well known. Russia has its own GLONASS and the Europeans have built Galileo constellation. These are global navigation satellites which can be used by anybody anywhere in the world with the help of a receiver.

Question arises as to why India needs its own navigation system then! The answer to this lies in a little historical episode of 1999. In this year, Pakistani troops had invaded in Kargil and India needed some vital GPS information. India requested US, which controls GPS, to furnish that information. But to Its dismay, India found its request denied. A decision was taken then to have own Indian navigation system, which would make all data of military importance always available to the country.  The IRNSS system is therefore planned as a regional navigation system that shall provide positional information to users only in India and the region around its borders. In simple terms, IRNSS would be an independent positioning system like GPS that will give data on the position, navigation and time of persons or objects to a range of users in the Indian sub continent.

The first satellite from IRNSS constellation IRNSS-A was put into orbit on July 1, 2013. This was followed by IRNSS-B, which was launched on 4th April 2014. Both the satellites were subsequently moved up by using on-board rocket engines to a Geosynchronous stable and circular orbits of approximately 35900 Km height from surface of earth. (A satellite in a Geosynchronous circular orbit appears stationary to an observer on earth.) 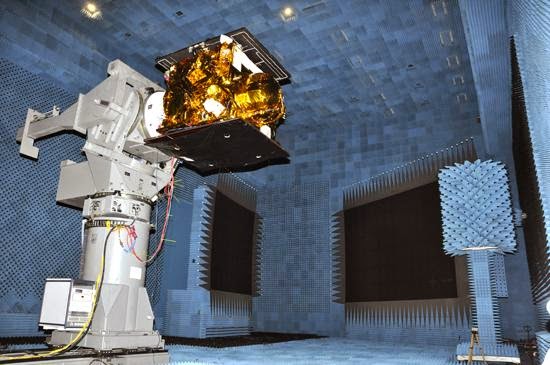 ISRO has now put the third satellite IRNSS-C ,into a transfer elliptical orbit at 1.32 PM on 16th October 2014, with a perigee roughly about 282 km and an apogee of 20,670 km. The launch was done after midnight because the IRNSS-C had to be put into a special sub-geosynchronous transfer orbit, with a specific inclination. Within next few days the satellite would be raised to a Geosynchronous stationary orbit using on board engine. The 1400-kg-plus spacecraft was put into an orbit by ISRO's workhorse PSLV-C26 launch vehicle from the space port located in coastal Andhra Pradesh as a part of a seven-satellite IRNSS constellation that is being put in orbit over the next two years.

One more IRNSS satellite is likely to be put in orbit by 2014 end, which means that by 2014 end, India would have 4 IRNSS satellites positioned in space. To start operations of the IRNSS system, ISRO needs at least 4 satellites positioned in Geosynchronous orbits. It can be therefore hoped that at least some kind of rudimentary positioning system would start functioning before end of the year.