Bulldozing through the space 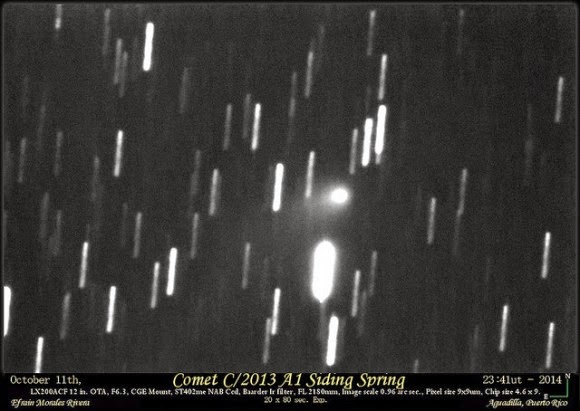 Imagine yourself driving on an empty straight road. Because there is no one around, you have pushed the accelerator pedal little harsher than the usual and the ride is pretty enjoyable. Suddenly you see a huge sized something; on the horizon, rumbling towards you. You naturally slow down and as that thing approaches, you realise that is is a giant howling bulldozer slowly creeping on the road with its monstrous front loader bucket directly pointed towards you. What would you do? I would certainly stop the car on the curb and let that thing pass. Only then, with a sigh of relief, I would press on with my journey.

If I tell you that similar scenario is taking place in deep space, would you believe it? Probably not; but believe me that this is what exactly is happening to India's Mars Orbiter spacecraft, as it was merrily clicking its camera, while going around the red planet.

This week, planet Mars is expecting an unusual visitor. The skies over it will be graced by an unforgettable and spectacular sight. A comet called as Siding Spring and identified as Comet C/2013 A1, is going to have an extremely close passage by the planet. Sliding spring was the first comet discovered in 2013 and was spotted by veteran comet hunter Robert McNaught from the Siding Spring Observatory in Australia. Normally dozens of comets are discovered in any given year. However, this one really caught the attention of astronomers because it was perceived to hit Mars in October 2014. Later observations and recalculations ruled out this event, but it is still expected to speed past the red planet at a real close distance of 87,000 miles (139,500 kilometres) from the center of Mars. This fly past is predicted to happen on Sunday, October 19th, at 18:27 Universal Time (UT) or around midnight IST.

What India's Mars orbiter camera would see if it turned towards the comet? Here are some facts that are stunningly spectacular. The nucleus of A1 Siding Spring is thought to be 700 meters across, its Coma or the nebulous envelope around the nucleus, extends 19,300 km in diameter. The comet’s closest passage is just under six times the distance of Mars’ outer moon Deimos, and at closest approach, the coma will appear almost 8 degrees in size to any would be Martian — that’s 16 times the diameter of a Full Moon as seen from the Earth — and will be crossing the skies at a staggering 1.5 degrees a minute. Mars Orbiter can easily see the motion of the comet as it moves across the Martian sky. The Comet has an enormous tail that would also span the sky. 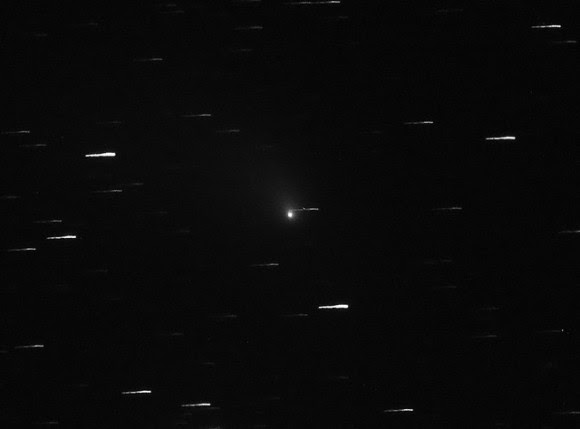 U.S. space agency NASA says, that Comet Siding Spring has travelled many billions of miles and would come within about 87,000 miles of Mars on October 19. The comet comes from the Oort Cloud, material left over from the formation of the solar system.

At present, there are three spacecraft circling Mars. These include NASA'a MAVIN, European MARS EXPRESS and Indian Mars Orbiter MOM. All have taken steps to shield their spacecrafts from any damage from Comet's tail. Mr. Kiran Kumar, Director of ISRO’s Space Application Centre, says that they have altered MOM’s orbit so as to move it behind the Red Planet when the comet arrives. In September 2014, When inserted in Martian orbit, MOM circled Mars in an orbit that was 423 by 80,000 kilometers. To make changes in this orbit, the spacecraft consumed 1.9 kilograms of fuel. 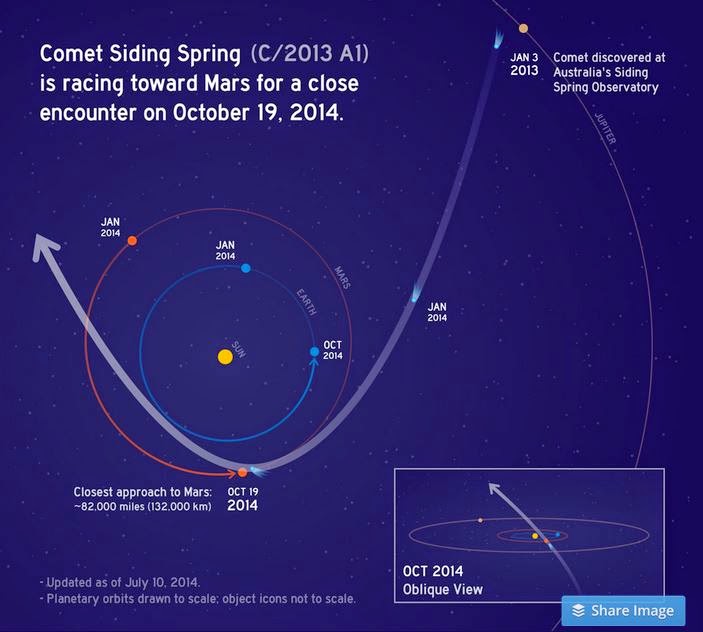 At the comet's closest approach, MOM will be 400 kilometers away from the surface of the Red Planet on the opposite side from the comet. Kiran Kumar says that MOM’s highest altitude is currently 72,000 kilometers, which is expected to remain unchanged even after the departure of the comet. The minimum distance between MOM and the comet on October 19 will be around 140,000 kilometers. According to him the comet will have no negative impact on the future performance of the spacecraft or its science mission.

Mr. Kumar says that MOM will carry out observations of the comet and its Mars Colour Camera will click images of it. ISRO's chairman, K.Radhakrishnan, had stated earlier that the arrival of the comet will be viewed as an opportunity for doing scientific observations. ISRO and NASA scientists will collaborate in analyzing data generated by MOM and MAVEN related to the Comet Siding Spring.

What can I say after this? Well! Dear MOM, enjoy the party.

The comet has come and gone. Most important thing is that MOM is safe and sound, as can be seen from this tweet from ISRO's Mars Orbiter